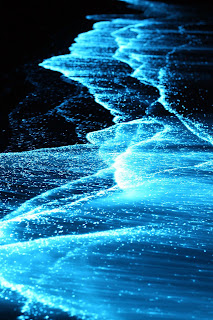 It was as good as any time to visit with Hrym again. There were levels of political maneuvering going on that Anton had no need or desire to be a part of, and he still had a job to do for Dr. Grable. Let Lord Jourdain and Camille handle unstable, shouty aristocrats—they had literally been born for the work. Anton, however, felt more now than ever that he was unsuited to a life in the vast public eye. He didn’t have the instincts for it—he never automatically assumed the worst about someone, and because of that he continually failed to see when they were being their worst. He’d done it over and over again, especially at school, and been burned anew every time.

He didn’t want a sinecure, like so many of his fellows had, or a place in Parliament or at court, just…an honest job where he could use his talents to make the world a slightly better place. That seemed like the most he could hope for at this point, and perhaps was more than he had a right to expect given the company he kept. Imperial bastards, genteel ladies who were also spies…

To Anton’s surprise, he saw Hrym coming out of the small chapel that sat between the engineering and thaumaturgical wings before he even got to his laboratory. Fortuitous. “Hrym,” Anton called out, and the young, stoop-shouldered man obediently stopped and waited for him to catch up. “Thank you. Was there a morning service?” he asked as they fell into step together.

“Oh no, not today,” Hrym said. “Cardinal Proulx always cancels services when someone with a title comes here. It gives the rest of us a chance to…” His voice trailed off for a moment.

“Keep to yourselves?” Anton suggested delicately. He could see why the people in charge of this place wouldn’t want their staff to be seen by many members of the aristocracy—this was meant to be a sanctuary for their castoffs, after all.

“I was going to say hide,” Hrym replied, all bluntness but with a tiny smile on his wide, pale face. “But I had not been to confession in over a week, so he made time for me today.”

“That was kind of him,” Anton said. Cardinal Proulx seemed like a man who paid close attention to the needs of his flock, tiny though it might be here.

“He’s kinder than most,” Hrym agreed. They walked down the long hall of the thaumaturgical building, the board on one side still touched with Caroline’s own handwriting, then stopped outside of Hrym’s laboratory.

“I’d be pleased to wait, if you care to—” Anton began, but Hrym cut him off.

“You can come in, if you would like to.” He blushed slightly. “Lord Atwood says I should work at being more outgoing, and it was a good excuse to finish up some of my simpler experiments and make room on my tables. You’ll be perfectly all right, as long as you don’t touch anything. If you do, though, you shall get quite a shock.”

Well, he was kinder than most to be warning Anton in advance. “Thank you,” Anton said, and Hrym blushed further. “Please, lead the way.” Hrym unlocked the door, opened it, and stepped inside. Anton followed, and—

It was as if he’d stepped into an underwater cave. Anton had seen bioluminescence before, on a trip with his parents to Norfolk. It hadn’t lasted long, just a brief, bright blue glow along the edge of the water where it hit the beach, but Anton had been mesmerized. He’d asked his father if there were thaumaturges nearby who put on the show, and ended up getting a lesson in biology. This room was filled with a similar sense of light pouring out of the darkness. There were sconces, here and there, but no internal windows, and every thaumaturgical symbol in the place glowed blue. Anton turned to Hrym, speechless.

“I make my own chalks,” Hrym said. “And blue is my favorite color. I find it soothing.”

And so you made it glow. Anton didn’t know why he was surprised. “May I…” He indicated the room. “Look around?”

“Oh, yes. Yes.” Hrym pointed to a two-meter table along the wall closest to the door. “I’ve got some symbology to balance over here, but yes, please look.”

It was like being invited to take anything he wanted from the candy store as a child. Anton made his way through the room, careful where he was stepping—it was still quite cluttered, every flat surface and some vertical ones covered with experiments or notations, but that was fascinating in its own way. He recognized all the basic symbols, and some of the spells were familiar as well, but others were completely novel. One in particular, in the far corner of the room, worried at his brain the moment he set eyes on it. That circular pattern, the way the symbol for fire seemed to twist again and again and—

Anton’s lungs seemed to freeze. He didn’t breathe as he leaned in closer, stretching his trembling fingertips out toward the symbols even though he knew it would be foolish to touch them, he’d been warned, but how could it…where had they…who…

“Hrym,” he finally managed to croak. “Where did you get this spell from?”

“That one?” Hrym looked over. “Oh no, don’t look at that, it isn’t finished. Lord Atwood would like me to focus on it more, but I don’t really like it.” He sounded a bit wistful. “He used to bring me new pieces of it almost every day, but he hasn’t given me anything else for weeks now, and I have so many other, better spells to be working on.” He pointed at the one at the table in front of him. “This one magnifies sound. I think I might be able to make it split rock, eventually.”

Of course you could. But Anton was far from done with his interrogation. “Do you know what this spell is meant to do?” Anton pressed.

“It’s clear enough from the symbols, isn’t it? It will create a weapon that never misses its target.” Hrym looked back down at his table. “It seems like a good idea. Isn’t it better to succeed with only one shot?”

Anton reflexively touched the middle of his chest, where another man had taken a bullet intended for him once. It depends entirely on what you’re shooting at, and who’s taking the shot. Where had he gotten this? Had someone recovered the palimpsest from Montgomery? Was it being translated? Or was Montgomery…here?

Anton rounded toward Hrym again, determined to get to the bottom of this, but then the thundering echo of a cannon’s blast reverberated through the building. Anton nearly grabbed a table to stabilize himself. “What the hell is that?” he demanded.

“Oh.” Hrym didn’t look bothered at all. “It’s nothing. Just the tanks firing.”

Just the… Anton headed for the door. He could question Hrym more later—right now he had to be sure that the damn building wasn’t about to come down around their heads.
Posted by Cari Z at 11:56 AM