The Art of Possession is here at last!

It's finally here! The Art of Possession, my treasure-hunting travel-happy adventurous m/m slow burn romance is here at last!

Getting this book out was a long, slow, sad slog through issues with Dreamspinner Press that culminated in me taking my rights back shortly after it's original publication, then waiting for it to go down on third-party sites so that I could put it out myself. I'm just happy to have it out in the world now, frankly.

I've got a lot of stuff to re-release, but this one was at the top of my list, and is probably new to most of you. I hope you enjoy it! 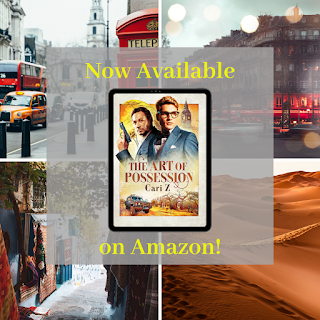 The Art of Possession
When a treasure-hunting black ops soldier and a disgraced, reckless archeologist team up in search of a priceless artifact, they might get more than they bargained for.

Just as they realize the feelings between them transcend convenience and the thrill of the chase, a rival reemerges, threatening everything.

Email ThisBlogThis!Share to TwitterShare to FacebookShare to Pinterest
Labels: new release, The Art of Possession