The Tank: Chapter Thirteen, Part One

Notes: Oooh, finally getting to the title pieces! We're about to have some fireworks, friends--literally! 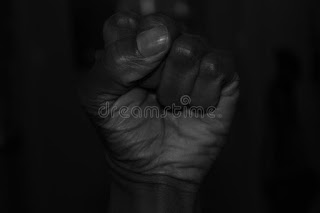 The new vicomte did, in fact, apparently demand an audience with Lord Jourdain immediately, but it wasn’t granted. Instead, Lord Jourdain cited protocol and the fact that he had other guest in residence at the Institute and insisted they sit for a meal before he made time for Ludwig, which had clearly incensed the man striding through the broad doors into the dining hall. He was taller and broader than his brother, less fine-featured and genteelly attractive, but far more active-seeming. He was accompanied by two men in matching dark brown livery, and the looks on all three of their faces spoke of suspicion, anger, and disdain.

All conversation stopped as the three men made their way to the head of the table, where Lord Jourdain was speaking quietly with Cardinal Proulx. “This?” Vicomte Ludwig Voclain denounced in enormous tones as he swept his arm toward Anton and the rest of his party. Camille was here as well, but a little ways apart—it wouldn’t do for him to be seen as getting to close to one of the visitors he’d rescued from the mountains. “This is the reason you put me off, these people? Commoners, tricksters, and judging from the style of her dress—” he looked at Caroline with an expression of pure distaste “—even a foreigner? Are you a fool, to be inviting a wench like that here, or just besotted?”

“Neither, I assure you,” Lord Jourdain said, his voice polite but tone as dry as dust. “Please, be seated to my right, my lord. Now that you’re here, our meal may begin.”

“No need to insinuate so delicately that I’ve kept you waiting,” Vicomte Voclain sneered, but nevertheless sat down. “It doesn’t bother me in the least. Why should it, when you’ve had my brother’s body on ice for two days already?”

“Two days, given the distances at hand, is as nothing, my lord.” Lord Jourdain looked around the table to make sure his guests were seated before finally joining them. Anton, next to Caroline, looked into her smooth, calm face but saw the roiling rage in her eyes of a woman who’d been put down by a man she despised. He knew she could control her reactions to such affronts—she’d done it enough times during her tenure at Oxford, certainly—but he hated seeing her have to.

“Far from nothing when the circumstances surrounding his death are so clouded,” Voclain said, spearing a sausage onto his plate and following it with a freshly baked roll. He tore into both of them with his fingertips, breaking them apart and smashing them together again like a young child just learning to experiment with food. He looked toward Camille. “What do you have to say for your silence thus far, Lord Lumière?”

“I can certainly assure you that I’m exploring every possible avenue when it comes to your brother’s unfortunate death,” Camille replied.

“That sounds like a heap of nothing wrapped around a pile of shit.” Voclain threw his manually macerated food back onto the plate with a huff of disgust. “Why not just say that you have no interest in finding the truth of my brother’s murder, because you are worried it will inconvenience you?”

“It will do no such thing,” Lord Jourdain assured him.

“Oh no? What if the finger ends up pointing at one of your esteemed members? Or one of your guests? Are you certain that the woman over there is not the killer? Or one of those…other people?”
“
I’m sure of nothing but that we will find the culprit, and we will bring him or her to justice,” Camille said.

“Be of good faith, my son,” Cardinal Proulx added, leaning forward a bit as he earnestly addressed the vicomte. “There will be no rest for any of us until your brother’s killer is brought to justice, but in the meantime, life must go on for the living. That means continuing to work, for what better balm is there for misfortune than the solace of work? Is it not written in the bible that ‘This is what I have observed to be good: that it is appropriate for a person to eat, to drink and to find satisfaction in their toilsome labor under the sun during the few days of life God has given them—for this is their lot.’ We all must continue in our lots, my son.”

“Who here toils?” the vicomte asked savagely. “I don’t speak of you, Father, I know you saw war, but who else here has done the same?”

“In fact, Doctor Grable has—”

“I mean true war, the war of men against each other, not a war of magic against men,” Vicomte Voclain interjected with a sneer. “None of you, I wager. You sit in this ivory tower and scheme of ways to wreak horror with your gifts, while those of us who live in simpler, darker places must contend with battle every day of our lives. Who here has encountered the Dévoué more than I and my stout-hearted men? None of you. Not one.” He shook his head.

“You set yourselves up in a place of power and peace and consign the rest of us to a fight we may not be able to win. We are your guardians whether we will it or no, and what do we get in exchange? A few new spells here and there? Not worth it. We need more, and although my late brother was unable to impress that necessity upon you, I won’t be taking no for an answer.”

He leaned forward and locked eyes with Jourdain. “I want your tanks. I want to see them work, and then I want them in my province, in my city, defending my people against the Dévoué. I want them delivered immediately, and if they aren’t, then I’ll be speaking with the emperor next. And if he refuses to listen to me?” He shrugged his broad shoulders. “I’ve made a great number of friends over the years, in very high places. Some are in charge of several large contingents of our empire’s military. I daresay their word will carry more weight.”

With that threat lobbed into the center of the table like a mortar on the verge of exploding, Vicomte Voclain got up and walked out of the dining hall. His men, and everyone else’s words, seemed to walk out with him.
Posted by Cari Z at 12:39 PM