Coming Soon: The Art of Possession

And now, just because I can--The Art of Possession will be re-released soon on Amazon! Do you want to hunt across the globe for stolen treasure with a disgraced archeologist and a wary Black Ops soldier? Darlins, this is the book for you :) 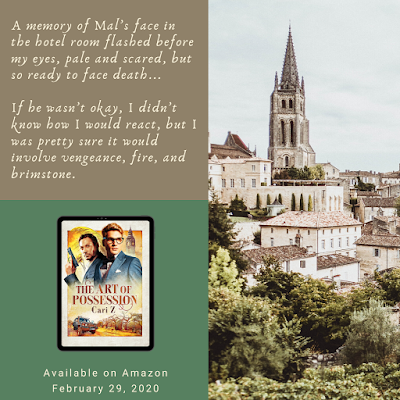 When a treasure-hunting black ops soldier and a disgraced, reckless archeologist team up in search of a priceless artifact, they might get more than they bargained for.

Just as they realize the feelings between them transcend convenience and the thrill of the chase, a rival reemerges, threatening everything.
Posted by Cari Z at 12:43 PM