Notes: Oh my gosh, it's the end! The end of The Train, the end of my steampunk-alternate history-mystery-magical-sort of romance! Or is it? Because really, it's more mystery than romance, and I really, really want to write more of these guys. So! Keep your eyes on the blog, because I've got some things in the works for Anton and Camille that I think you'll enjoy.

Next up: the sequel to The Academy, or: where I royally fuck everything up and we all get to go on a crazy adventure! 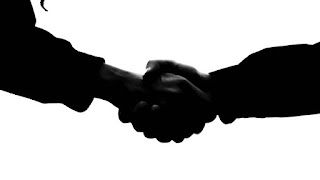 The train pulled into Zürich bright and early the next morning, expertly conducted by young Bert, whose grief and anger appeared to be held at bay by dint of sheer will at this point. Monsieur Cassan was bound and gagged, and the cohort of consuls and lesser nobility were duly cowed by Camille’s stern words. No one was allowed off the train while Camille fetched the local constabulary, and to Anton’s great surprise, everyone obeyed.


Anton himself kept away from the crowd. He had, as promised by Camille, arrived in Zürich on time. Once he was off the train, he would make his way to Master Grable’s office at the Universität Zürich, present his credentials, and take his first steps on the path that would lead to the future he had always wanted. Academia had been his goal from a young age: following in his father’s footsteps, splitting his time between research and teaching. He would become one of the greatest thaumaturgical engineers of his age.


Surprisingly, the prospect of a future secreted away in a laboratory had lost some of its luster over the past few days. Working alongside Camille, even though Anton had been coerced into doing so, had been…illuminating. Which makes sense, given Camille’s occupation, Anton thought wryly as he set the lock on his holdall. He was coming out of this experience with a new appreciation for field work, at the very least. And it had been, well, exciting at times―incredibly so, despite the danger. Or perhaps because of it. Anton had helped foil an attack against the crown. He had contributed to the discovery of a dangerous plot against the Empire. It gave him a sense of great satisfaction, to be so useful.


Then again, he couldn’t imagine enjoying any of the madness of the past few days without Camille. The lumière was no ordinary man, so it only made sense that working with him should be extraordinary. If it were possible to continue doing so…if Anton could somehow stay with him, continue to assist him in his work, and perhaps—perhaps—


No, it was foolish. He took a deep breath and hoisted his holdall off the bunk, then turned toward the door. He stepped forward just as it opened, and narrowly missed being knocked in the nose by the wooden edge.


“Ah,” Camille said as he stepped inside. “You are still here. I was hoping you would be.”


“I…yes. Really?” Anton asked, feeling both hopeful and foolish. “Why is that?”


“There are a few matters yet to be settled between us,” Camille said. Anton’s heart sank. That sounded serious.


“You did say that you wouldn’t press charges against me if I helped you,” he reminded Camille nervously. “And I did, quite spectacularly, I think.”


Camille shook his head. “I have no qualms over your services rendered, Anton. Rather, I want to ensure that you’re properly compensated for them.”


Anton frowned. “I thought not being thrown in jail was my compensation.”


“That,” Camille said, a slight smile gracing his lips, “was just the start. You were instrumental in unraveling this plot, and you deserve recognition for that. The first step in that is this.” He passed over a purse. Anton took it dumbly, feeling the heavy slide of metal coins within. “Payment for your efforts.”


Anton peeked inside, then gaped. “This is…” It was more gold than he’d ever seen in once place before. “This is too much!”


“You nearly died several times over. What price would you put on your own life?” Camille asked. “Besides, you have equipment to replace, do you not?”


“I do not require charity.”


Camille arched one eyebrow. “I would never presume to give you any. This is, believe it or not, a very reasonable sum given the work you’ve done. Lumières cannot afford to be parsimonious in their pursuit of the truth.”


Anton wasn’t entirely sure he believed Camille, but on the other hand, he could hardly give back the money now without giving offense. Besides, it would come in extremely handy. “Thank you,” he said.


“Don’t be so quick to thank me, I’m not finished. There is the matter of these weapons.” He patted his coat, where Anton could see the outline of the gun.


“You should keep those,” Anton said fervently. “I have absolutely no need for them, I wouldn’t know what to do with them, I’d probably just bury them somewhere and say good riddance, and I know that would be—”


Camille’s hand on Anton’s shoulder stopped his babbling. “I have no intention of asking you to take them,” he assured Anton. “But there is still the matter of the spell that created them. Contained in this, I believe.” He withdrew the palimpsest from a pocket. “You were on your way to unraveling the code, were you not?”


Anton’s fingers literally itched to touch the palimpsest. It was a magical puzzle, clever and exciting, and just the sort of thing he loved despite the fact that unraveling its mysteries would lead to a horrifying spell. Brilliant, but horrifying. “Yes,” he allowed after a moment.


“Then I feel that you should continue your work.” Camille passed the leather booklet to Anton; or rather, he tried to. Anton, despite his eagerness, balked at actually grasping it.


“But that’s important. It might be the only one of its kind,” he said. “You cannot leave it in the hands of a mere student. You must know dozens of thaumaturges who are better suited to revealing its contents.”


“But none I trust so well.” Anton stared at Camille, dumbfounded. “I am perfectly serious. This palimpsest contains a spell so powerful that I would rather not give it to anyone, honestly. I would prefer to burn it to ash, but it is possible that in understanding the spell, we can understand how to combat it. Perhaps there are other copies out there.” Camille shrugged. “Perhaps not. There is no way of knowing, and until we do, I would prefer not to discard our only source of information about it. I would have you translate it, deconstruct it, and discover how to work against it. Are you up to the task?”


“I—of course.” This time when Camille extended the slim volume, Anton took it. “But…you keep saying ‘we.’ I am not a lumière, though.”


“That is true,” Camille said. “But you are a clever, resourceful man whom I admire greatly, and with whom I would enjoy working again, should fate bring me back to Zürich. Are you amenable to me keeping in touch?”


“Absolutely! Yes!” Anton took a deep breath. “I mean, yes, of course. I will work out a translation for the book, I can…I guarantee I won’t fail you.”


Camille smiled. “I know you won’t.” He glanced at his pocket watch. “The authorities are due to arrive at any moment, and I must be on hand to meet them. There is only one thing remaining, then.” He stepped in a bit closer to Anton, raised his long-fingered hands to cup his face. “Do tell me if I’ve read this completely wrong,” he said quietly.


Anton didn’t wait for Camille to close the distance. He threw his arms around Camille and kissed him desperately, ecstatically, with all the pent-up longing and emotion that he’d been forced to sublimate since he stepped foot onto the train. Camille drew him deeper into the kiss, his mouth warm and soft beneath the bristles of his moustache, and Anton moaned.


Camille backed away far too soon, however. “Duty calls,” he muttered. “Damn it.”


No, don’t go. Not yet. “You cannot spare yourself another five minutes?”


“Not when there are bodies on ice,” Camille said regretfully. “But rest assured, my dear.” He reached up and straightened his hat. “You’ll see me again.”


“Soon,” Anton insisted. He felt positively aflame. It was the hardest thing in the world not to reach out and reel Camille in by the lapels, but he managed to hold back. “Say it will be soon.”


“Sooner than you think.” Camille leaned in and brushed their lips together one last time, then briefly shook Anton’s hand in a more formal farewell. “Good luck, Mr. Seiber.” He turned and left their sleeping cabin. Anton watched him go, then exhaled explosively.


Well, he was a trifle—incredibly—frustrated, but it could have been worse. The train, for all its horribleness, had gotten him to Zürich intact, on time, and with a connection he could scarce have imagined making back in England. He was here. His future was ready to begin.


And God and the emperor willing, Lord Camille Lumière would be a part of it.
Posted by Cari Z at 11:09 AM