So, there is no story today for two reasons. First, I got my J&J shot on Friday, and while I'm thrilled beyond measure about that, I also lost most of Saturday to a fever and prepping for a (virtual, but I was running it) baby shower for my sister, which was what I spent Sunday doing. So my attempts at writing anything at all this weekend were basically shot.

Second, and more directly involved in this delay, is the fact that honestly, I need to take a week or two to figure out the next part of this story. This is something I rarely do with blog stories, which I write in a pantser style, letting the muse move me as I stick to whatever loose outline I penned before starting. Right now, though, I'm working on a LOT of stories. Like...I've got a coauthored one going with L.A. Witt, I've got a Patreon story, a Radish story (it just wrapped but I'm plotting the sequel), I'm finishing the Luckless sequel Dauntless, I'm working on an M/M contemporary, I'm plotting TWO novels for IP properties, and I'm plotting a PNR trilogy which might potentially end up at Entangled. This, I must finally acknowledge, is too much, even for me. I love working on multiple projects at once, it's part of how I keep myself moving forward and not getting bored with any one thing, but right now I've overextended myself, and I either admit it and take a pause on a few of these projects, or start fucking things up.

I'm not stopping Rivalries--far from it! I was actually thinking I'd cut out some of the subplots and propel this baby faster to the end, but decided against it. It's a fun story with great characters and I want to do justice to it, which means really plotting it out instead of winging it from here on. So I'm taking a week or two for finishing other projects and really nailing the rest of this one down, then coming back swinging.

I'll still be posting things here over the next week or two, no worries! Just not Rivalries.

Notes: Wow, this didn't go quite in the direction I thought it would, but it fits. It FITS, so enjoy it, and I'll give you a battle royal soon :) I think...possibly...we're starting to wind down? Next up will be a Bonded universe-adjacent tale, so get ready for that! 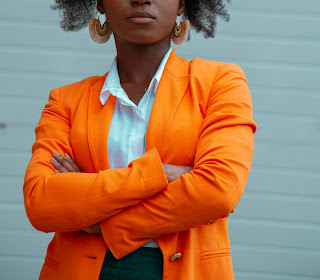 Despite the excitement of his morning of revelations with Johnny, Charlie still had a full day of school and dueling club in the afternoon to deal with. Classes were good, although when the seniors rolled in with an air of combined secrecy and expectation, Charlie knew he was in for a shitty afternoon. He recognized that air. The more people knew a “secret” the harder it was to keep, and some of these kids were terrible when it came to wearing a poker face.

“So,” Charlie said once everyone got seated. He had been planning on giving them a free-writing period for their essays, but he didn’t feel like sitting up here being the target of stares and snickering. “I think today is a great day for some extemporaneous speaking on the subjects of your upcoming essays. We’ve got time for…” He theatrically checked the clock on the wall. “About three minutes apiece. I recommend doing a brief overview of your subject and a slightly deeper dive into the angle you’re taking for your paper. Who wants to go first?”

No one raised their hand.

“Let me rephrase,” Charlie said. “Whoever goes first gets an extra percentage point on their final paper, gratis.”

Five hands shot up into the air. “Hooray, you all win.” He picked Kate, the girl with the emotional manipulation knack, to go first. She began to get up, but Charlie decided to be merciful. “You can speak from your desk.”

She nodded, looked down at her notes, then began reading the first paragraph of her essay.

“Extemporaneous, please. This is to give your classmates a feel for a subject they didn’t choose themselves, and might not even know exists,” Charlie added. “Here, answer this: What topic did you choose and why?”

“Um…all right. I chose the serial killer Milton Briggs.” All of a sudden, the rest of the class was listening intently. “Because he’s the most famous person in the United States to have a knack like mine,” she went on, “and he obviously abused it very, very badly, and that’s led to a stigmatization of people with mental knacks in general and emotion-affecting knacks specifically.”

Kate was warming to her topic now, really getting into it. “But I think that’s a shame, because there are people out there doing a lot of really good things with knacks like this, including running clinics that help people suffering from severe depression and PTSD to find and utilize coping methods without resorting to psychoactive drugs, and…”

Charlie’s gambit ended up being interesting for everyone—too interesting. He had to add a question and answer period to each presentation, and in the end only half of them got through their topics. “We’ll continue this tomorrow,” he said once the bell rang, grateful that the air of mystery enshrouding most of the class had dispersed. “If you haven’t talked yet, be ready to go tomorrow.”

“Are you having dueling club with the Stheno kids today, Mr. Verlaine?” Willard asked as he slowly packed up his bag, and—shit. There that “sneaky” air was again.

If he’d had a choice, he would skip club today and go back to his place with Johnny, and they would talk about what they were to each other, as painful as that seemed like it would be. The prospect of coming out the other side of that kind of talk with a person who…with a guy who was his…

Christ, Charlie was going to need to go back to his therapist just to find the words to get everything he felt for Johnny off his chest. But first…dueling club.

He got there about five minutes late, and wasn’t at all surprised to see the straight-backed, crew-cut, military recruitment poster boy Colonel Karlton Applegate standing in the gymnasium with his own dueling club in the bleachers. What did surprise Charlie was Debra standing in front of him, her arms folded, staring in a very unimpressed manner at the Colonel.

“—permission from Principal Cross herself to make this request of Sergeant Verlaine, Ma’am, and as it’s in the educational interest of both of our students, I—”

“Sir, you will be silent now.” Debra spoke quietly but powerfully, and the colonel stopped talking, looking surprised at himself.

Charlie was surprised too. Was this part of Debra’s knack? A knack for keeping a cool head seemed like something that would only help the person who had it, but maybe part of how it affected other people was by shutting them up so the user could stay calm.

“I don’t care if that woman declared you were God himself, you do not come into my space, which I have made as safe for my students as possible, and throw your weight around like you can give anyone here a command which they must follow,” Debra said, slow and firm. “I don’t care why you want to challenge Mr. Verlaine to a duel, I don’t care whether it’s for the students’ benefit or your own, I don’t even care if he wants to fight you. You will not be used as a cudgel against me or any of my students, do you comprehend that?”

Every person in the gym was transfixed by the scene playing out in front of them. Even Colonel Applegate had stopped moving, standing at attention like he was being inspected by a superior officer. “This is my time, and my space, and no one will move me from it or commandeer it for their own purposes without plenty of advance notice, and even then only if I agree,” Debra went on. “Nod if you understand me, sir.” He nodded. “Good. Then you will take your students back outside, and you will not speak to Mr. Verlaine on your way out, and if you want to arrange any kind of demonstration you will do so in your own time. Am I clear?” He nodded again. “Very good. Now leave.”

And the colonel just…left. He turned and walked right out of the gym, and after a second his dueling club picked up their stuff and hurried after him, with lots of backward glances but not a single word. Once they were gone, Charlie walked over to Debra. He had to resist the urge to salute. “Thank you.”

She took a deep breath, and the air of authority around her dissipated as she smiled at him, brown eyes twinkling. “Oh, you’re welcome. I figured you deserve some advance warning before being thrown into a crapstorm, don’t you think?”

“Yeah, but I didn’t figure I’d get it.” Charlie got an idea. “Would you mind starting club today by explaining a little more about you’re knack to the students? You’re the only person here with it, but it might give them some ideas.”

“Why, I’d love to.” As she turned to the kids watching raptly from the front row of the bleachers, Charlie went over to join Johnny.

“I think Colonel Applegate just got his ass handed to him,” Johnny said quietly.

“Yeah, but he’ll be back.” Charlie knew the type. “He’ll put in a formal request and I’ll have to say yes, or give Principal Cross more ammunition for firing me.”

Johnny scowled. “Why do they want to get rid of you? You’re doing a great job!”

Charlie shrugged. “I’m not to a lot of people’s tastes. It’s hard for them to justify keeping someone as bad with authority as me around.”

“Oh yeah?” Johnny nudged him with his elbow. “Well, you’re exactly to my tastes.”