So here's the thing--I have a novel due at the end of the month, and I'm nearly there. I haven't been able to write anything else as I'm closing in on it, not even Mutable, but! I'll write an extra-long post for next week, at which time the novel will be turned in and out of my hands.

Please enjoy an excerpt, and I'll be back with Mutable next week--which is also nearing its end, holy smokes! My writing life is a roller coaster right now (my everyday life is pretty much the same--Baby Girl has learned how to get a trot going, and she can move surprisingly fast with it).

I should have known I was going to fuck it all up.

Eye contact. Why had I made bloody eye contact? I didn’t look like myself right now, not a version of myself I would recognize, in the fatigues and the cap with a gun at my hip. Alex had told me to keep my eyes straight ahead, not to stop for anything, and we would be all right. Only—only I saw someone I thought I knew, in the foyer, and I’d glanced his way.

It turned out, the Beninese Minister of Culture and History had an excellent memory for faces.

“I asked myself,” Minister Adjoukoua said as he led the way downstairs, “what could a curator for the famous British Museum be doing here, in Lomé? Working for Mademoiselle Corday it seemed, but surely not you. You might have been demoted, Professor Armstrong, but you are still a man of great principle. Not the sort of person to whore himself out to a treasure hunter like our auctioneer. Then, when I heard the noise from inside the room, and your companion nowhere to be seen? Well.” He smiled broadly. “I thought you might be here to render the rest of this day meaningless. I couldn’t have that. Mademoiselle!” Minister Adjoukoua called out to Corday, who came in from the next room wearing a smile that got broader as soon as she saw us. She wore feathery, fluttering red from shoulder to shin—blood red. “Mademoiselle, I have a surprise for you, eh? Two people who should not be here sneaking about.”

“You have a sharp eye, Minister,” she said graciously, but there was ice behind her beaming smile. “Where did you find them?”

“Upstairs, at the end of the hall.”

“Alone?” Anyone else might think it was an idle question, but I could hear the tension in her voice, as soft as a breath of air but as furious as a hurricane.

“There was no one else that I saw.”

“Ah.” She was likely wondering if we’d killed Fawkes, and if so, where we’d stashed the body. I glanced at Alex—he, minutely, shook his head. He hadn’t killed him, then. That was a relief. “Well, then. Allow me to dispose of these irritants and we’ll get down to business.”

Dispose of—surely she wasn’t going to just murder us. The bleak look in her eye suggested she was ready to do just that, though, and neither of us had a gun any longer—they were all in the possession of the enormous bodyguard holding a gun on me. Oh god. Oh god, I was going to be killed—I was going to get Alex killed, no, this couldn’t be—
Posted by Cari Z at 10:47 AM No comments:

Notes: We meet the enemy! Kind of. 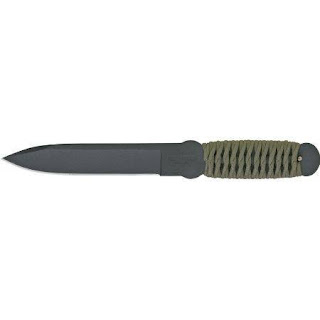 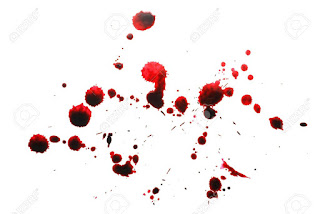