The Tank: Chapter Fifteen, Part One

Notes: REVELATIONS AT LAST! We're just a few more chapters out from total annihilation!... I mean, the end of the story. *ahem*

The worst thing was the way Caroline didn’t try to deny it. Anton had expected better of her, wanted her to fight it, to come up with some reason for why she was alone in Lord Atwood’s laboratory, something that would exculpate her, or at least cast enough doubt that it would intensify the international discord if the Institute tried to keep her. Instead she stood by herself at the back of the dining room, her hands folded, her face haunted but somehow serene, while Lord Atwood gleefully detailed the lengths of her offenses.

“The spellwork guarding my laboratory is such that the lady could not have entered it without expressly intending to usurp my most private research,” he said, sitting down and helping himself to a cup of tea while he spoke, as though this were just any other day for him. “My warding isn’t a matter of doing damage to the person entering, it’s a matter of establishing their reason for entering in concrete symbological ways, and it’s accepted thaumaturgy, nothing experimental. Most people don’t bother with safeguards that don’t actually stop a person from intruding in their private places, but for me this was the perfect solution. She triggered a series of equations that carried increasing degrees of registering pre-meditated intent, and the work she did with her own chalk on my doors will show that.”

“What did she take?” Lord Jourdain asked. He sat directly across from Lord Atwood, his expression urbane. No one was even bothering to look at Caroline, like now that she’d committed the crime she didn’t exist.

No one but Anton.

“She was attempting to steal the translated pieces of our most pressing puzzle, my lord,” Atwood replied. It was a vague answer, but one that the people who understood the shape of that puzzle understood. Anton was ashamed to be one of them.

If he had given the copy he’d made of the palimpsest to Caroline…if he had even told her what he was working on, not given it to her but intimated that he had it…

Then he would have ended up being talked into working on it for her, and it would be his brain that had been turned to blancmange instead of Montgomery’s.

How could she do this? He knew she didn’t care much for her husband, but she had a son, a child who needed her. How could she…

“How could you?” he asked, soft and carrying in the few feet that separated them now. When had he walked over here? Was Camille watching him? It hardly mattered any more—Anton was done contorting himself into pleasing his lover when Camille had told him next to nothing about the real truth.

She glanced at him, and a hint of her former vivacity lit her eyes. “It was such a chance, and there could have been so much gained,” she murmured. “How could I not?”

“Your family. Your son. Did you think nothing of him?”

“He has a place with his father no matter what happens to me,” Caroline said gently, even though tears rose in her eyes. “Whereas England must fight to maintain its status in the world, or die beneath the boots of those who have dared more and gone further. Everyone knows of this spell by now, but no one has been able to find it. Not until this place. I don’t know how they did it, but I recognized enough when Lord Atwood showed us around his laboratory that I had to chance it.”

Oh, if only you’d paid more attention to Hrym. She could have stolen from his very walls and no one would have been the wiser. “It wouldn’t work for England,” Anton said, fighting to keep his voice level. “It only works on a very limited basis, not the thousands and thousands of weapons that an entire country would need to enchant. This is information meant to enhance a single person’s life, not make a nation’s future.”

Her eyes sharpened. “How do you know that?”

“That is more than ‘enough,’ Anton, that is a level of detail that you shouldn’t know unless you have special information.” Her hands clenched spasmodically around each other. “Do you have it?” she whispered. “Do you have the spell? You must take it back home. They will reward you handsomely, they will take care of you—”

“I don’t want it!” he hissed furiously. “I never wanted it! I know the evil of such things firsthand and if it were my choice, I would abolish even the memory of this wretched spell until no one in the world thought such horrible things were possible. Weapons that never miss. How would you like it, if such a gun were fired at your family? At your child? How would you feel, knowing you had brought that darkness into the world?”

“It could be controlled—”

“It can only be controlled by destroying the people who try to share it in the first place!” Anton yelled, and—oh dear. Now he had the attention of the entire room. He swallowed back his anger and stepped away from Caroline. “My apologies,” he said stiffly.

“No no, do go on, Mr. Seiber,” Lord Jourdain said with a wave of his hand. “What is it, exactly, that can only be destroyed in the process of being shared?”

Anton gulped, his mouth dry with fresh and sudden fear. Before he could stammer something out, though, Camille intervened. “If we could put aside riddles, Laurent,” he said briskly, “we have an issue of thievery to work out.”

“And to work out fast,” the new Vicomte snapped from where he sat with his own entourage a little ways down the table. Between him and Lord Jourdain were Monsieur Deschamps and, a bit more surprisingly, Cardinal Proulx, who looked calm and serious in his red robes. Perhaps he was meant to keep the acts of bloodshed to a minimum. “For there are more important matters to redress here.”

“Oh, on the contrary,” Lord Jourdain said. “There is nothing more sacred than ensuring the security of our empire, and this act of espionage has struck at the very heart of our most sacred duties to the crown. The emperor must be informed immediately, and until he has made his own decision about the fate of Lady Cuthbert, all other deals and negotiations are on hold.” He smiled thinly. “You are welcome to argue your stance to him in an audience, but if you expect to win out over a matter of this magnitude, you are sorely misguided. However, it should not take more than a month or two to decide the matter, and after that—”

“A month or two?” The vicomte hammered his fist down on the table so hard the silverware clattered. “Are you playing games with me, monsieur? I come to you in dire need, the body of my own brother not yet cold, and you have the audacity to tell me than my city must wait for you to decide whether or not to kill this English wench rather than allow us to protect ourselves?” He stood up and leaned in menacingly.

“Be calm, my son,” Cardinal Proulx cautioned, but there was no calm left in the other man.

“I will wait no longer. You will give me the tanks I need, today, or I will march on this place with my troops and take them by force.”

“Fascinating,” Lord Jourdain said dryly. “And in speaking this order out loud, in front of witnesses, you’ve now provided me with all the ammunition, so to speak, that I need to take this to the emperor myself, and have you arrested for threatening to attack an imperial institute. But that, I’m afraid, would be a rather secondary crime to report compared to the murder you had carried out.”

Vicomte Voclain’s eyes narrowed. “What murder are you nattering about?”

“The murder of your brother, of course,” Camille said, stepping into his role of lumière as naturally as breathing. “Which you planned, but had another man execute.”

Monsieur Deschamps was beginning to tremble. Anton watched his eyes dart around the room, like he was looking for a place to escape to and not finding it. You will go down with this ship, rat, he thought viciously.

“This is preposterous! I would never—”

“I think this is a matter for me to look into,” Cardinal Proulx said smoothly. “A holy confession might do every man and woman in this room some good, and once I have all the information I can act on it without compromising the sanctity of what I have been told.”

“On the contrary, your Eminence,” Camille said, not unkindly. “The only confession I’m interested in at this juncture is yours.”

Cardinal Proulx looked at him, one eyebrow raised. The whole room seemed to hold its breath. “Oh? Why is that, my son?”

“Because you were the one to pull the trigger and end Vicomte Wilhelm Voclain’s life, your Eminence.”
Posted by Cari Z at 11:39 AM No comments:

Notes: Hey, darlins. I meant to have more Tank for you today, but tonight has been the headache-y culmination of a day of professional letdowns, and I just don't have the energy for more creativity on top of a heap of "thanks but no thanks." So, I'm revisiting Luckless, because one of those no's concerned this story. Having it professionally published just doesn't look like it's meant to be, but I own the amazing cover art and can do it my own damn self, so I will. I'll have it out in a few weeks, but in the meantime, have some chapters! The first one was posted once before, but the second one is new (as long as you didn't catch it on Wattpad). Just scroll and enjoy.

I hope you're all as well and healthy as can possibly be. 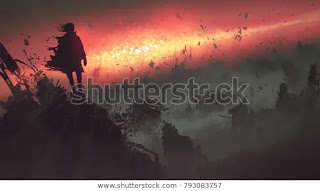 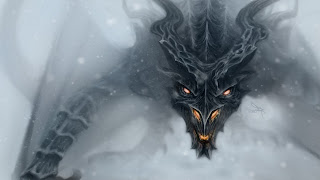