Notes: It's here! Time to start the sequel to The Academy (and to Redstone, and to basically everything in the Bonded universe). While the story will mostly focus on Cody and Ten, there will be occasions when I digress into Garrett, Jonah, and numerous others that I've touched on before. Why? Because this is going to get messy. 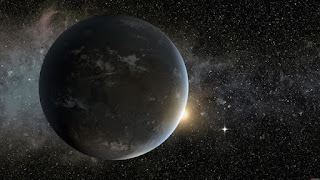 Raymond Alexander had never known how his father, Foster Alexander’s, mind worked. He had only a few memories from the brief period in which Raymond had been interesting to the powerful Alexander family patriarch, before any of his siblings were born. The one that stuck with him, that had in fact inspired him throughout his long and illustrious career in politics, was the recollection of his father gifting him with a holographic mobile. It had a central stem with a few little limbs branching off from it, and at the end of each limb was a tiny leaf-shaped cup. Foster had held it up to Raymond and demonstrated how it worked.


“You see?” he’d said, moving the limbs around so they were exactly opposite from each other. “This way they balance. You can spin the mobile and nothing falls out. But move them like this—” he set them on the same side, “—and the whole thing tips, and the cups spill over.” And so they did, glittering holographic waterfalls cascading down onto Raymond’s bedspread.


Raymond had made a face. “That’s messy.”


“It is, but that can be beautiful too,” Foster had said. “You can add more limbs if you want to make the game harder.” He’d demonstrated by adding a third branch, and setting them all to counteract each other once again. “You see?”


His father had kissed his hair. “Of course you do. You’re a smart boy.”


Raymond had been captivated by that mobile. By the end of a month he’d had it bristling with branches, loaded down with multiple cups on each one of them. He considered it a personal triumph that he’d made it so heavy, but so well balanced. He hated spilling the cups. He wanted everything to remain in perfect equilibrium forever.


Of course, nothing ever did. As Raymond grew older, he swiftly came to realize that the only sure place one could have in the universe was whatever place you carved for yourself. You had to take control and hold onto it, because wherever power began to pool, that was where the sharks came swimming. Foster hadn’t seen that. He’d been a dying sun, brilliant and bright but too big to maintain, destined for a violent collapse. He’d left Raymond’s mother, married and remarried, had far too many children, too many draws on his time. He had been a liability to Raymond’s own ascendancy, in the end. And Raymond had finally taken his father’s advice to heart: that some messes were necessary, and in their own, cleansing way, could be beautiful as well.


Kyle’s loss still burned him. Kyle was the son he should have had, the child that should have always been his. Kyle was Raymond’s greatest failure, and he couldn’t be allowed to live and sully a corner of Raymond’s mind with regret. He wouldn’t be alive if it weren’t for Garrett Helms.


Garrett was fascinating to Raymond, in the way one predator fascinated another. He was chaotic where Raymond was ordered, appealed to emotions where Raymond strove to be logical in all things. Yet his success in the Senate was undeniable. He’d established himself on his father’s reputation, then surpassed Miles rapidly as a statesmen and lawmaker. He was charismatic, attractive and had a compelling personal story, what with the suicide of his mother and the adoption of his little family. An ex-Drifter and a natural son…ridiculous, but people lapped the dichotomy up. Raymond wondered what Garrett had offered Jonah to get him to agree to the charade. Better care for his son, most likely.


Raymond had been tolerant, to a point. Garrett’s interference at the Academy had been too much to bear, however. His fate had been sealed the moment his “son” had set foot on that campus. But after his interference with Kyle?


Now Raymond was going to enjoy destroying every aspect of Garrett’s life before he eliminated the competition.


First things first: he needed to check in with the black fleet. Organizing and deploying what amounted to a personal, covert armada had been the work of decades, but then, this idea had been in the works for almost half a century now. The Federation was weakened by the inclusion of so many colonies outside the Central System, all populated by the worst facets of civilized society: the weak, the sick, and the strange. They were more a drain on resources than an asset to the whole, and so they had to go.


Colonization was one of the founding pillars of the Federation, however, and people would dig their heels in if Raymond simply moved to end the practice. He had to make the colonies more trouble than they were worth to the Central System. He had to get them to end themselves. Fomenting rebellion among different political groups on various worlds had worked for a while, but the process was too slow, and the new leaders more often than not ended up wanting to remain a part of the Federation even if they’d campaigned and fought for the idea of independence. It was exactly the kind of backward, rural thinking that Raymond wanted to discourage.


In the end, the dark fleet had been a better option. After all, most of the colonies had little to no surface-to-space armaments. He could deploy his forces, acting under the guise of piracy, and do all the damage that needed to be done with no personal interactions at all, and no one the wiser. Or at least, no one able to prove anything else. His contingent had gone along with the charade, and it would have been perfect, if Garrett and his family hadn’t decided to muddy the waters. Now Raymond was done playing games.


Raymond checked Garrett’s schedule. His information had been compiled by spies, since Raymond was still unable to get through the man’s encryptions, but it was close enough. Jonah Helms was back on Pandora, on another of his missions of mercy, bringing supplies to the colony and pushing a possible alliance with his former Drifters, who actually hadn’t accompanied him on this trip.


Cody Helms, meanwhile, had just arrived back at the Academy for the start of his second year. All his little friend were with him, too, including the alien and the one that was over-interested in science. Good.


Miles Caractacus, Garrett’s father, was actually the easiest one to handle. Raymond simply began the man’s reinstatement process in the Federation marines as an active duty general. By the time Miles was informed of the change, events would be in place that would require him to accept it, or be brought to trial for dereliction of duty. Raymond wasn’t sure how close Garrett was to his father—Raymond could barely remember being close to his own—but the way Garrett relied on the man was evident. There went one cup, tipping.


The next step was putting in a notice to Admiral Liang that he should prepare for the possibility of live interaction opportunities for his cadets. Weathering some skirmishes with pirates would be good for them, especially once the wrong people had the right interactions.


Finally, there was the mobilization of the dark fleet for another strike, this time on Pandora. Raymond trusted Vice-Admiral Carver Orwell as much as he could trust anyone. Raymond had made the prospect of obedience to his will far more palatable than the alternative, and Orwell had always been a better fighter than anything else. He’d relished the opportunity to put his bloodthirst to work, and Raymond was happy to keep supplying him with targets.


He opened a connection through his private transponder—verbal only, he wasn’t a complete fool—and paged Orwell. Even accounting for the lag time, his field commander got back to him quickly. “Sir?”


There was a pause. “It’ll be hard to sell that as piracy, sir.”


“Consider your cover as gaining some depth, Commander. Losing some inhibitions with the headiness of success. I’ll have to send a force out to respond,” he added absently, “but it will be understaffed and underprepared. You’re authorized to fully engage on all fronts.”


“Excellent.” The satisfaction was back, and stronger than ever. “We’ve been stagnating out in this backwater.”


“Well, then you can look forward to some action at last.” Raymond took a slow breath. “Let Operation Reformation begin now.”


Raymond ended the connection and sat back in his chair. Within twenty-four hours, Pandora would be under attack. And after that?


It was just a matter of time until all the cups tipped, and Raymond would drown Garrett in the mess it made.
Posted by Cari Z at 10:05 AM