Notes: Final revelations, woot! One more post after this and then we're done with The Train, btw. It won't be coming next week, unfortunately--I'm going to be backpacking from Thursday to Tuesday--but I'll get it to you before the end of the month. 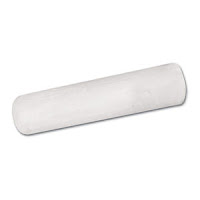 “Arrest Monsieur Cassan…but―” Anton was dumbfounded. “Why? He’s been nothing but helpful to you.”


“He has been helpful, in his own very particular way,” Camille agreed, but maintaining his serious mien. “He was most helpful in arranging things so that this train would serve as a conduit to bringing Consul Hasler and his palimpsest into contact with someone who was obviously prepared to use it, our former porter Monsieur Lafayette. He was quite helpful at ensuring that there were myriad dead ends and red herrings concerning the viscount’s death, very skillful at taking a bit of blame upon himself to muddy the waters. He knew that Viscount Bonaparte was going to be murdered on this train. Whether he is a member of the Dévoué or not remains to be seen, but my bet is that he is, and as more than a foot soldier.”


“Surely most of this is just conjecture,” Anton protested. “It could all be explained by pure coincidence.”


“There is rarely such a thing as pure, unadulterated coincidence that results in murder.” Camille shook his head. “Of course, I knew that coming in to this, but I can understand why you are reluctant to believe me at this point.”


Anton felt his jaw drop. “What do you mean, you knew that coming in to this? You knew there was going to be a murder?”


“Indeed. More to the point, I knew it was going to be the Viscount.”


“But―but he was a Bonaparte! A member of the Emperor’s own family! Why didn’t you act to stop the killing before it happened?”


To Anton’s surprise, Camille smiled. The expression was surprisingly soft. “You are a gentle soul, aren’t you? What other man in possession of a knife that always kills its target wouldn’t even think to draw it while fighting for his life? My dear Anton, the Emperor has more family members snapping at his heels and fighting each other for scraps of the Empire than he cares to deal with. This particular specimen was one of the worst. The Duchess of Lucerne is a dear friend of the Emperor’s eldest daughter. He would never marry her off to such a sluggard.”


Anton blamed the fact that he was possibly still in a state of shock on the slowness of his comprehension. That, and the fact that it seemed like the details of this case had been ripped from the nearest newspaper adventure serial, too far-flung to possibly be true. Yet this was happening, and it was happening in his life. “The Emperor sent him to die.”


“He sacrificed a pawn who reached too high to discover information about a far more sinister threat to his peace of mind,” Camille corrected. “The Dévoué are a fanatical sect hell-bent on breaking apart the Empire, and they will use any means in their power to accomplish it. Even―” he indicated the gun at his waist, “―engage in the worst sort of destructive thaumaturgy. Weapons that never miss? Imagine that spell set into countless cannon. How many people would die on the battlefield that might otherwise live?”


“It is horrible,” Anton agreed. “But I think it is equally horrible for someone, even one in the Emperor’s position, to deliberately send a man to his death simply to test out his conspiracy theory.”


“It is no theory. The Dévoué are fact, and they are growing in number every day. The Empire is headed for a confrontation of truly monumental proportions, Anton.” Camille sighed. “The days of peace and relative prosperity are numbered. It is only a matter of time before cantons begin to attempt to splinter away. War is coming to the continent, and the Emperor wishes to minimize the damage as best he can. The sacrifice of one despicable man in pursuit of that is scarcely a sacrifice at all.”


“But it wasn’t just one despicable man,” Anton said. “It was Consul Olivier, too. It was the engineer, whose poor son will grow up without a father. It was even a young woman who was clearly abused by the Viscount, and took what must have seemed like the only way out for herself and her husband. And Monsieur Lafayette, but he was rather more deserving than the others.”


Camille shook his head. “You speak with commendable compassion, Anton, but little sense of scale. The pursuit of justice is never a straight, clear path. Occasional sacrifices are made for the greater good. It is simply unavoidable. Now.” He straightened his hat. “We have a train master to apprehend.”


“Why not just shoot him?” Anton asked a little bitterly as he followed Camille down the slender hall to the engineer’s booth.


“Because he’s the architect of a larger scenario that I originally gave him credit for. I want to know who his underlings are, and more importantly, who his masters are. You needn’t come with me if you don’t want to.”


“Oh no,” Anton declared. “I want to see this madness through.”


“So harsh,” Camille murmured, still maintaining a trace of humor despite the grim turn their conversation had taken.


That humor evaporated the moment they reached the engineer’s booth, and found Monsieur Cassan there, holding a gun to the head of young Bert, who looked terrified, tears running down his thin face. “Gentlemen,” Cassan said conversationally. “Do not take another step.”


Camille stopped, and Anton of a necessity came to a stop behind him. “How did you know we approached?”


“You think I don’t know my own train? I heard the squeak of your steps before you closed the door to the lounge room. I knew it was only a matter of time before you put things together, Lord Lumière.” He inclined his head. “You do your profession justice.”


“Appropriate, given that justice is my profession.”


“Ah, no.” Cassan shook his head. “You follow a shadow master so removed from the ills of his supposed ‘people’ that he cannot even name their trials and tribulations, much less commiserate with them. We are too many to be contained under the aegis of one distant, careless man who pretends to be a god. We must go our own way, seize our own destinies. Separation is inevitable, both for the Empire and for us, right now.” He looked toward the slender door on the side of the booth. “If you let yourselves out, I can promise you that this train and its people will safely reach Zürich, and I shall take no further action against either of you. The boy shall also be set free once I’m safely away.”


Anton leaned back against the wall, one hand carefully reaching for the piece of chalk he kept in his pocket. It was quite challenging to mark a sigil into the wall without looking at what he was doing, but he and Caroline had forced themselves to practice it until they had perfected the art, after one particularly innovative professor had demanded that every student compose a spell in total darkness.


“Has Zürich always been your final destination?” Camille asked calmly, stepping slightly forward and holding Cassan’s attention. “Who are you meeting there? More of the Dévoué?”


“It is nothing to you now.” Cassan’s lips thinned as he smiled. “I suggest you and Consul ‘Hasler’ over there proceed directly, before my trigger finger slips. I may not wield a weapon that always kills, but I could hardly miss the boy’s head at point-blank range.”


Anton bit his lip. How to adapt this sigil on the fly…it was one of the simplest out there, special in that it could be made to work on nothing but will, extra paraphernalia not needed. But to force the energy forward, to make it strong enough to be sure he’d save the boy―it took the sort of analytical thinking that Caroline had always been better with on the fly. He made the outer ring thicker, just in case.


“This is your last chance,” Cassan said, pressing the muzzle of the gun righter to Bert’s head. “Leave now, or his blood is on your hands.”


Anton dropped the chalk and slapped his hand against the sigil. As he shouted the one-word incantation for stop, Camille surged forward.


The spell wasn’t strong enough to actually make Cassan stop what he was doing, but it slowed his reaction time enough that Camille, unfettered by the magic, reached him before he pulled the trigger and knocked his gun out of the way before he jerked him back from Bert. In a moment, Camille had Cassan bent helplessly over the engineer’s control panel, and Anton was on the floor, seeing stars after the sudden expulsion of energy. The only sounds as the spell began to fade were Cassan’s violent shouts and his own panting, before Bert finally yelled at Cassan, “You fucking blaireau!”


Hmm. It looked like the Device didn’t have a completely thorough dictionary of swear words.
Posted by Cari Z at 9:47 AM