The Train: Chapter Eight, Part One

Notes: So, hey! Probably one more chapter and an epilogue and we're done with this one! I know, I know, but Cari--where's the fricking romance? Didn't I promise a romance? GIRL! GET WITH IT!

Some things can't be rushed. This particular story ended up being more of an extended introduction to both characters, who I hope to turn into a couple as their saga continues. I've got plans for more novellas about them, and this one will end in a very hopeful place, but...sorry, no nookie. (Not yet, at least ;)) 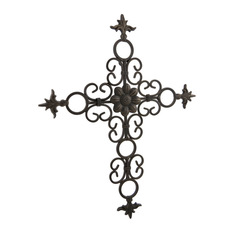 The train had come to a stop. Irate, fearful voices resonated across the chilled mountain canyon as the passengers worked themselves into a near-frenzy. Numerous people accosted Anton, demanding that he tell them what he know, what was going on, who was responsible, what was happening? He lacked the strength to take to his feet and defend himself, and so he shrouded his consciousness in silence instead, an active meditation that all apprentice thaumaturges had to learn before they could be trusted to work spells. Focus was key. He needed to focus on the task at hand, which was…


Death. So much death. First the real Consul Hasler, then Viscount Bonaparte. The innocent engineer, the garrulous Consul Olivier. The porter. Madame Orlande. So much death…had it really been only two days since this infernal journey began? It seemed a lifetime. Unfortunately, lifetimes were uncomfortably abbreviated of late.


Someone was standing in front of him, yelling. The noise filtered through Anton’s ears like they were filled with woolen fluff, vague and burbling. He barely even felt the hand that cracked across his face, turning his head sharply.


The voice that sounded next cut through the haze of Anton’s meditation like a knife. “Lay another hand on my thaumaturge, Monsieur, and I will charge you with interfering in the Emperor’s justice and drag you from the back of this train all the way to Zürich. Am I clear?”


“He…” The man faltered for a moment. “He was just sitting there like a lump, ignoring me! I was the Viscount’s closest friend, you know, and I am entitled to know the truth. I will—”


“You will do nothing.” Camille’’s voice commanded obedience. “You will stand there like the small, unimportant wastrel that you are and listen to me spoonfeed you all the truth you can stomach. You will listen without speaking, without moving, and I will tell you what I wish and release you on my own time. Do you understand me?”


“Better, if barely.” Camille knelt down in front of Anton and placed a cool hand on his sore cheek. “Are you well?” he murmured.


The concern in his voice was atypical, and worrying. Keep your wits about you, idiot, Anton told himself. He dredged up a smile from somewhere. “I shall be fine. And I’m interested in learning all that you discovered as well.”


“Hmm.” Camille straightened and removed his hand, but to Anton’s relief he didn’t leave again, merely turned to face the crowd. “You have ten seconds to silence yourselves,” he announced to the room at large. It was quiet in five.


“Many of you are wondering about the murder of Viscount Bonaparte, and the other deaths that have occurred on this train.” Camille spoke sonorously, standing tall and imposing, impossible to look away from. “Here is what I may tell you at this time. The Viscount was killed by a porter, Monsieur Jacques Lafayette, who was a member of the group you may know as the Dévoué. He was aided in his task by Monsieur and Madame Orlande, the Viscount’s personal servants. Over the course of discovering this information, my assistant and I―” his hand touched Anton’s shoulder, who tried not to lean too heavily into it “―were attacked several times by Monsieur Lafayette. He killed the engineer of this train, as well as Consul Laurence Olivier, in his efforts to get to us.” Anton shivered at the memory of Olivier’s wound, and Camille’s hand tightened.


“I am pleased to inform you that Monsieur Lafayette is now deceased, and all others involved in the crimes have been either apprehended or become victims of their own poor decisions. We shall be continuing on to Zürich without delay, where local law enforcement will take over the prisoners and messages of our predicament shall be sent back to Paris. Your fates lie in the hands of the Emperor now. Return to your sleeping cars and await further instruction. It’s quite likely you’ll be there for the remainder of the journey, so I suggest you stop in the dining car on the way.”


“Preposterous,” one woman exclaimed. “You can’t expect us to hide like rats in our holes while there are murderers gadding about! Monsieur Orlande is still alive, is he not? Let me interrogate him. I will discover if there are any more of the Dévoué aboard this train.” She brandished a parasol menacingly. Anton was oddly reminded of Caroline for a moment, and nearly laughed.


“Madame, I can assure you, no efforts will be spared.” Camille’s voice was colder than the blowing snow outside. “Now I must insist: return to your sleeping cars, or I will put you there myself.”


“I am not afraid of you,” she insisted, but everyone else was already heading toward the back of the train. The woman hmmphed, but eventually followed them.


Anton wondered how long he had spent in a trance. “Where is Monsieur Orlande?” he asked once they were alone.


“Locked in the broom closet. I’m not worried about him becoming a threat, Anton. He is a broken man after the death of his wife. I’m not even entirely sure he knew she was Dévoué.”


“I keep meaning to ask, what are the—wait!” Anton shot to his feet, then almost fell over as an intense rush of dizziness swept over him. “The palimpsest! It’s missing from my holdall, it—look, I didn’t tell you,” and oh, did he ever regret that now, “but Consul Hasler had a book with him, a palimpsest. It’s some sort of spell book, and the porter wanted it. He searched my room for it but couldn’t find it. I said I had it with me but I didn’t, and I don’t know how someone could have broken through my—” His voice petered out as Camille reached into a breast pocket and emerged with the slim volume.


“It was only logical,” Camille said calmly. “Consul Hasler was the architect of the magic infusing both the gun and the knife; of course he would have the spell’s blueprints with him.”


“But how did you get to it?” Anton asked. “You said you can’t do magic! How did you manage to avoid my failsafes?”


Anton laughed. He couldn’t help it―stress after stress had piled upon him so deeply that he was to the point of hysteria, and it was more of an effort than it should have been to rein in his unsavory mirth. “That—that’s not possible,” he said once he’d caught his breath. “Everyone is affected by magic. It’s the basis for all religious ceremonies, it touches us with every blessing, it is both faith and fact. If you have a soul, magic has an effect on you.”


Anton stared at Camille in silence for a long moment, taking in the unhappy curve of his mouth almost hidden beneath his moustache, and the fresh lines of tension radiating from the sides of his eyes. “You…how?” he breathed incredulously. “I’ve only ever heard of such things as the result of a curse on the mother, or, or the result of making a deal with the devil, or...”


“The condition can stem from such dramatic origins, or, as in my case, it simply occurs with no explanation.” Camille seemed to relax a bit, perhaps because Anton had yet to decry him to all and sundry as an abomination. “The discrepancy was noticed at my baptism, of course. The cause was investigated most thoroughly, but nothing could be pinned down. My mother was, and is, a very good woman. My father had the power to prevent the Church from excommunicating me as an infant, but I could never be introduced into high society, not if there was any chance of keeping my condition quiet. I was educated privately, and eventually was recruited into the ranks of the emperor’s lumières. It was thought that an investigator who was immune to the effects of magic would be quite useful under the right circumstances, and they were correct.”


He shrugged minutely. “It does make certain things harder, but I’ve been rather fortunate lately in the company I keep.” His voice was warm, but his expression was still forbidding. “If you wish to have done with me, that’s understandable, but I ask that you contain yourself until I can leave you safe in Zürich.”


“You’re still taking me to Zürich?”


“I have no reason to keep you from disembarking there. Anton—”


“You can see magic, though. You saw the smoke recreate the Viscount’s death scene.”


Camille looked a bit confused. “Yes? Although that was highly indirect. You could say that I saw the results of the spell, but not the spell itself.”


“And you were unaffected by my failsafes, but your presence hasn’t prevented or interfered with my own thaumaturgy,” Anton persisted. “Why hasn’t this been studied further? What if you contain a partial soul, or a different aspect of the holy spirit? This is fascinating!”


“I would be pleased to, but for now, we must go to the engineer’s cabin.”


“Because,” and now his voice had gone stern again. “I have to arrest Monsieur Cassan.”
Posted by Cari Z at 10:48 AM