Notes: The wrap-up begins! Let's visit a distantly-mentioned Delacoeurian now, living a safe, boring life on another planet. What did he do? What's he been doing? What does he get now? *hint--he gets more than he can handle* 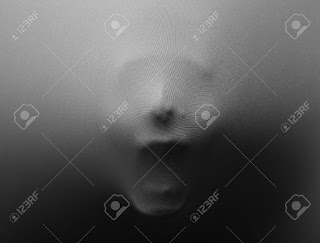 The arrival of the Imperian vessel in the city of Jannisah was all anyone had talked about for the past three days. They had bypassed the larger cities, including the continental capitol, for talks in Jannisah! How peculiar, how daring, how flattering! The prime minister was meeting with the Imperians here—word was that the prince himself was on board the ship!

“I heard he’s been exiled from his own planet,” Sumi Shaw told her psychologist, Holden Kaske, during her court-mandated half-hour appointment. Thirty minutes, every week, to make sure she was still following the corrective measures she’d been given after her last episode. Dr. Kaske was the only psychologist in the entire town who would work with her—it was because he was a foreigner, people whispered. He couldn’t be expected to know how awful the things she’d done were—how could he? He came from a place where people lived in caves! It was hard to offend the sun when you never saw it.

“I heard he tried to kill his brother after the king fell in love with the prince’s new husband,” Sumi Shaw went on, fingers excitedly twisting the silk trim on the pillow she clutched in her lap. “Can you imagine such a forbidden love? What could a husband do, stand idly by while he watched his heart be stolen away by his own brother? Of course not, but how could he act against his king? It would make a very puzzling story.”

Doctor Kaske smiled narrowly. “I’m more interested in your own story, Sumi. Have you been trying the visualization exercises I talked with you about last time?”

“Oh, some,” she said airily, waving a hand in a vague circle. “They’re quite hard for me to understand, honestly. I like things to be simple. If I were in charge of the story of the prince and his husband, I would have had the prince killed for his disloyalty and the husband sent into exile. We must always show our proper deference to our rulers, even when they steal our hearts.”

“Sumi…” Doctor Kaske was saved from having to keep himself from strangling his patient by the gentle chime that signaled the end of their session. “Keep working on those visualization exercises, please. Try to put this Imperian visit out of your mind. They’ll be gone soon enough.”

“Perhaps,” she said as she pushed to her feet. “Perhaps not. The prince’s children are from Shiva, did you know? New Kolkata, I believe. He’ll probably be heading there next. It’s very exciting!”

“It certainly is. Goodbye, Sumi.” Doctor Kaske waited for her to close the door before tugging off his spectacles, setting them on his knee, and rubbing the bridge of his nose in pure irritation.

How many years was he supposed to spend wasting his time in this backwater town? He’d try to appeal to his probation officer again—five years in the sticks was far too long to need to prove himself an able citizen. He was barely through a single year of it, and he already wanted to strangle half of his insipid patients. He was meant for more, and in a bigger city he could become more again—meet the right people, extend his influence, double down on his status as an exotic refugee to improve his lifestyle.

Perhaps he would marry again…or maybe not. Trina had died in Shyne, too slow to get to the transport out in time, too slow to meet the terms of their bargain with the Leelingers. Jasen hadn’t been able to convince their transport to wait, although in truth he hadn’t tried too hard. Trina had been a simple woman, content to rule over a hole in the ground. Jasen had always been meant for greater things.

Holden, damn it. Remember, it’s always Holden here. It was an elementary precaution, and one he was determined to stick with, even though it was impossible that anyone from his past life would ever find him here. He’d come to Shiva to start over. He had to give up everything he’d ever been before, in order to make that happen.

Holden tapped in his final notes, turned his secretarial office bot off, and left the tower that housed his third-floor, two-room office. It was raining outside—again, why did Shiva have to have a monsoon season that lasted half the damn year—so instead of walking the kilometer back to his apartment, Holden stepped onto a bus, flashing his ID to verify that it was taking him in the direction he needed to go. Shiva was very inflexible when it came to the movements of its citizens—control was more important to the people in charge than personal freedom, and any deviation from your normal schedule had to be petitioned and scheduled at least a week in advance to be approved, or no public transport would take you. Very few personal transportation vehicles were allowed, and walking would only get you so far before you tired out or the cameras caught you and patrollers were dispatched to put you back in line—literally. If there had been anything good at all about Shyne, it was the fact that there was no surveillance.

Holden departed the bus in front of his apartment building, another multi-level monstrosity, but at least one where he was lucky enough to get an apartment on the ground floor. He shook his raincoat off at the front entrance, walked down the hall to his place and glanced over at the freshly-painted door across from his, where a new tenant was supposed to take residence within the next day or so. They better not cook laas every evening like the last one. It was laas season, and Holden had had it up to here with the stench of the fermented vegetable drink that was so popular.

He wearily waved his ID in front of his door and walked in, shutting it behind himself with another sigh. It took nearly three seconds for him to realize that he wasn’t alone, and by the time he did it was too late to scream.

Not that he didn’t try.

“So slow,” a voice whispered in his ear as a thick piece of cloth descended over his face, obscuring his breathing and his vision while it pulled him into an arch. Holden tried to lash out with his hands, to strike back at his attacker, but he grasped nothing but air as he was pulled backward into an arch—until his head impacted the floor with a thud, leaving him dazed. He rolled over onto his stomach to try and push up onto his hands and knees, but the cloth moved with him, wrapping him up even tighter as he shifted, and a heavy weight settled into the small of his back, pinning him. Holden’s shoulders were off the ground, his neck twisted back almost too far to breathe, and the cloth was so thick he couldn’t see through it. He tried to scream, but a hand clapped down over his mouth before he could get out more than a whimper.

“There’s no one to hear you,” his attacker said calmly. “Even if you did scream. Your apartment is at the end of the hall, your next-door-neighbor is at work, and as for the new arrival across the hall…well, that’s me. And I think it’s quite clear that I don’t care about the noises you make.”

“Please,” Holden tried to say, clear enough even though it was garbled against the man’s palm. “Please, please, please…”

“You want to try begging?” There was a brief pause, and then a sigh. “All right. I guess it’s fair to let you have your say.” He moved his hand, and the words poured out of Holden like a waterfall.

“So you do,” his attacker agreed. “You live a very monotonous life here on Shiva. Is it what you thought you’d get, Jasen? When you betrayed your people? When you sold your leadership over an entire city of Delacoeurians for a chance at another existence? Is this what you thought you’d get?” The voice moved closer, until it was right next to his ear. “Because I have to say, Mister Mayor, all things considered I think you got more out of Shyne.”

Mayor…Jasen… “Are you Delacoeurian?” he choked out. “Oh, I—I’m glad, I am, I’ve missed my people so much, I can’t even tell…and I didn’t betray us! It was all Marigo, she’s the one who practically invited the Leelingers in!”

“And she’s going to pay too,” the voice said agreeably. “But I know you, Jasen, and I know what happened in Shyne, and I know that you’re the one who told them how to strike, and where. Marigo might have cleared the way, but she couldn’t have done that without your help. So I suggest you relax now, and think of something that makes you happy.”

“What?” Holden—Jasen—god, what was his own name again? The weight on his back increased, arching him harder. “No! Listen to me, there’s money to be made here, I can help you, I can—”

Crack! Jasen Pendry’s neck broke without fanfare, and his attacker conscientiously sat on top of him and help his broken position a while longer, just to make sure there was no chance of the man reviving. Then he got to his feet, removed the soft cloth from around Jasen’s neck, and checked for bruises. Nothing obvious. He moved the desk chair closer, then tipped it on its side. It would look like Jasen had fallen while adjusting one of the vents on the ceiling. Lovely.

He adjusted his disguise, then walked out the door and down the hall, back outside. The cameras caught him moving, and briefly tried to follow him, but between one block and the next, he vanished into the press of vehicles and was gone.
Posted by Cari Z at 11:43 AM