Notes: Okaaay, this could be a triggery chapter for people, so let me say this upfront: warnings for suicide! I don't care if it's a spoiler, there be emotional land mines ahead! Tread cautiously. 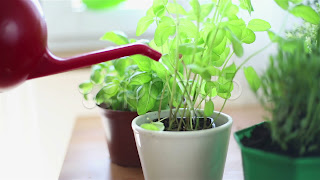 Her inn was conveniently empty the day Melaria found out about the Imperian ship arriving at Utellie, at the spaceport in the heart of the great city. She’d set the system to water all the outdoor plants, but preferred to do the indoor ones herself. It was meant to be soothing, or so she’d heard, but Melaria went about it with mechanical precision instead, dispassionately watering the tufts of salvia and tomillo until the pots glimmered blue. The newscast was nothing but background noise until she glanced at the video playing on her lounge room wall.

Melaria pressed her hand to her throat as she watched the royal couple disembark from the ship, accompanied by their young children. She never forgot a face, not even one she’d only seen once before. There was just one reason for her to see this one now, when he was so capable of changing his form. It was a warning, and she knew it was meant for her. Get your affairs in order.

Melaria had been the person to sink down onto the sofa and watch the ceremonial entrance, but it was Glynnis who stood up when the newscast ended. She made a list in her head as she moved into the kitchen, absently pouring hot water over her favorite loose tea. She would give herself the day to get things done. Firstly: cancel the upcoming stays.

That was the easiest part. Melaria’s inn, Shyne Cottages, was located in a scenic mountain hamlet several hours out from Utellie by hovercraft. It had never been a very busy place, but her clientele had been steadily growing over the past few months. What a shame she wouldn’t be able to host guests when her orange phoralia trees blossomed in a few months. The scent was absolutely enchanting.

“Of course, you’ll get a full refund of your deposit,” she told the last customers, an elderly couple who had once lived in the village, but had moved down to live with their daughter in the capital a few years ago.

“I’m not worried about that, my dear, just about your health! You’re seeing a specialist for the problem, aren’t you? Utellie has some of the best doctors in the entire system.”

“I am planning on seeing a specialist, yes,” Glynnis said around the unexpected lump in her throat. “But I’m afraid they won’t be able to do much good. It’s…related to where I used to live.”

“Oh, no. Did you bring something with you from that dreadful planet? Is it contagious?”

“Not contagious at all, I assure you. Thank you for understanding, Maria.” She ended the call, took a deep breath, then moved on to the next bullet point in her head: Juney.

The cat was dozing in the sunshine, a lazy puddle of fur splayed beneath the bay windows. Glynnis sat down next to him and carefully stroked his back. Juney opened one eye and growled at her, but let it go for the moment. “Prickly thing,” she chided him gently. “We never really got a chance to get along, did we?” The cat had been left behind by the previous owners of the inn, and had never exactly warmed up to Glynnis. Who could blame it, she mused distractedly. Who could warm up to ice? “You survived before when people just let you be. I think you’ll manage it again, don’t you?” The cat glared at her, and lashed a hind leg out to scratch the back of her hand. “I’ll leave the neighbors a note, then.”

The rest of it was slightly more complicated, but only because Glynnis hated the thought of leaving another mess behind her when this was over. She’d done that once already, and the fact haunted her. Daphna would have been so ashamed of her.

As long as she kept moving, it was possible—just possible—to keep thoughts of her daughter, so lively and lovely and fierce and gone, at bay. Glynnis cleaned the entire inn from top to bottom, folded the sheets and blankets and resolutely refused any assistance from the housekeeping system when it beeped insistently at her. If there was a stain, she would own it. A dustbunny, she would eliminate it. And when it came time for her past to swallow her whole, she would meet that head-on as well.

She had a gun, in a box beneath her bed at the very top of the main house. It wasn’t her old field piece—this gun had bee Daphna’s. It was one of only two personal effects returned to Glynnis after she was informed of her daughter’s death. The other had been a single earring, a small red cave crystal stud, that she’d turned into a ring and now wore on her right hand. When the inn was clean, and the sun was beginning to get low, she took out the gun and stared at it, set it in her scoured left hand and ran a finger over the grooves in the barrel. There was no blood there now, but there might as well be. Glynnis had helped bring ruination to an entire people because of this gun—her own people. She had laid them to waste more effectively than the Leelingers ever could have, and all because she’d been tired. Tired, and heartsick, and missing her child. So many others had suffered the same way, but she was the only one in a position to do something so drastic with her pain. In hindsight, she knew that she’d been at least partially insane at the time, but that was worse than cold comfort now.

Glynnis didn’t quite know how long she sat there, quiet and alone, until she heard the downstairs door open with a creak. There was no “hello” or “hola” or any variation, so…well. He was here, then.

Part of her wanted to scream, to leap for her console and call the police. Part of her wanted to take cover on the stairs and start shooting—the gun had three manual projectiles left, although its energy cell had died months ago. The biggest part of her, though, decided to sit right where she was.

Footsteps sounded on the stairs. Her stuttering heartbeat slowed, calming. It was time for this, she realized, and in a way she was relieved not having to wait any longer. Someone would have found her out eventually. At least he was a professional.

Cas Farling, Phage Operative, appeared in the door, holding Juney in his arms. The damned cat was actually purring. “Sweet pet,” he said.

“Not for me,” Glynnis replied, pleased that her voice was steady. “But I think I always knew he had it in him.”

“Almost everything does, until something goes wrong. How are you, Commander Marigo?”

Hearing her name and rank pierced her heart, but Glynnis didn’t bother to wipe the tears away. What good would it do to hide them now? She was already discovered in every way that mattered. “I’m here. That’s about all I can say for myself.”

“That’s a shame,” Farling said, “considering how dearly you sold your present location. I wish for your sake that you loved it here, and were full of rage and horror to see me.”

Farling glanced at the gun. “Your daughter’s, I take it?”

Farling stared in silence for a long moment. “I came here ready to fight, but I think a part of me knew it wouldn’t be necessary. I could snap your neck, or take that gun and shoot before you managed to close your hands around it, but I don’t believe I need to. Do I?”

As soon as he said it, the way forward was clear. “No.”

“Perfectly sure.” Her hands were steady, her heart still calm. “Would you like to wait and verify?”

“No, I don’t think that’s necessary.” He was still holding Juney. “What would you like me to do with your cat?”

Glynnis had an epiphany. “Take her with you, please. Give her to your children; they might enjoy having a pet.”

“They’ll have a menagerie before long,” Farling said with a faint smile. “Thank you, though.”

He paused, then freed one hand from under the cat to give her a formal salute. “Be strong, Commander.”

Be strong. Be brave. You are the hope of your civilization, the shield of your family, the heart of your people. It was in the Delacoeurian oath of service, one that all who served in the military took. Slowly she pressed to her feet, the gun still in her left hand, and returned the salute. “Thank you for your service, Operative Farling.”

He nodded, then turned and walked back down the stairs, Juney still in his arms. Glynnis waited for the door to shut, then looked down at her daughter’s gun. Be strong.

For the first time in over a year, and only for a split second, she had the satisfaction of knowing that she was.
Posted by Cari Z at 11:44 AM