Really. At least, this is the end for now. A sweet, sexy ending for my long-suffering readers just WAITING for the promised HEA.

Up next: whatever comes after The Tower. I don't have a title yet, but I'll put one together shortly. And yes, there will be more sex in that story--I basically wrote myself out of logical places for sex in this book. This long, looong book. Almost 90k, lord. No wonder it took so long. You all are amazing for sticking with me, and I love you. 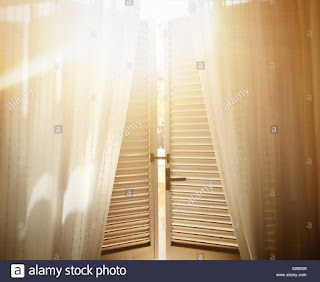 The sun never set on Axia Mara, the planet that Cas and Rone and the children had chosen to settle on. Only half of the planet was really habitable thanks to an unforgiving axis of rotation, but it had a good-sized population whose culture emphasized education and environmentalism, and more importantly, who had no reason to dislike Imperians yet. They were welcomed by the governor of the largest city as official Imperian representatives, set up with a house and staff and private lab, and expected to contribute to local society and bring new trade deals to the government.

The trade deals, at least, came easily—Amiru wasn’t happy about exiling Rone, but he knew he couldn’t send Cas away without Rone going with him, and exiling Cas was the price of keeping his kingship strong. It wasn’t fair, but Cas had never expected life to be fair, so it didn’t hurt to leave a place he hadn’t lived in long enough to know as home. The children came with them, more excited than sad over the prospect of living in a new place, and a military escort and science staff joined them as well. Fillie—now Lieutenant Fillie, the head of their escort—had been the first to volunteer.

It was good, especially now that Cas could relax in the knowledge that he’d done everything he could to avenge Beren, and the rest of his murdered people. Vengeance was a surprisingly faint comfort prepared to the pit of grief inside of him where their loss still lived, but it eased the pain a bit. His enemies were gone, and he was still alive. It was time to embrace that, as well as really settle into not cohabiting with a phage any more.

Losing the strength and speed had been inconvenient, but not too bad. Losing the ability to transform had resulted in some unexpected tears, but again, he’d gotten over it. He still had most of the physical skills he’d had before, just in a slower body. Honestly, the hardest part about learning to live without a phage was realizing that Cas didn’t have the same control over his body’s involuntary reactions that he used to.

Sweating wasn’t terrible. He could do without it, but he recognized that a normal person without a phage recycling their moisture needed it. Fine. Blushing? Yeah, all right. Same with spots, a rumbling stomach, and waking up with weird crust in the corners of his eyes. The one that he really wasn’t used to? Waking up with an erection.

He had trained himself out of it when he was younger, the phage eventually getting the idea and putting a stop to it before he could do more than stir. Now, though, it seemed like he woke up hard every single day, without any regard to what he did or didn’t do the night before. It would have been annoying, if he wasn’t so well-occupied with his husband.

“Slower,” Rone said, putting his hands on Cas’s hips and stilling him. “Take it easy. We’ve got time.”

Intellectually, Cas knew that was true. The kids were occupied, work wasn’t going to take them out of the house until that afternoon…he could relax into this. But it was hard to abolish the habit of years, hard to get over wanting to be fast and furtive and as quiet as possible. Rone was guiding him through taking sex at a more leisurely pace, and sometimes that was great.

Other times, it verged on sadistic. “I want more,” Cas groaned, shifting his hips over Rone’s. He was filled up, fully seated on Rone’s thick cock, just the right side of too big, and he wanted to move. “You can make it bigger.”

Rone chuckled, dark and wicked. “The phage isn’t a sex toy. You don’t need it to be satisfied.”

“Go ahead.” Rone ran his fingers down Cas’s aching thighs. “But slow.”

It was frustrating, how well Rone knew him by now. Cas arched forward and lifted up, forcing his muscled not to clench as he let go, let Rone slide closer and closer, almost out—then down again, just as painfully slow. He felt every inch, and Rone was right—he didn’t need any more of them. Cas was gleaming with sweat, and his back and legs burned from the glacial pace, but the diffuse pain just heightened the intensity of his pleasure. He groped backward with his hands, bracing them on Rone’s lifted knees, and rolled his hips into it, over and over, a needy, trembling mess.

“Touch me,” he gasped. His cock stood out from his body, flushed and drooling. “Touch me, I’m going to come, please...”

Rone liked to tease him, but he never left him wanting. He reached up and stroked Cas’s cock, working his balls with the other hand, and Cas sat down on him hard and came, digging furrows into Rone’s knees in an effort to keep himself upright. Fuck, fuck—“…fuck!”

“That’s so good,” Rone said in a low voice. “So good, Cas, god—you don’t—” He got a hand behind Cas’s back and rolled them over, driving into Cas’s trembling, hypersensitive body with a few more short thrusts before coming himself. Cas tightened around him, holding him close and so satisfied but also wishing it would never end. They both shook as they finally separated, Rone plying Cas with soft, searching kisses as they caught their breath.

Cas laughed. “Good morning to you too.” Pale sunlight filtered in through their window, the unit automatically programmed to provide blackout conditions while they slept and gradually lighten things as the day progressed. “How about we stay in bed for the rest of the day?” Cas suggested with a subtle stretch of his back. Now was when he missed the phage—he’d be living with sore muscles for a while.

“I’d love to, but I need to feed the beast before it eats through my stomach.”

Cas rolled his eyes. “It can go for days without food. You spoil that thing rotten.” Rone’s progress at mastering the phage was impressive, but he was inclined to give in to its cravings.

“We can afford to spoil it, and ourselves now. We’re not at war. We’re not fighting anybody anymore.”

That was true, and the novelty still hadn’t worn off. The last time Cas had even looked at a gun was the one Glynnis had held, almost three standard months ago. Her death had been ruled a suicide. He was grateful he hadn’t had to stage it. “I know that, but I still feel…a sort of background franticness. Like static in my mind, telling me I need to be doing something.”

“You’re doing plenty,” Rone assured him. “You’re parenting, you’re taking classes, you’re teaching Fillie how to fight without embarrassing herself. The noise will fade as other things start to fill you up.”

Cas quirked a smile. “Is that a suggestion? Because that was fantastic, but I’m completely spent.”

“Maybe later,” Rone said, kissing the corner of his mouth. “For now, how about breakfast with the kids?”