Notes: A brief return to Rone's perspective, because I feel it's important to the plot and also, I just want to. ;) We're nearing the endgame! 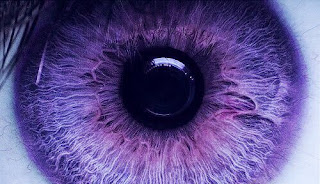 Rone felt the flare wash over his eyes again, didn’t even try to hold it back. What good did it do to keep secrets, at this point? If things were as bad as Beren—no, Cas—said they were, then he’d probably have to come clean about his abilities anyway if they wanted to work together. Just like Cas had been forced to tell the truth about his own.

It wasn’t the worst way to try to forge a new relationship. He watched Cas notice the change in his eyes, saw him open his mouth, then close it again. He’s such a bad spy.

In retrospect, it was easy to see the places where Cas’s tells had gotten the better of him, where he’d done things or said things or simply moved in ways he shouldn’t have been able to, ways he probably hadn’t even noticed. He had a preternatural grace, and he never, ever seemed to run into anything or anyone.

Rone had walked side by side with Private Fillie plenty of times, and the woman was excellent at her job but no so excellent at maintaining a straight line when she walked. As soon as she was distracted or on a verbal tangent, her feet began to meander. She once bumped into him four times during the walk from the clinic to Rone’s own quarters aboard his ship, and that trip hadn’t taken more than twenty seconds. Cas, though, never seemed to make inadvertent contact with her. Rone had watched them wander around side by side several times, and while Fillie weaved worse than ever when she was distracted by someone she liked who was outside her chain of command, Cas avoided every stumble and sidestep.

It was so obvious. The reason Cas had lasted as long as he did was because he was imitating someone he knew in great depth, and because Rone had let his curiosity get the better of his caution. He didn’t quite know yet whether or not to regret that, but he’d know more after he leveled the playing field a bit.

“I want to believe you,” Rone said, and Cas seemed to shrink a little at the qualification. “And I’m not saying that I don’t. But I also think you’re laboring under a few misconceptions, and I want to clear them up. You don’t know what I really am.”

Cas frowned. “You’re a captain in the Imperian navy.”

Rone snorted. “That’s the least of it, lately.”

Cas was silent for a moment, looking him over carefully. “You’re modified,” he said.

“More so than most Imperians.”

Rone nodded. “Much more so.” It was what bastards were for, after all, dating all the way back to the founding families of Imperia. The aristocracy had been in a shaky, untested position—the last thing lords and ladies needed were their infidelities coming back to lay claim to their wobbling status. So they formed a new branch of study around them. “I was brought up as a Devshirme. It’s an Ancient Earth term having to do with forced homage to the royal family, and it’s the fate of everyone like me.”

“Children born out of wedlock to a member of the aristocracy,” Rone clarified. “We’re all trained up to serve from a young age. It was inevitable I’d be sent into the military, I had the pedigree for it and my brother had no interest in it. My father wanted someone he could rely on within the power structure there, and that meant me.”

“But what did it mean for you?”

“Genetic manipulation.” Rone could barely remember the sessions now, but he could recall how he’d felt after them—like every bone in his body had been scraped out and refilled with sand, so, so heavy he couldn’t even lift his hand. “Blending my DNA with several very particular strains in order to get results out of me. Some pieces came from Earth animals, some from local fauna. A few were entirely human engineered.”

Cas’s eyes were wide. “What effect did that have on you?”

Too many to count. “Increased memory skills, increased ability to withstand stress, increased speed and stamina. They were all meant to make me into a better soldier, after all. And they did, for years.” The flare rose up again and he let it go, sheening his eyes that telltale purple that had made the people who knew best run when they saw it. It let him see in the dark, and was one of the few modifications he hadn’t blocked when he finally got a say over his own biology. “I led an elite commando unit tasked with increasing Imperia’s standing and wealth among the system.” He resisted the urge to look down at his hands. “I killed a lot of people over a lot of years and basically thought nothing of it. I wasn’t capable of considering what I was doing to be wrong—obedience had been bred into me as much as innovation.”

Rone sighed. “My father died.” It had been the worst day of his life, but not because of the man’s death. Rather, it was terrible because it led Rone to make the realizations he couldn’t before that. “And my brother refused to continue the program. In fact, he’d married a woman outside of the aristocracy, neither a lady of Metal or Mind. She had a half brother who was an illegitimate son of a Baron of Mind, though, and he was taken into the program as a child. He died when he was fifteen. She hated losing him, and her influence on my brother has always been strong.” Thankfully.

“So you were cured?” Cas sounded skeptical. “Just like that, when the program ended?”

“Not at all,” Rone said. “In fact, I considered leading a rebellion against my brother for taking away my purpose in life. I kept working, kept pushing the men who stayed with me to keep to the cause. But without support, it was just a matter of time before my mind…cleared.” It had cleared on a mission, the face of an enemy suddenly giving way to that of a child just before he went to kill her. He’d stared into her fearful, furious face, and he had barely known himself. All he’d known was what he was doing was wrong.

His men hadn’t understood, hadn’t listened when he’d tried to call the raid off. Rone had been forced to take steps.

A lot of people had died that day.

Cas nodded gently. “Is that how you got Lilah and Shar?”

“Yeah.” Rone coughed to clear his throat. “I made amends to my brother, but there’s no denying I’ve got more than my fair share of monster in me. You’re tough, and you’re clever, but even with the phage, I could break you in two if I wanted to. I know this planet’s technology and society better than you ever will, and I won’t tolerate anything that puts any member of my family in danger. If you do that, I’ll do worse than throw you into jail, Cas. I don’t want to, but…” He sighed. “You’re not Beren. I’m not bound to you the way I was bound to him, not with the same intent. I want to help you get your revenge for him.” For the poor young man Rone would never get a chance to really meet. “But I won’t put any of my people at risk for you. Do you understand?”

Cas smiled, and for a second, Rone saw the man he’d thought he might fall in love with.