Notes: It's time to talk it out, like rational adults who are also starving to death thanks to their phage.

**Edit--I've been informed that I POV slip at the end of this one. I'M SORRY! I'm writing too many things in first person right now, oy. I'll fix it soon. 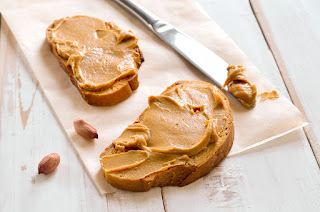 Well, the big reveal had gone better than Cas thought it would. He was alive, he wasn’t in prison, and he wasn’t being experimented on. Those were all good things. Even better was that Rone had opened up to him, shared his past with him and told him that he would work together with Cas to fix this. Excellent, that part couldn’t be better. Except…

Rone hadn’t touched him. Not past hauling him from the couch to their bathroom, so Cas could shower the rest of the night’s gunk away. “What else do you need right now?” Rone had asked, watching dispassionately as Cas got into the shower. No hint of attraction, no glimmer of lust. None of the slivers of interest that Cas had barely realized were there until they were gone.

It was a terrible thing, to suddenly be confronted with the fact that you’d fucked over a possible future you’d barely even recognized you wanted until you were left with was the pain of knowing it was gone forever.

“Food and sleep.” The phage was snarling, starving, just recovered enough after downing a glass of water that it was feeling up to attacking his muscle tissue. “Protein. Lots of it.”

Rone nodded. “I’ll handle it.” He left, and Cas turned and smacked his forehead so hard on the shower wall that it would have left a mark if the phage hadn’t surged to it, trained to heal even as it fought for scraps of energy.

“You’re so dumb,” he whispered to himself. “So fucking dumb.” The phage percolated just behind his eyes, so hungry it was giving him a headache. “You’re dumb too,” he muttered to it, then grabbed the cleanser. Three minutes later he was dried off, dressed, and debating on whether he should try to walk or just go with crawling to the kitchen, given how his field of view was swaying before his eyes.

“Whoa, whoa, whoa!” Warm, encompassing arms plucked him away from the wall and sat him down on the edge of the bed. “Shit, why didn’t you ask the AI to get help? I would have come.”

Cas shrugged. It was easier than saying I wasn’t sure of that and didn’t want to risk the psychological blow on top of the rest of my day.

“Here.” He put a tray down next to Cas. “Fruit smoothie with added protein, apricot-lamb meal bar, and a piece of toast with peanut bu—damn.”

Cas had slurped down half the smoothie before Rone finished talking. He tipped his head back and polished it off in five more long pulls, not even stopping to breathe—he needed energy more than he needed air right now. He set the glass down and ripped into the meal bar, barely taking time to chew it. His stomach rumbled, and the phage flowed from his head to his gut, seeping into his stomach lining and absorbing nutrients directly from the source. He felt the pain of deprivation begin to fade, and by the time he’d moved on to the peanut butter he actually paused to taste each bite instead of throwing it all to the back of his throat.

He finished the toast, then looked at Rone. “More?”

Rone looked dumbfounded. “You ate all that in less than a minute!”

Cas scratched the back of his head. “Yeah, operating the phage is kind of intense on my metabolism, and I did a lot of work with it tonight.”

“I guess so.” Rone stood up without offering a hand, and Cas wanted to smack his head again for bringing up the very event that had clued Rone into his lies in the first place. “Can you get yourself to the kitchen now, or should I bring another meal in here?”

“I think I can walk.” He stood up and barely wobbled. Half the peanut butter toast had stayed with him instead of the phage, judging from the feeling in his stomach.

Cas ate a bowl of chili, a plate of shrimp yakisoba, another meal bar and an entire container of cottage cheese before his stomach finally protested it had had enough. Eating it all took about ten minutes, during which Rone alternated between looking impressed and concerned. When Cas finally pushed the last container away, Rone shook his head.

“I have never seen a man your size eat like that.”

“You’ve never known anyone with a phage before.” Only maybe he did. Who knew who Christala was imitating right now? “That might be one way to narrow down who in your brother’s staff might actually be Christala—check their food intake for irregularities.”

“So we’re getting right down to it, then.” Rone nodded. “It might be, but let’s start with the obvious solutions. Why can’t we just order everyone to get tested for the phage?”

“Your tests are inconclusive,” Cas pointed out. “I was able to fool them well enough to get here, which means Christala was too. And she infected at least one other person with her phage who wasn’t discovered until he tried to kill me, so even if someone tests positive it won’t be definitive. Besides, then your brother would know what’s going on.”

“Fair enough, but to your second point, Amiru is a decent king and a very competent bureaucrat. He knows the comings and goings of his own staff. He could be a great help in figuring out who Christala might be.”

Cas shook his head. “Her greatest weapon is stealth and surprise. She wants to use your brother for something, which means she’s monitoring him, looking for her chance. If she detects a change in his behavior, she’ll do something drastic. It’s not worth the risk.”

Rone nodded slowly. “Speaking of changes in behavior…you say she set a trap for you. She’s got to know you survived it. How do you want that to play?”

Despite himself, Cas’s heart warmed a little. This was what he’d always dreamed about, having a partner to back him up, someone who could work with him. It was a shame it had come together like this, but… “I think it’s best if we make it appear as though you still believe I’m Beren. You can say I got unexpectedly ill, which was what I was going to try and sell you before you figured everything out. I can make myself look feeble and wan, and she’ll probably think I’ve still got you fooled. What I’m more worried about is how we’re going to justify spending more time with your brother and his family.”

Rone smiled. “That’ll be the easy part. He’s been pestering me nonstop for us to spend more time at the palace. I’ll just say that I’ve finally given in.”

“Perfect.” That would get them into position to act, but they needed more information. “We’re going to need logs of his peoples’ daily activities—their work schedules, where they go on their breaks, when they’ve taken leave, all of it. We can at least pinpoint when Christala moved full-time into her new shell.” Danie had been gone for a week. “She might have had someone else on staff infected before, but even Christala can only be one person at a time.”

“It’s a place to start. And I can get the information on his staff without anyone else knowing.”

It felt like a huge weight had been lifted off my shoulders, even though the hardest work had yet to begin. “Thank you. I can’t tell you how much your help means to me.”

Rone looked away. “I’m not doing it for you, Cas. Not really.”