Notes: New problems pop us for Cas. He's going to have to do some dirty work soon. Yay! 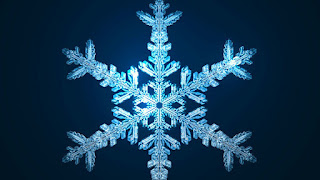 It was late by the time Rone came back. Fillie left after dinner, duty-bound to return to her barracks in the evening. With her went Cas’s last, flimsy defense against Lilah’s piercing disapproval. It was fortunate that the children knew how to get themselves ready for bed, because Cas had no idea what their routine was supposed to be. Lilah might have held out, he sensed, if Shar wasn’t so tired. She wasn’t about to leave her little brother alone with Cas if she didn’t have to. They had separate rooms, but when Lilah marched over to Shar, grabbed his hand and announced that they’d be sleeping together tonight, Cas wasn’t surprised. Shar just nodded.

“That sounds smart,” Cas said. Lilah frowned. “It can be nice to have company in the dark. I know I always felt better when my brother was with me at night. Although,” he added with a little shrug, “the caves were dark all the time.”

“Like a worm,” Lilah muttered, but Shar blinked up with sleepy interest.

“I’ll tell you more about it tomorrow,” Cas promised him. He stood by while the kids got into bed—a long, soft oval that let out a welcoming trickle of music as soon as they got onto it. The light dimmed and he turned to go.

“You’re not even going to tell us a story?”

Cas looked over his shoulder. “What?”

“Our real daddy always tells us a story when he’s home,” Lilah said pointedly. “And our nanny does when he’s not home.”

“Where is your nanny?”

“Still at the other home. Daddy said you’d look after us here.”

Thanks, Rone, for forcing that issue. He couldn’t say he hadn’t asked for it, though—he’d wanted a job, a reason for them to take him off Leelinge. He just hadn’t thought he’d get it by marriage. “And I will.” He sat down in the chair beside the bed. “What sort of stories do you like?”

“You could just read one.” Lilah pointed at the side of the night table, where—sure enough—an icon in the shape of a book glowed.

“Hmm. How about I tell you a story from Delacoeur instead?”

“It’s a planet far, far away.” Cas wasn’t sure what the origin of the story was, but he remembered his mother telling him that it was from Delacoeur alone. “This is the story of the brave little snowflake.”

Lilah might be a hard sell on him personally, but she was interested in the story despite herself. Cas tried to tell the tale how he remembered his mother telling it—the brave little snowflake falling from its home in the sky and getting swept up by the breeze, drifting about as it was nearly eaten by a dog, trampled by a boot, and finally patted into a ball and placed on the very top of a snowman. “The snowflake had found its new home,” Cas said quietly, careful not to wake Shar, who’d fallen asleep once he knew the snowflake had escaped the dog’s slobbery jaws. “It had found its family, and found its place. It was as happy as a snowflake could be. The end.”

That was as polite a dismissal as he’d expected to get. Cas left the room and the light faded out behind him. He made sure the door to the children’s suite was secured, even though of course it would be, then made his way back to his own room.

His room. Apart from his husband’s. Cas ran a frustrated hand through his hair, pulling until the roots protested. It was better, in so many ways, not to be in the same bedroom as Rone. If he was going to be taking care of kids during the day, then he needed sometime to get his work done, and it would be far easier to manage that if he didn’t have to sneak away from his husband.

On the other hand, he was trying to make himself a part of this family—so beyond suspicion that they would leap to defend him in any instance. He needed to get Rone invested in him, beyond compassion, beyond even the legal commitment he’d made already. It was the part of the job that had always come hardest to him, and easiest to Christala.

“Doors open to people who are wanted there,” his teacher had said, and he’d been right. Killing a mark was always easier if you were invited close. Not that Rone was the mark, but Cas needed his protection more than ever now that they were on Imperia. If he was caught…

Don’t be caught. That was all there was to it. He needed to pick people to imitate, and he needed to do it fast. There had to be staff in a household this big—Cas assumed Rone was holding off on introducing everything all at once. And if there were no staff, there at least had to be security people, right?

If worst came to worst, he could mimic Fillie. It would be hard, with all that hair, but he could wear a hat of some kind.

He was just considering whether or not to have a shower—it was the best place to practice a shift, the water making it harder for others to spy on him—when the AI announced that “The Captain is home.”

Interesting that his own AI refers to him by his military rank. It confirmed an unsurprising but useful dynamic for Cas—Rone was as dismissive of his high civilian standing as he could get away with.
Cas left his bedroom to meet Rone in the living area, tiredly slumping down onto the couch. He caught Cas’s eye and gave him a weary smile. “You’re still up.”

“I’m not tired yet.” He shrugged. “Still working out my internal clock, I guess.”

Why not? Cas ignored the implicit invitation to go back to what he was doing and instead crossed the room and sat down on the couch next to his husband. It was time to be direct. “Why don’t you want to sleep together?”

“You slept with me last night on the ship. I enjoyed it. Why not here?”

“Because here there are more than enough people who want to make assumptions about you, and I don’t want to play into their bad habits.”

Cas frowned. “If this is about Freyne calling me a whore, that doesn’t bother me.”

Rone’s eyes widened for a moment. “Why wouldn’t it?”

“Because they’re going to talk anyway, aren’t they?” Cas had thought a lot about this. Manipulation and rumor-mongering were two trades he knew very well, only from the other side. “They’re all going to talk. Either I’m a whore who seduced you, or I’m only using you to be here and keeping your bed cold, or I benefit from just your pity, not your presence, and you’ll be sleeping with other people. Or, or, or. Things will be said. You shouldn’t let them make you unhappy.”

“I don’t want people to judge you without knowing you.”

“That’s just silly,” Cas said gently. “They always have, not just about me, but about everyone.” Why did Rone care so much if Cas was the temporary target of that kind of talk?

Because he cares about you. That was the difference. He wouldn’t be this upset if he didn’t care. It made Cas feel warm inside.

Rone sighed. “Maybe it’s childish to be so concerned. You’re an adult, after all. But you’re part of my family now.”

“I don’t want to make you uncomfortable.”

“I know.” Cas leaned his head on Rone’s shoulder. “We’ll take it slow.”

“Is there anything you think you should tell me?”

Cas’s blood turned to ice. “What do you mean?”

“Dr. Weiss found a few worrying things in your bloodwork. Nothing toxic, but cells that are malformed. He thinks it might be the result of a childhood illness.” Rone’s voice was absolutely even, measured and calm. No clues as to what he thought, no clues as to whether or not he knew more than he was saying. Which Cas had to assume he did.

“I was sick a lot as a child,” Cas said. That was completely true. “We all were.”

“Is that all you think this could be?”

“It’s all I can think of. I’m not sick now, I promise.” His shudder was completely unfeigned. “Will I have to go into quarantine?”

“No.” Not yet, was what he meant. Cas knew it, even if he wasn’t saying it. “But I need you to be honest with me, for your sake. Is that all you can think it might be?”

“All right.” Rone kissed the top of his head. “I believe you.”