Notes: You know what we haven't seen in a while? Cas being a badass. So in this chapter I send us off the rails and propel him into a situation where he gets to be as awesome as he actually is. I'll get us back on track later ;) 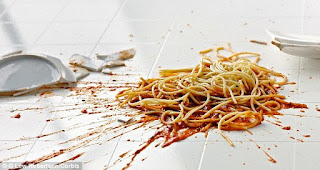 In his two and a half decades of life, Cas had endured physical and mental torture at the hands of his enemies, his instructors, and even his phage. He’d suffered through the deaths of his parents and the murder of his younger brother. He could handle extreme privation, and had stared death in the eye without blinking.

Another day of no one else to bleed off Lilah’s ire might just do him in, though.

Things had gotten…tense, in Obsidian. Cas had expected Rone to be busy attending to military matters, but he hadn’t expected the riots that started only a day after his arrival.

“It’s got nothing to do with either of us,” Rone had assured him in the morning before he left. “Not really. These riots happen every year on the anniversary of the monarchy’s inception. They don’t tend to last all that long.” Only these ones were going on three days now, fueled by rising expenses in the capitol and an especially bad volcanic eruption that necessitated everyone going out in face masks. Additionally, the atmospheric and electrical disturbances caused by the ash in the air and the tremors that shook the foundations of the city made the ever-present monitors meant to identify people as they walked about malfunction. Violence and looting became simple, for the first time in a long time, and the citizens of Obsidian took full advantage.

The troops were called out to police the streets, and all members of the monarchy—and most of the nobility as well, every lord and lady of Metal and Mind—were encouraged to confine themselves to their homes until the situation was under control. All members except Rone—he was out running patrols with the rest of his people, including Fillie and the rest of the household’s usual internal security force.

Which meant Cas was alone with the kids, with no time to research Christala, do anything about his medical problems, or have a moment to rest the phage other than during lightning-fast showers or in the darkest art of the night, when he was certain the children were asleep. And by the third morning of no Rone except for vid calls and no time outside to burn off her own energy, Lilah was downright caustic.

Cas stared at the mess on the wall where Lilah’s bowl had hit it, her casserole spattered across five square feet. A bit of noodle hit the ground with a sad plop.

“I just asked if you wanted something different for lunch.”

“And I said no! I don’t like your lunch, and neither does Shar!” She reached for her brother’s bowl and prepared to throw that too.

“Uh-uh,” Cas said, his voice as stern as he could let it be without tipping over into angry frustration. “That’s not yours. If Shar doesn’t like it, that’s one thing, but you don’t get to make that choice for him.”

Lilah narrowed her eyes. She hefted the bowl, then drew her arm back and threw it toward the wall.

Cas was already there, though, as fluid as a decopus, catching the bowl with one hand and spinning to keep the food inside of it. He set it back down in front of Shar, who stared at him, clearly impressed.

Lilah, on the other hand, looked furious. “You cheated!”

“No throwing food, especially not your brother’s,” Cas repeated. “That was the rule, and you broke it. Go to your room.”

“But I’m hungry! And Daddy promised to take us to the arcade and it’s been so long since he got home and we still haven’t gone!”

The arcade again. “You had your chance to eat and you wasted it, so nothing else until dinner. And it isn’t safe for us to go outside yet. If it was, your daddy would be back already. When he comes home and says it’s okay, we can go to the arcade. For now, go. To. Your. Room.”

“I hate you!” She stalked off in tears, and Cas watched the door shut behind her with a sinking feeling. Rone wasn’t going to be impressed with him when he came back. Not even close.

“Some job looking after the kids I’m doing,” he muttered, then looked down at Shar, who was calmly eating his casserole. “You don’t mind me though, right?”

Shar grinned, then turned his bowl upside down, emptying the rest of its contents out over his tablemat. He wiped his hands on his shirt, then followed his sister into her room.

It would be undignified to throw his own food around in a fit of disgust—the house AI was still monitoring them, after all, and Cas knew that meant that Rone could look in on them and see everything they were doing at any time, except—ostensibly—in Cas’s own room. Bad enough he was using his enhanced reflexes to catch bowls of food, for fuck’s sake.

He’d give Lilah a chance to calm down before trying a different method of distracting her. They’d played every game he could think of and some he’d never heard of before, including so many rounds of hide and seek he felt like he’d learned every nook and cranny of the house where a child might fit. They wouldn’t sit still for a vid, they wouldn’t settle for a story—Lilah was leading a charge against her father’s absence and Shar was drifting along in her wake, happy to let Cas try to entertain him but just as happy to side with his sister when she got to her most ornery. Cas and Rone had spoken every evening, and he’d talked to the kids as well, but it wasn’t the same.

Cas methodically cleaned up lunch, then went to the bathroom and checked his face. He was doing it more and more frequently here—the phage felt unpredictable, too ready to move of its own volition. It made him nervous, and that was something the parasite would take advantage of if it could. Cas had to master it, to clamp down on it. Anything else invited failure.

“It’s two kids,” he told his reflection. “Just children. His children. You can do this.” You have to do this. He was invested, signed on, determined. For better or for worse, he had to figure out how to handle Lilah and Shar.

“AI, give me the childrens’ status, please.”

Wait. What? “AI, give me the location of Lilah and Shar.”

What the everfucking fuck? Cas charged out of the bathroom and toward the childrens’ suite, through the door and into their rooms. Nothing, in either of them. “AI, where did the kids go?”

That wasn’t the right tack to take. He tried again, still searching high and low in every hiding place he’d spent hours identifying. “AI, report the last known whereabouts of the children.”

“The closet in Miss Lilah’s room.”

No, I’ve already checked the closet… But had he checked closely enough? A cold chill radiated down his spine as Cas ran back to the closet, searching the floor, then the walls. It had to be here, there had to be a—

A push against the mid-level set of shelves moved them back and in, dropping them down to floor level.

There was a hidden passageway in this house. One that the kids knew about. One that Rone had forgotten or neglected to tell his husband about.

That knowledge could have been enough to send Cas into a spiral of self-doubt, but he had bigger things to worry about right now. Like the fact that the children were running from boring safety into exciting danger.

He could call Rone and pass the responsibility to him, leave him culpable for not telling Cas about the damn escape routes in the first place. Time was already wasting, though. “AI, inform Rone of what’s happened and let him know I’m going after the kids. Tell him to get his soldiers looking for them as well.”

Cas grabbed one of Lilah’s long-sleeved shirts from a shelf, then crawled into the tunnel.

At least he had a damn good reason to go wandering in the city now.
Posted by Cari Z at 10:02 AM