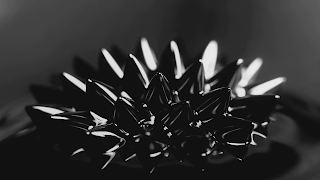 After all his declarations, it would have been strange for Cas to balk at going to bed with Rone, even though all he wanted to do now was stay up and work through every bad option facing him and pick the least damaging. So he got ready for sleep, settled onto one side of his husband’s massive bed, then snuggled close enough to feel Rone’s warmth as he feigned sleep to help make Rone more comfortable.

Rone’s breathing evened out, his heartrate steadied, and after five minutes he was under. Cas rolled onto his back, stared up at the ceiling, and sighed.

There was nothing for it. He didn’t even know where the damn medical center was in this damn city, and he wasn’t equipped to track Weiss down on his own yet. He’d just have to hope the malformations were dismissed. If he was called in for more tests, well…then he’d act. There were some brute-force ways to get a mark to make a change—he couldn’t set pieces of his phage loose in someone and control them from a distance like Christala apparently could, but much like making a decoy from his own flesh that would fool a simple machine, he could make a parasite that was capable of nudging its host in the direction Cas wanted—for a while. A very little while. It was exhausting, and he wouldn’t do it unless he had no other choice.

Don’t exert yourself too much. You’ve got to save as much of the phage’s energy as possible for finding Christala. Christala, who knew he was coming. Christala, who had to know he’d figured out her identity here. It was going to be like finding a black diamond buried in coal. And if he didn’t get her first, she’d get him. He was sure of that.

It was almost, in a way, tempting to let her. For all that he had his goals, for all that he’d given himself a mission, in the end the only thing driving him was revenge. And that was a hot, powerful, sharp emotion, but he was compromising his will by cozying up to Rone. This all would have been so much easier if they’d just let him on board as a regular refugee. He could have laid low, taken a long view, coddled the phage more instead of working it constantly. Everything would have been so simple, and now it was so complicated. Now he wanted more than just murder, and that was dangerous. That want was going to get him killed.

Worst of all, he’d put Rone and his family in harm’s way. Cas was pretty sure that his husband could take care of himself—he couldn’t forget those violet eyes, the way Rone had moved, the reputation he’d built. But the children…they had nothing to do with any of this. Lilah might hate him and Shar might not know what to make of him yet, but as far as Cas was concerned, their safety was equally important as his end goal.

The best way to protect them is to strike first, and fast. There had to be a better way to track her. He had access to military hardware, to money, to medicine—he’d find a way. At the very least he’d come up with a proximity alert that would let him know when another phage was near. Something subtle, though. Maybe—

“Sweetheart.” He nodded down toward Cas’s hand, which had found its way to Rone’s wrist and was gripping it so tightly that it left fingernail marks.

“Oh!” He tried to loosen his grip, but the phage surged up inside of him again, pressing and pining and trying to keep holding on for all it was worth. “I’m so sorry.” He closed his eyes and focused his will on the phage, and made it loosen its presence in his hand. He pulled away from Rone and tucked his hands under his pillow. “Fuck, I’m sorry.”

“Nightmare?” Rone asked, still facing him. The kindness in his voice was like an invitation, one that Cas didn’t quite know how to turn down. He didn’t want to, either.

“Something like that.” He sighed. “I’m having trouble turning off my thoughts.”

“What are you thinking about?”

“You. Us. Your children and keeping them safe.”

“What makes you worry about their safety?”

“It’s just…a feeling.” More like a premonition, but then again, the children were royalty. Surely Christala wouldn’t risk the kind of investigation that would come from harming royalty. Imperians had technological wonders at their fingertips, and if they knew what they were looking for, they’d find her. Cas would tell them himself, if there was no other way out of it.

“The kids are well-protected,” Rone promised him. “I don’t expect you to have to worry about their safety.”

“I’m going to anyway,” Cas said. “I can’t help it. Kids were a big deal to us, back on Leelinge. Infant mortality was high in the caves, so whenever a child was born, we went to ridiculous lengths to get them through the first year. That was when their immune systems were most vulnerable to infection, which is how most of them…” He remembered Beren getting sick, actually, at five months old. Cas hadn’t been sure whether his baby brother would survive. He’d only been a child himself, but he’d stayed at his brother’s side while his parents worked, monitoring his breathing and temperature diligently. Beren had recovered, of course. He’d hardly ever gotten sick again, not for the rest of his too-short life.

“You’ve seen a lot of bad things in your life.”

Cas laughed before he could stop himself. The phage prickled through his veins, every inch of his body too-warm with longing. “That’s an understatement,” he said. “And I haven’t just seen them, I’ve—I’ve done bad things.”

“You grew up in the middle of a war, of course you did.”

The urge to confess was almost painful. “You don’t understand, I—”

“Tell me about it someday,” Rone interjected. “But not right now. Right now, your life has been torn apart and all the pieces turned upside down. You’re in pain. You’re worried. You’re wounded. Let’s treat the new wounds before reopening old ones, okay?” He set a hand on Cas’s shoulder, drawing him in close. Cas went, and the phage stopped making him quiver as soon as he was flush to his husband’s side.

“Tomorrow I have to split my time between my commanders and my brother. You and Private Fillie will have the kids, along with the security contingent. Will that be all right with you?”

“Lilah will come around,” Rone promised. “She gets nervous when things change, even if the changes are for the better. It’ll just take some time.”

“We’ll have plenty of that.” Or almost none of it, depending on what happens in the next few days.

“Mmhmm.” Rone kissed his forehead, then his cheek. Then, very tentatively, he hovered his lips over Cas’s mouth until Cas took the hint and closed the distance.

It was like every ounce of tension in his body melted. Cas was almost afraid his face had fallen off, and touched his temple with one hand, just to make sure Beren was still there. He was—the phage was holding. It was just…happy?

Happiness wasn’t supposed to be in its purview. What the fuck?

Rone pulled away and Cas followed him for a second, still hungry but content as well. “Can you sleep now?” Rone asked.