Notes: New Mutable! Settling into a new home and getting the lay of the land. Soon we'll be hunting, folks. 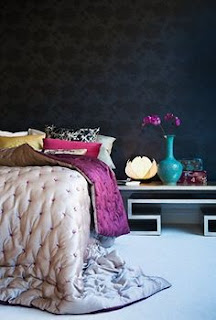 Fillie was nearly vibrating with pent-up energy and goodwill as she accompanied Cas into the house, a little behind Rone, Darven, and the children. “—few minutes to change and come over, and usually I’d be accounting for supplies used and relocating what we had on the ship to Stores, but when the commander offered to bring me here instead I was thrilled to accompany him, even though normally I love reordering the supplies, it’s really soothing.” They approached the tall doors at the front of the stone-faced mansion, and Cas stiffened, but everyone ahead of him passed through easily.

Fillie patted his shoulder. “Don’t worry, you’re in the system, I saw the commander add your DNA signature myself. You’ll be fine.”

Cas forced a smile. “That’s good to know.” Inside, though, his anxiety was spiking into a prickly storm. The DNA samples Dr. Weiss had taken were phage-free, or as close as Cas could make them. Would the door recognize the foreign DNA in his system and dub him an intruder? Would it sound an alarm, some kind of medical alert? Or would it just fry him into nonexistence the moment he stepped inside?

He could take Fillie’s hand and cheat it that way, but that wasn’t a long-term solution. Cas didn’t know enough about the technology to reprogram it in any way—he wasn’t prepared to even attempt that kind of work. No, if this was going to be a problem for him, it was better that he find out now.

He’d start with his non-dominant hand. If he had to lose anything, that was a good place to start. He’d need his feet to be whole, in case he had to run.

“You go first,” he said, pointing toward the door. “I’ll follow right after.”

Fillie smiled and rolled her eyes, but dutifully stepped through the door. “You know, you really need to learn to trust our technology,” she said. “After all, this system will be keeping you safe!”

“I know it will.” And Cas trusted it to do its job, just—he needed to know the limitations of its job, too. He inhaled slow and deep, in a way Fillie probably wouldn’t even see, and then extended the very tip of his smallest finger through the doorway.

The light flashed, acknowledging the entrance, but nothing happened. His whole hand followed it, and Cas had to make sure he wasn’t subconsciously holding the phage back from it, but—no, it was in there. Do it, then. He stepped through the doorway before he had time to clench his teeth, and this time he did let himself sigh with relief as Fillie clapped him on the back.

“Feeling better?” she asked mischievously as they sped up a little to catch up with the rest of the group.

“Much,” Cas said, and he meant it—not just because of the door, but because merely stepping inside of this house was instantly, powerfully soothing in a way that took him aback for a moment. After a second, he realized it was because of the colors. The only red in the entire place was in the uniforms everyone wore—the walls were a cool white and grey stone, the floor similar, but softer somehow—a substance that gave a little under the foot, and was more blue than grey. The furniture dotting the long entrance hall was dark, resembling wood, heavy and fairly simple but still sumptuous. A series of rectangular, horizontal windows mid-way up the outside-facing walls let in just enough light to keep the place from feeling like a—well, a cave.

“I like the color choices,” Cas said, and Fillie giggled.

“Oh, I know, it’s—actually, it’s kind of scandalous, there was a big article by one of the senators on the impropriety of the prince not showing enough of his family’s colors in his own home a few months ago, blah blah disrespect, but nothing came of it. Our king and his brother are able to weather every storm together.”

“It’s nice that they’re so close.”

“It is,” she agreed. “Nice for everyone, including—”

“Private Fillie,” Rone said as they caught up to them in front of another hallway. Inside the colors were warmer, but still not red—yellows, light browns, and pink here and there. “Would you accompany Lilah and Shar into the children’s suite while I settle Beren in his new rooms?”

“Oh, I—I’d be happy to, sir.” She turned to the kids, but they had already taken off into what was presumably their set of rooms, Lilah in full sulk and Shar with a few backward glanced at Cas. She followed them in, and then Rone turned to Cas.

“We’re just next door. Right over here.” He led the way to the next hall, Darven trailing him like a sullen thunderhead.

“You need to stop playing tour guide and start getting ahead of the investigation into Lieutenant Zane’s death,” he grumbled. “You know the generals are going to be asking questions about whether or not you followed proper procedure against biological contamination, not to mention the prospect of a full-on inquiry once the effects of whatever was in his head come to light. Everyone on the crew is going to be put through the medical wringer before they’re allowed to go home. This is just one step below quarantine, and nobody’s gonna like it.”

Uh-oh. That sounded bad. That meant Cas would be investigated too, and far more thoroughly than before. He’d have to come up with a solution to mask the presence of the phage, fast.

“They’re paid to do the jobs they signed on for, not to necessarily like them all the time,” Rone pointed out, oblivious to Cas’s train of thought. “Would you mind staying out here for a moment?” He reached around Darven and held out his hand to Cas. “I need a few minutes alone with my husband.”

“You aren’t going to be able to delay making hard decisions like this all the time,” Darven said, but he turned away and gave them some privacy. Cas took Rone’s hand and let the other man lead him through the door and into—

Wait. This was a suite? This was more like a, like a cavern, like a grand meeting hall that had been transformed into someone’s living space. The ceiling went high, high up, and the large circular central room was a combination of muted cool tones and warm accents that somehow worked. There were couches, several enormous sacks that were prooobably playthings for the children, if Cas had to guess, and an extensive kitchen area. There was even a—good grief, was that a pool of water? Why was it inside?

“I know, it’s big,” Rone said, smiling a little as he took in Cas’s thunderstruck expression. “But the rest of the house is of a necessity open to visitors like my brother and Freyne. This area, and the children’s rooms, are just for us. I wanted them to have everything we might need.” He pointed at a door on the left side of the room. “That connects to the kids’ suite. It doesn’t lock from either side, but it does require DNA identification to get through. There are no fatal security measures in place there, though.

“This door leads to our rooms.” He led the way, and for a breathless moment Cas thought Rone meant they would be sleeping together, sharing a bed just like on the ship and he was so ready for that, but instead—

Ah. Two bedrooms. “This was an office, but I had staff change it out before we arrived,” Rone said. The colors in Cas’s new bedroom were a little brighter than the living area, more like jewels—amethyst purple, topaz blue, emerald green. “You can direct your private door to lock out anyone you want, even me.”

“I just want to ensure your comfort, Beren.”

“And it looks very comfortable in here,” Cas told him. “But I would be more comfortable with you.”

Rather than intrigued, Rone seemed troubled. “Beren…you have to understand, this marriage—I don’t mean for it to—”

“Rone! We’ve got a meeting with the general staff in fifteen minutes! You can not afford to be late to this.”

“I’m coming!” Rone shouted back, then looked at Cas again. “We’ll talk more when I return. Make yourself comfortable, all right? Private Fillie will be at your disposal during her shift for as long as you need assistance acclimating.” He paused, brushed his thumb over the back of Cas’s hand, then left. Cas watched him go, the phage fluttering fitfully against his chest wall, making him ache. He rubbed his breastbone until his husband disappeared, then looked around his room.

Seeing the children again could wait for him to set security up to his liking in here.
Posted by Cari Z at 9:34 AM