Notes: Cas, figuring out how to work a room. Or at least an audience of one. ;) 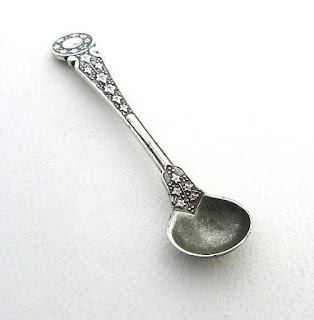 Cas had never, in all his years, seen such a haughty expression directed at him during an introduction. Tiyana might be the queen, but Lilah— “Lilah Marie Basinti, thank you very much—” was apparently the reigning ruler of Rone’s household, and she wasn’t happy to meet him. Not even close. Her dark brown eyes, which should have looked cute on her pixie-ish face, were narrowed with anger, and her hands were clenched into fists.

“You knew he was coming home with me,” Rone reminded her after she refused to shake Cas’s hand once they’d been introduced. “I told you every time we spoke.”

“I thought you were making a joke!”

His wife bopped him on the arm as he sat down next to their youngest child. “How about you turn your attentions to your own little urchins, my dear? Gale is about to dump his soup over the top of his head.”

“Lilah.” Rone leaned in and began speaking to her in a low voice. Once she finally looked away from Cas, petulant but at least listening to her father, Cas breathed an internal sigh of relief, then almost fell right back into panic. Where was he supposed to sit?

“There’s a place prepared for you next to Shar,” Tiyana said. Thank goodness she was a mind reader, or at the very least a competent hostess.

“Thank you.” He pulled out the chair—it was heavy and nearly too big for him, and the one that the child on his right sat in made the boy look even more miniature than he already was.

Shar had a lighter complexion than his sister, almost as pale as a cave-dwelling Delacoeurian, and his black hair was as fine as a spider’s web. He hadn’t said anything so far, not even to his father, just nodding or shaking his head to communicate. He wasn’t uninterested, though. He glanced up at Cas from under his eyelashes every now and then as he slowly ate his soup.

Any success of winning the children over would have to start with Shar, then. Lilah was more likely to be swayed by her brother than she was by her father anyway. But how did you go about impressing a child?

You showed him something he had never seen before, then paid attention to his reaction and did it again, or found something new. It had been a while since Cas had really used his sleight of hand skills, even though they were the foundation of much of his training as a carrier of the phage. “If you have the face of the right man but none of his personal effects, you’ll fail.” His instructor had made him learn to pickpocket, to palm, to hide, to hustle. If he couldn’t lift the ID card of his target, then he wasn’t allowed to become his target.

Amiru, Tiyana, and Freyne had fallen into what sounded like a familiar topic of conversation, if the way they argued about it was any sign. They weren’t paying attention to him or to Shar. Now was as good a time as any to see if he still had some of his early tricks.

Cas started with the tiny spoon at the top of the plate. A tutorial with Rone had informed him that the spoon was for stirring drinks—hot drinks only, cold ones had a different spoon. Ridiculous. But perfect for what he needed it to do, which was disappear.

Palming a tiny spoon and sliding it up his sleeve was easy. Making sure that Shar saw him do it was a little harder—he was putting on a show for one here, and it needed to get his attention but not attract the notice of anyone else. He was lucky, though, because Shar was riveted from the moment the spoon disappeared, staring from Cas’s hands to his face as if to say, How?

Cas smiled and, a second later, produced the spoon again. Shar startled, put both hands on the table and then, very slowly, pointed to his own spoon.

It was bigger, but still not hard. A little misdirection, a little tap, and—

If Shar’s mouth opened any wider, his jaw would hit the soup bowl. His eyes got even bigger when Cas pulled the spoon out of thin air and handed it back to him.

He ended up doing the trick for probably ten minutes, in a slightly different way each time. He made the spoon vanish into a napkin, into his uniform, into Shar’s dress shirt. He made it reappear in a water glass, balanced on the tines of the fork, or actually back in the soup bowl. Neither of them were getting any eating done, but both of them were pleased with the results. Shar was enthralled, and Cas was making the slightest bit of headway with one of Rone’s children. The other one, well…

She and Rone were sitting together on the far side of the room, her head tucked against his chest, his arms around her waist as he spoke to her softly. Cas could have listened in—the phage could augment hearing as easily as anything else—but he didn’t want to move it around inside of his body too much in a place that had murderous doors.

“What a clever little felon you are.”

Damn. Cas had gotten too focused on Shar, and now Freyne was picking at him again.

“Close your mouth if you can’t say anything nice with it, cousin.”

Oh, well…it looked like he had an unexpected ally this time. “It sets a bad example for the children,” Tiyana continued, then looked at Cas with a smile. “I’m sorry we’re neglecting you, Beren. I meant this meal to be a chance for us to really get to know each other, but then the boys’ nanny got sick, and—”

“Charl is sick?” Amiru sounded disturbed. “Since when does Charl get sick?”

“Since today, apparently. Just a stomach bug, she says. It should be gone quickly.” Tiyana turned back to Cas. “Those are fun little tricks, where did you learn them?”

Cas cleared his throat. “My brother taught them to me.”

“Oh, you have a brother too? How lovely.”

Cas forced a smile. “He was very kind to me. He didn’t survive the conflict on Leelinge, though.”

Everyone was looking at him now, even the baby, and that was the last thing Cas wanted. Luckily for him, Rone chose that moment to return to the table. “I’m afraid we’re going to have to take our leave,” he said quietly. “Lilah is having a tough time at the moment, and I’d rather work things out in our own home than continue to argue about it in yours.”

Amiru echoed his wife’s admonishment, and followed it up with, “I wish I could give you more time to settle in, but the general staff want analysis of the latest conflicts and they want it yesterday. Leelinge is beginning to look like one big mistake.”

“Because they’re looking at it from the perspective of a cost-benefit analysis, not the mission of mercy they pretended it to be.” Rone sounded disgusted. “Call a trade deal a trade deal, call a war a war, but don’t disguise whatever you’re doing like a coward.”

“Spoken by the man who ran our covert operations for years.” Freyne folded his hands across his lap, his face smug. “How ironic.”

Cas’s ears perked up, but a firm, “Gentlemen,” by Amiru put a stop to the interesting conversation. “We’ll discuss this later. Rone, go see to your family today but return to me tomorrow. There’s a lot of work to be done.”

Cas definitely agreed with that. He’d have to carve time out to do the work he truly needed to, and soon. Christala needed to be dealt with, the sooner, the better.

He hid the littlest spoon up his sleeve as he stood up, though, getting another grin out of Shar. Well. Maybe he could multitask.
Posted by Cari Z at 8:47 AM