Notes: Here comes the family! This one is on the short side--work + baby + chores = kicking my time management in the ass lately, but some is better than none ;) 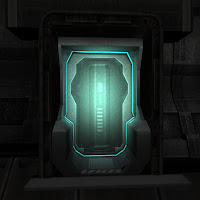 Leaving the hall of lights was like getting his vision back. The phage had helped, but Cas didn’t want to overuse it, especially not in the king of Imperia’s palace, surrounded by technology he didn’t understand and people he didn’t trust. He blinked and made it seem harder than it actually was, clutched at Rone’s arm for a moment for veracity, and when Rone looked at him curiously, just said, “The light was bright.”

“It gives anyone a headache after the first hour or so,” Rone agreed. “Luckily for me, I don’t have to wallow in it very often. I leave that to my brother.”

“I can hear you mocking me,” King Amiru called behind himself as he led the way through the palace, the hall of lights leading into a smaller but no less ornate passageway. “And I make it a point not to expose myself to that particular tradition for any longer than I have to, no matter how regal it makes me look.” At the end of the hallway was a large door, edged in some sort of machine that Cas didn’t recognize. Amiru walked up and stepped right through it, but Rone held Cas back.

“Is this calibrated to let him enter yet?” Rone asked.

“No, but it will be in a few days. Does it matter? He’s clinging to you like a limpet, it’s not going to activate while he holds onto you. Everyone knows how these devices work.”

“Beren doesn’t.” Rone’s voice was completely even, but there was something about how he held himself that made Cas hold back a shiver. “And I’ll thank you not to put him in situations where he could get himself injured or killed out of ignorance.”

“Then you shouldn’t have brought him to Imperia,” Freyne muttered, but backed off as soon as Rone looked at him.

Rone focused back on Cas, holding tightly to his hand. “This door leads into the royal quarters. It’s equipped with anti-intruder technology that will send a strong electric shock through anyone whose DNA isn’t recognized by it. If we’re touching skin-to-skin, you’ll be all right, but if we weren’t and you tried to step through it could be very unpleasant. If it can’t access DNA to sample as you try to step through it, like if you’re wearing total body armor, same reaction.”

That was actually fascinating, but also terribly inconvenient for Cas. “So I’ll be stuck inside if I’m not with you?” he asked.

“The children can help you through as well, or anyone else the system recognizes. I’ll have your genetic code uploaded to it soon, so it won’t be a problem.” He laced his fingers in between Cas’s. “Now then, let’s step through.”

Oh yes, lets step through the door of death together, that’ll definitely make me feel totally better about it. But again, pride pricked Cas enough that he couldn’t show weakness in front of his husband’s family. He nodded, and they stepped through the door. It buzzed faintly, and he felt a light tingle all over his body, but apart from that—

“Now that you’ve escorted the infant through, shall we get moving?” Freyne seemed half a second away from bypassing the order of rank and leading the way himself.

The last time Cas had wanted to hit someone so badly—just beat on them until they bled, never mind killing them like he’d done enough back home—had been Beren’s final teacher, who had dismissively said to him as he left school that he’d better not try and do anything challenging with his life, because he wasn’t made for greatness like his brother. Beren had been crushed and tried not to show it for three days until Cas had gotten the truth out of him.

He would have been great, if he’d lived. Cas knew it in his heart. Of the two of them, Cas was the failure. Not so failed that he didn’t know seventeen different ways to break Freyne’s nose, though, and four of them would make it look like an accident.

The royal quarters kept to the red and gold theme, but there was also blue scattered about, and a calmer yellow and even some black here and there. There were children’s toys on the rug ahead of them, and to the right was a bright—but not too bright—room laid out with a long table and plenty of chairs. Five of them were already occupied.

“Not waiting even for the king himself before eating?” Amiru shook his head in mock-seriousness. “What is this family coming to?”

“It’s coming to feel very hungry, thanks to the king running so late,” the woman at the end said tartly. She had golden-brown hair that fell in tight waves around her head, and skin a few shades lighter than Rone’s. This had to be the queen, Tiyana—her ears were strung with rubies, and more red glinted from her nose and lip and high in her cheekbones. “The children were hungry.”

“We were hungry, daddy!” This was a round-cheeked little boy speaking, sitting right next to the queen. On her other side was a younger child, still in a chair that strapped him in. He shrieked as soon as he saw his father.

“Strong words for your old man,” King Amiru said, heading over to kiss his wife before ruffling the hair of each of his children. “Have pity on me, I brought back your Uncle Rone!”

The other guests at the table had turned around now, and as soon as they saw Rone, they both leapt from their chairs and barreled across the floor to him. He had to drop Cas’s hand to catch them both, kneeling down and folding them into his arms. “There you are,” he said, and Cas wasn’t sure if he was speaking more to the children or to himself. “All is well, I’m back with you. Finally.”

Cas was a little surprised Rone could still talk, given the death grip the younger child had around his neck. The older one, the girl, had her head on his shoulder, enfolded and tucked close by his long, strong arm. She looked over his sparkling golden epaulet at Cas, and the blissful happiness on her face melted away into a hard, angry expression.