Notes: The phage has such a crush. Seriously, I'm embarrassed for it ;) 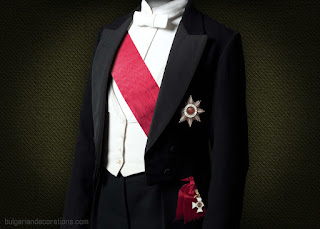 Cas surfaced slowly out of sleep, a change from his usual “blink and I’m awake” sensitivity. He felt…warm, encompassed, and more relaxed than he could remember being for months. For a second he almost fell into panic—relaxation was the enemy, it was bad, something a man wearing another person’s face couldn’t afford—but then he realized that the phage had held his disguise perfectly. In fact, the phage was washing through his limbs like a rising tide, gentle and easy and…happy? That didn’t seem right—the phage couldn’t experience emotions with such specificity. That must mean that it was Cas himself feeling happy, which…good god. How had he forgotten happiness? Beren would have been horrified on his behalf, if Beren hadn’t been the one to carry all his happiness to the grave.

Cas opened his eyes and took stock of his situation. He was in bed—and Rone was next to him. Actually, Rone was both beside and beneath him—Cas’s head and half of his torso were being supported by Rone’s broad chest. One of his husband’s hands rested against his back, holding him close while long fingers stroked slow, soothing circles between his shoulder blades. It was so comforting, so perfect, Cas almost wanted to cry. Beren would have melted if it had been him.

Maybe we were more alike than I thought. He inhaled deeply, let himself stir as though just waking up. Rone’s hand stilled, then gave a gentle squeeze. His neck bent for a moment, then straightened out, as though he’d been about to kiss Cas’s head but thought better of it. “Good morning, Beren.”

“Hey.” He arched a little against Rone’s side, stretching but also testing the waters. His husband didn’t shy away or tense up, but he didn’t pull Cas any closer either. Still, it was a solid start. “How long before we have to start getting ready?”

“We should get a move on, actually. Provided Darven doesn’t kill us all entering the atmosphere—kidding, I’m kidding, honey, don’t stiffen up, I’m sorry—we’ll be on planet in an hour, and at the palace shortly thereafter.”

“An hour?” Cas bolted into a sitting position. Beren would be nervous too, he rationalized. “You should have gotten us up earlier, that isn’t enough time! We have to eat and clean up and get dressed, and—”

“We’ll be all right,” Rone said soothingly. “Remember, I might not be much of a prince but I still am a prince. If I tell them we need extra time, then we’ll get it.”

“Right, and then I’ll be blamed for taking up your time,” Cas muttered. Rone started to laugh. “I will, though!”

“You’re not wrong,” Rone allowed as his chuckles died away. “But I think we can be efficient enough to get things done quickly. And I know I should have gotten us up earlier, but I didn’t want to wake you. You’ve had a rough time on board, and I think you needed the extra sleep.” His thumb rubbed against the blanket where Cas had been just a moment ago. “You seem better for it.”

He felt better, honestly. He was lucky the phage hadn’t completely done away with all evidence of his injuries in the night, it was acting so perky. As it was, he’d have to encourage his limp a little bit to make it seem like the fracture in his ankle was still bothering him. “I am,” Cas decided on at last. “Thank you. But we still need to hurry.”

“So we do. You take the first shower, I’ll see to the food.”

Th shower was actually a little disconcerting. Cas tried—just briefly—to let Beren’s face settle back into his own while he was under the cloudy spray of water. It refused. The phage was actively keeping Beren’s face up, where before it would have taken the opportunity to rest, however brief. It was being incredibly persistent, as though there were something here that Cas was missing. Was it just looking out for his safety? Or was it being a pain in the ass because Rone liked Beren and the phage liked Rone?

“Don’t get any ideas,” Cas whispered before rinsing out his hair. He’d never heard of a phage jumping ship from one carrier into another willingly—the making of a thrall was something else, and an utter violation of both the infection and the infectee—but his was making a good case for possibly being the first. “He wouldn’t know how to handle you.”

The phage trilled up and down his spine, rather pointedly disagreeing.

Breakfast was waiting for him once he made it to the dining area, but Rone wasn’t. “I’m getting into my damn regalia,” he called out from the bedroom. “This outfit’s harder to keep straight than my formal military uniform. I’ll only be a few more minutes, but don’t wait for me to eat.”

Cas kind of wanted to wait for him, but he dutifully went ahead and started in on his “eggs.” It wasn’t hard to tell they were synthesized, but he kind of liked the regularity of the texture. Next up was a muffin—one of Fillie’s favorites. Would he be seeing her today? Was she planning to—

Oh. Right. His seamstress. She of the unexpected skill with and preference for needles. “Please let her in.”

She entered, and Cas went to meet her. She looked as thin and stern as she ever did, staring at him fixedly from under thick, dark eyebrows. She stopped a few feet away from him and held out a uniform, covered in a thin wrapper. “Your costume. Please try it on for me so that I can check the fit.”

Costume? Cas resisted the urge to smile. He had to admire the woman’s expert ability at passive aggression. Well, two could play at that game. “Thank you. As soon as my husband joins us, I’ll go and try it on.” I don’t trust you to be alone in any part of my quarters.

“As you wish.” They stood in complete silence, staring at one another. She was a thin woman, for an Imperian—being as well-fed as a cavern catfish seemed the norm for their people, but perhaps that was because most of who he’d seen were soldiers. The medical staff, interestingly, were all civilians, with only nominal military status. It gave Dr. Weiss and his team a bit more leeway and personal power in times of disruption to keep them outside the command structure, apparently.

Rone came out of the bedroom just before Cas’s eyeballs dried out from their staring game. “Ah, thank you, Nurse Galway,” he said pleasantly. “Beren, let me know if you require any assistance getting into it, all right?”

“Mmmm,” was all he was able to say, because…goodness. Rone in his military uniform was a striking sight. Rone in his civilian regalia was positively sumptuous. Everything about him, from how the deep red and dark blue smart cloth clung to his body to the gems that studded it here and there, as well as the new set of rubies in his ears, transformed him from powerful to inspiring.

Caught staring, and in front of the nurse, too. How embarrassing. “Sorry,” he murmured, and headed into their room.

He laid the suit out on the bed and just looked at it for a long moment. It seemed like just about the right size, but he wasn’t going to take anything about it for granted. He ran his hands up and down the sides, then the pants and sleeves, checking for anything that might cause him trouble—a loose thread, a wire, a needle or a—

“Ah.” A pin. A tiny pin, more of a prong really, which attached a bejeweled tassel to his right shoulder, from which a red sash would encircle his chest. It was small, but it was startlingly sharp. Meant to be an irritant, or something more?

Cas inspected the prong closely but couldn’t detect any sort of substance on it. Finally, he simply pressed it flat again with the help of the bedside table and resolved to keep an extra layer of cloth between it and him at all times.

Getting into the suit took a few minutes and more than one try, but eventually he emerged, feeling absolutely ridiculous in the weighty finery. “Hi,” he said, waving awkwardly at his husband.

Rone couldn’t seem to take his eyes off him, though. “It fits well,” he said. “Very well. I don’t think we’ll need to make any extra alterations apart from those of rank, Nurse Galway. Thank you for your time and effort on this.”

She inclined her head. “It was my pleasure, sire.”

“You’d best get back to your duties.”

She left without looking at Cas again. Was she confident her strange mission was successful, or did she not even really care? It didn’t matter at the moment. Cas had more immediate things to deal with. “I don’t have shoes to match it,” he said.

“We’ll shine what you have. No one will care.” Rone closed the distance. “We just need to remove this—” he plucked off a long red bar on the right breast “—and move this tassel to the other side. Perfect.” His hands lingered on Cas’s arms. “You look perfect.”

A light violet sheen washed briefly over Rone’s eyes, and Cas stared at him, transfixed, his phage swelling and tugging at every nerve with its desire to connect.

“Thank you, Commander Hije.” Rone blinked, and his eyes went back to normal. His grip relaxed. “Ready?”

“It’ll be enough,” Rone promised him.