Notes: On we go, back to Pandora and Jonah and being in the thick of things. Poor guy, I'm just fucking with him over and over and over again. *sigh* I kind of love it. Enjoy! 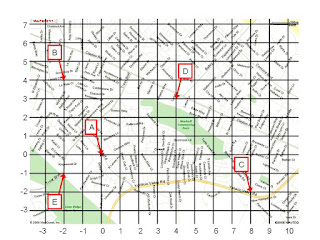 Jonah wasn’t surprised. He’d only managed one tether, and the shuttle was perched on her back—it would be stranger if she didn’t move, the way the storm was raging out there. He’d been expecting a few shimmies, a little slip and slide here and there. What he hadn’t been expecting was the consistency of their movement, a constant grinding back and forth across the stony precipice, making the ship shudder and pitch against the harpoon. If he hadn’t landed a solid hit in the rock, they would have already been in the sea. As it was, Jonah didn’t feel too optimistic about their chances of staying where they were for long. They needed to move. They needed a rescue.

“Need a fuckin’ miracle,” he muttered to himself, one hand pressed to his forehead, the other laying gently on Lacey’s shoulder. She was easy, at least, none of her vitals giving him any cause for alarm. Not again, not yet. It wouldn’t last, though. Easy never lasted.

He went through his options yet again. They never changed, but at least it gave his mind something to do now that his hands were idle. “Stay here and wait for rescue.” Well, that wasn’t gonna be an option for much longer. Not that he knew that for sure, because he didn’t, but it was safer to hedge that bet than bluff with nothing in his hand. The longer they sat still, the likelier it was that they wouldn’t get out of this.

“Try to send out a better signal.” Yeah, they had the emergency beacon, but who knew who was listening for that? What if there was no one to listen? Jonah shook his head; he couldn’t operate under the assumption that Pandora City was lost. If that was true… Anyway, it didn’t matter, because he’d used up almost all of the spare power.

“Try and get to the underground.” He knew the location of the big shelters, like all residents of the Box did. He had no idea how to get to them from here, though. There were back doors, but those were hidden, and anyway, those shelters were a long ways off, if they were even still viable. Nope. Not happening.

“Try and find another shelter.” Except there was nothing out here. Nobody had ever homesteaded out this far—why would they, when most of the population was made up of naturals who needed the nearness of the infirmary to give them a regular boost, and when the landscape was so desolate and brutal? What was there out here to entice a person? According to Garrett, this area was one of his personal hells. And he would know; he’d spent over a day holed up in a concrete bunker when his shuttle had been washed away while he was trying to set up a climate modelling experime—

“Holy shit.” The bunkers. Jonah hadn’t thought about those in close to a decade. They were leftovers from the original colony mindset, one that had included pushing out of the canyon the Box was located in and making a go of it in other places. The bunkers had been installed along the edge of the cliff, about ten of them, waystations between what would have been villages before folks gave it up as a bad idea, because the weather was simply too violent.

The bunkers…as far as Jonah knew, those hadn’t been touched in a long time, but after Garrett had gotten back from his ill-fated little expedition, as miserable and bedraggled as a wet catterpet, he’d insisted on upgrading their capacities. “So that no one else who has to weather a storm out there does it knee-deep in freezing water without a fucking light to see by,” he’d said. There would be a generator. There would be basic facilities. There would inevitably be a Regen unit, because Garrett always, always planned for the worst outcomes, and the last time he’d been out there his natural pilot had almost succumbed to hypothermia. It had scared the shit out of him. Jonah hadn’t paid much attention to that story, more interested in the marriage proposal that had come right after the tale of woe. Now, though…

Jonah struggled to his feet, feeling unaccountably woozy before he remembered that he hadn’t eaten in God only knew how long. He dug a ration bar out of the locker by the defunct Regen unit and bit into it as he rummaged around for the map of the area. They were old-fashioned, these maps, pretty much useless when you were in a working shuttle, but that was another thing that had been included as a “just in case” measure, since the planet was so unpredictable. “C’mon,” he muttered, pawing through the flight log—printed out and stored by the shuttle itself, so it was nice and easy to maintain. The map had to be in here somewhere…

“Gotcha!” At the back, of course. Jonah spread it out on the ground and squinted at it in the dim light of the emergency beacon. There they were, the bunkers marked as little circles along the edge of the cliffs. Two of them had X’s through them, a sign that they were now defunct and hadn’t been maintained. Neither of those were the closest to him, though…were they?

Jonah wracked his aching brain, trying to come up with the answer. He knew where they’d crashed, he could see the display burned onto the backs of his eyelids. They were about twenty klicks out from the Box, north thirty-four degrees, west seventy-five or close enough, he could get into the fractions if he needed to but…Jonah followed the course in his mind and found their likely landing spot, then looked for the closest bunker.

There it was. Less than two kilometers away, if he was right. If he was right. If he could get there through this storm―or should he wait it out, then go? And should he go by himself first, to make sure he was right, or should he bring Lacey along right away? He’d have to carry her, rig up some sort of sled to drag her along. It wasn’t gonna be easy, and he was tired. Jonah didn’t know if he had the energy in him for more than one trip, much less dragging Lacey along behind him, but he didn’t know what other choice he had. The ship was still wriggling like a living thing, and if they went into the sea after all the goddamn work he’d done to keep them in one place, he’d never forgive himself. Or live, but that was another issue.

He’d need to bring food. Sanitizers. As much power as possible in the form of batteries. The beacon…no, not that. The bunker might have its own, and given that he didn’t know who was listening, well…it was just safer this way.

Not safe. What was safe anymore? But safer.

Jonah didn’t let himself think about it too much, just packed as quickly and methodically as he could, trying to remember all the things he’d been told were important back when he’d taken that outdoor survival class. It had been a requirement for every colonist of Pandora, but Jonah had never re-upped it after the first time. Call it the Drifter in him, but he was more comfortable inside—a home, a ship, a city—than he ever was outside. All that space, all that strange openness…frankly, it gave him chills. Garrett had never teased him about it, sweetheart that he was, and after the first few camping expeditions he and Robbie had organized, he’d taken Jonah’s reluctance to heart and not tried to talk them into any more. And Jonah had been glad. Glad.

Fuck. He was a goddamn selfish son of a bitch, was what he was. And now he was going to trek across rocky, unstable terrain in the middle of a downpour, trying to navigate under a pitch-black sky. Robbie could have done it blindfolded. Hell, Garrett could probably do it with both hands tied behind his back, for all that he was a city boy at heart.

“Next time I see you, we’re going camping,” he promised his absent husband. “Sleeping outside, starting fires with matches, all that crap. We can take the kids.” Cody and Ten, Darrel and Grennson…Jonah couldn’t let himself think about them, not right now. “Anything you want, darlin’.” Anything, as long as we’re together.

He glanced out the porthole at the back of the shuttle. The grinding wasn’t so bad now, and he could actually see through the rain. It was an ebb, he knew, not an end, but Jonah would take it.

He knelt down over Lacey. “Okay, honey. Sorry in advance about the cold, but if this goes right, I’ll have you warm again soon.” Warm, and better taken care of. He shifted her onto the stretcher he’d cobbled together, then bundled the both of them up in all the weatherproof equipment he had, then made sure the rest of the supplies were tied securely to the base.

“All right, then.” He slung the fabric supports over his shoulders, then knotted them around his waist. “Time to get out of here.” Opening the back door manually was a pain, but he managed it, and was greeted by a blast of icy rain right to the face.

Lightning flashed, illuminating the puddle in front of the shuttle, and the thin, jerking tether that looked frailer and frailer by the second.

“Great,” Jonah said with a sigh, then started their descent, the route fixed firmly in his mind.