Notes: Sooo, my extensive experiment with multiple 3rd person POV continues! This story is going o be a who's who of the people who've showed up in my stories before. I had no idea I'd need this chapter until I suddenly needed it. So! Have some Jezria Dowd! And stay tuned today, I've got a contest announcement and a flash fic for you later. 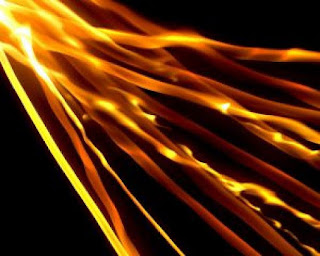 The attack on Pandora was not, unfortunately, the first time Jezria Dowd had come under fire.

No, that honor belonged to her youth on Olympus, when her school transport had been attacked by anarchists on a field trip. No one had died, and honestly Jezria had scarcely believed they were under fire until she’d exited the transport shuttle and seen the pockmarks where the projectiles had hit.

The second time had been far more serious; on her second appointment as a diplomatic aide, she’d been part of the Federation’s first—and last—convoy to Pexc’l’R. The planet was inhabited by a sentient, independent and incredibly unfriendly species. Rather than leave them alone, the president at the time had prepared a series of ultimatums in the form of increasingly angry diplomatic meetings, finally followed by an invasion force. The beings of Pexc’l’R had responded by luring them into a meeting held in their capitol city under the pretext of treating with them, and then blowing up the entire city. Jezria was one of eighty-seven people to survive out of an original convoy of nearly five hundred. It had been an educational experience, to say the least.

The Pexc’l’R were wiped out twenty-three years ago, by President Alexander, under the pretense of interstellar security. No one had fought him on it too hard. At least, no one who wanted their career to survive.

Jezria was no longer an interstellar politician. She had hung up her senatorial status long ago, and hadn’t regretted that transition for the past decade. She currently served as Pandora City’s de-facto mayor, but before now it had been a largely ceremonial position, with little required other than organizing shipments of goods, transports of people and welcoming the new arrivals. It wasn’t until death began to rain down on The Box that Jezria had realized she was one of the few people in the entire colony with any form of combat experience. Now here she was, playing at being a commander when all they could do without spaceside support was endure. For how long, she didn’t know. “Shield status.”

“It’s draining faster,” her aide, Steven Miyakawa, noted. “There’s been an increase in the rate of energy loss of two-point-seven percent over the past four hours.”

“And how are we addressing that?”

“Doctor Sims is increasing power to the fusion reactor. It’ll dim the lights, but she says it should reinforce the electromagnetic field.” For now, went the unstated ending to that sentence, clear as a bell nonetheless.

“We can live without lights,” Jezria said calmly. “What’s the status on the evacuations?”

“Fifteen percent of the population is currently evacuated, Ma’am.”

“Unacceptable.” Jezria turned her gimlet eyes on the unfortunate bearer of bad news. “We should be up to at least thirty percent by now.”

The young woman bit her lip. “Two of the four exits through the Wall have suffered severe damage, Ma’am. We’re working to clear them, but in the meantime that leaves only two exits deemed safe enough to move people through.”

“What about the safe houses themselves? Are they intact? What’s their status?”

“Secure and so far undiscovered, Ma’am.” The safe houses were actually caverns carved out of the cliffs that surrounded The Box and extending out toward the ocean. They were equipped with rudimentary generators and amenities, and were large enough to hold up to ninety percent of the current population of Pandora for a short period of time. Once they’d been big enough for everyone, with room to spare, but their growth had outpaced their security measures. Jezria shook her head. Foolish. Foolish, but it was too late to do anything about it now. Now they had to focus on surviving long enough for the cavalry to get here.

“Push the evacuees, Miriam, we need them to move faster.”

“Doctor Reynard is overseeing the transport of the mobile hospital unit, so once that’s done she’ll be—”

“Belay that. Move the people first, the machines later.” The room quieted as people glanced at Jezria, shock and anger on their faces.

Steven was the one to bring it up, of course. “Forty-two percent of the population requires at least bi-weekly medical treatments from the hospital. We need to move the machines to help keep people alive.”

“It won’t do us any good to be surrounded by machines if we haven’t saved the people who are meant to be using them. And I can’t guarantee that a rescue effort will be mounted in time to spare us the effort.”

“Of—of course it will be!” Glory be, she’d actually struck her imperturbable aide dumb. “The Federation must have put together a fleet response to this by now. At top speeds, they should be here in thirteen standard days. It’s fast, but surely they won’t waste time arguing about procedure when we’re under attack.”

Jezria shook her head. “This is no ordinary attack. Plasma cannons? A literal rain of fire? No. This is meant to be a punishment, to make an example for others in the Fringe to fear. Our colony is a thorn in the sides of many of those in power. I can easily imagine them taking advantage of our current state of affairs.”

“But Garrett Helms is on Olympus!” Miriam protested. “He’s one of us, his son is a natural. Surely he’ll make them send ships to help.”

“Garrett is only one man, and one man with many weaknesses. I have no doubt that he’s doing as much as he can to help us, but.” Jezria turned compassionate eyes on the hopeful young woman. “I don’t think we can count on any assistance reaching us in time to prevent Pandora City from falling. Medical supplies are certainly a necessity, but they come second to moving inhabitants out of the direct line of fire and into a place where their life signs will be undetectable to the enemy. Understood?”

“Good. Get the generators working, and have one of the engineers do a power assessment. If it looks like we’ve got a surplus to work with, then they can begin moving the smallest and most portable emergency medical supplies in there. I want all signals on low for now, though. Having a secret underground base does us no good if we don’t keep it secret. Now.” She turned to another tech. “What are the numbers on killed or missing colonists?”

“Twenty-eight on the Eye assumed KIA,” the young person—Zane? Zare? Jezria was too tired to remember—said grimly. “Three shuttles in orbit there, all non-responsive. Crews of nine total, also assumed KIA. One shuttle in transit down, non-responsive, crew of four missing but presumed dead. One shuttle outside The Box doing a training run, two crew, verified ion impact. I think we’re getting a ping from that one, but it’s just the emergency transponder. There’s no proof that anyone on the shuttle is alive.”

Steven took a look at the data, then sighed heavily. “It was Jonah Helms. He logged a session with Lacey Chambers in, an easy run. They never even went out of visual range of land.”

“We can’t prove he was shot down, but the shuttle has definitely run into trouble out there. There’s a ping, though.”

Jezria folded her hands and tried to look inscrutable, but her mind was racing. This…Jonah…it changed things. Garrett Helms, née Caractacus, was certifiably incapable of leaving things alone where his husband was concerned. If there were a way for him to be alerted to Jonah’s status, then he was. It was now possible—just slightly more possible, but Jezria would take any edge she could get—that Garrett had had a fire lit under him with the clear and present peril to his husband. How that would change things, Jezria couldn’t say, but the deep grief it felt like she’d been carrying inside of her ever since the attack began seemed to ease a little bit. Garrett was a wild card.

Wild cards could change everything.
Posted by Cari Z at 9:35 AM