Notes: Holy crap, I've had so much to do! Lots of projects in the works, lots of things to catch up on from my time away, but voila! New Reformation. Enjoy your Cody/Ten time :) 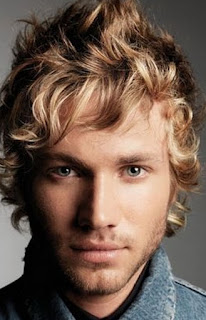 It was lucky that for Cody that Jack was in the system, actually, much less on the planet right now. Jack Vendam did a lot of the negotiating for his adopted family of drifters, a group headed up by Jonah’s mother, Karleen. Jonah and his mother had stopped talking years ago, before Cody had been old enough to remember what they’d fought about in the first place. Not that he didn’t know. It had been him, of course. It was always him. He tore people apart. Hopefully he was old enough this time to be of use, and to get her to look the other way.

As he walked back toward his tower, Cody sent a message to Jack with his implant. Have time to talk? Short and sweet was always easier on his head.

Heading out in a few hours, came the reply. You hear about Pandora?

Oh good, he was already aware. Cody knew that his biological fathers had a tenuous relationship these days, based mostly on getting black market supplies to the colony. Jonah sent a lot of business Jack’s way, and in return Pandora got much-needed equipment without the tariffs and taxes that came from official Federation shipments. The Box wasn’t a wealthy colony, never had been, more concerned with the health of its population than with mining or production. Still, it was one of the only places that would do regular business with the Helms Drifters, and that made it important to them. Hopefully important enough.

I heard, Cody sent back. Going that way?

Close enough to assess things. We’ve got a lot invested in our cargo. No place for it but there.

Is there room for a passenger?

There was a long pause, and Cody found himself stopping in place, unable to walk when he couldn’t even force himself to breathe. If Jack couldn’t help him…if he was still here when Garrett’s escort arrived…

Your dad know about this?

Jonah’s the reason I have to get there.

What about the other one? Jack never used Garrett’s name if he could help it.

Doesn’t agree, doesn’t need to. Cody forced down the swell of guilt that threatened to choke him. He won’t know. Promise.

Actually, the idea of getting one over on Garrett probably really appealed to Jack. He’d been sore ever since Garrett had broken his elbow during a custody dispute when Cody was a kid, then gotten out of serving time for it for medical reasons. Cody could barely remember how Garrett had been when he was off his meds, but he had a vague impression of fury and fierce protectiveness, coupled with an underlying confusion. It had been a rough time for Garrett.

Cody bit his lip. He needed to stop thinking about his stepfather, or the simmering guilt would boil over and change his mind, and he couldn’t afford that right now.

We can meet. No guarantees, bucko.

Cody exhaled heavily. When? The sooner the better, as far as he was concerned.

One hour, Durham district, Rascal’s Bar. Bring everything you’ll need. The subtext there screamed: everything a natural might need. Jack might want to have a relationship with Cody these days, but he’d never gotten over the fact that his son, his and Jonah’s only child, had been born with a disability. Cody had tried for years to disabuse him of the notion that being a natural meant he needed to be coddled and given special privileges, but it hadn’t sunk in with Jack yet.

This would be good for them. A chance for Cody to show his father what he could do. He wasn’t a kid anymore: he was an excellent pilot, a decent mechanic and an innovative engineer. He could take care of himself.

I’ll be there. The connection died, and Cody shook his head as the imprint of the last message slowly faded out of his vision. Once he could move without seeing things that weren’t there, he picked up the pace getting back to his room. He had to pack. He had to…fuck, he needed to leave a message for Ten. Who was going to kill him.

No, if anyone would understand what Cody needed to do, it was Ten. Ten would forgive him. After a long and painful period of groveling, at least.

Apollo Tower was deserted at this time of the morning, every cadet attending class. Cody slinked into his room, wanting to get out of sight of Hermes’ surveillance as soon as possible. The sooner he got off campus, the better. He opened the door to his room, then almost jumped out of his skin as he came nose to nose with Ten.

“What happened?” Ten demanded, not wasting any time on pleasantries, as usual.

“Oh, please.” Ze rolled hir eyes. “It’s like you don’t know me at all. I have an app in my implant that connects directly to Hermes and lets me know when you make abnormal movements that don’t correspond to your schedule, and another one that alerts me to a lexicon of unusual words that correlate to your personal history when they come up in the news. There were only a few mentions of Pandora before things were stifled, but it was enough to catch my attention. That plus you being called into Liang’s office? And then not contacting me?” Ten folded hir arms and glared. “What the hell, Cody?”

“You are seriously invasive sometimes,” Cody said sourly. How was he going to get away now?

“And you’re seriously naïve if you’re only realizing that today. I want to know everything about you. All of the time.” There was an edge of helplessness to Ten’s voice, like ze didn’t know why ze wanted to know everything, like being in love still mystified hir. Cody was charmed despite himself. “I want to be with you, I want to do things with you, and I don’t want you doing things without me. Especially not crazy, stupid things.”

“What makes you think I’m going to do something crazy?” Cody prevaricated.

“If you weren’t, you’d have told me about it already.” Fair enough, Cody supposed. “So? What’s happening? What’s wrong?”

Cody opened his mouth to lie, to tell Ten just enough truth that ze thought he was leaving with Garrett’s babysitters. He stopped, closed it, and reassessed. Cody was shit at lying, not because he couldn’t do it in the heat of the moment but because, inevitably, he felt so much guilt for it that he punished himself until he came clean. It was a childish impulse that he desperately wanted to get rid of, but couldn’t ever seem to.

Ten, on the other hand, had never had a problem with lying. Ten was such a master of the art of bullshitting that sometimes not even Cody could wade through all the half-truths and misinformation to get to the heart of a matter. If—when—Jack took him up to the Helms satellite, Cody knew that he still wouldn’t be among allies. His grandmother disliked him, and he didn’t know anyone else up there. Surely it would be better not to have to rely solely on Jack? Plus, he’d miss Ten worse than anything.

“Okay,” he said at last. “But you have to promise not to send off any messages or try to talk me out of it. Because it won’t work.”

Ten tilted hir head. “When have I ever tried to talk you out of anything?”

Explaining to Ten didn’t take long, maybe five minutes total. The only time hir intent expression faltered was when Cody glossed over his fight with Garrett.

“He’ll have to get over it,” Cody said firmly. “I’m not leaving my dad like that.”

“You realize the Drifter satellite might not get close enough for us to affect any kind of landing, especially not if it’s an active warzone.”

“Of course you will.” Ten thought in silence for another moment, then burst into a whirl of activity. “All right, let me put these cell lines in stasis and make sure the safety systems are up and running. Grab a few changes of clothes for me too. It’s dirty on Drifter ships; there usually aren’t any automatic cleaners apart from the scrubbers for the atmosphere.”

Cody could have melted with relief. “You’ll come with me then?”

“You would have had to have knocked me out, tied me up and thrown me in your retractable closet to stop me. And even then, I’d have chartered a private ship and found you before you could even get out of the Central System.” Ten’s bright eyes met Cody’s. “I’m always coming with you. Get used to it. And I’ll bring my toolkit.”

Ten’s toolkit was a marvel of engineering, a box a meter long and twenty centimeters high, packed with an array of devices for use in every one of Ten’s fields of interest, which were…almost everything. “Good idea,” Cody said. “I’ve got some credits on hand to help pay for our passage, but I don’t know if they’ll be enough to get us to Pandora.”

Ten waved a hand. “Who said anything about credits? We’re going to trade our way to your dad, and they’re going to be grateful to get what we’re offering.”

“Whatever we can fabricate that they need. Which is almost everything. Oh, and we should bring your bike.”

Cody’s new bike, based on a diagram that Wyl had left with him a while back, was a marvel of engineering. It had a propulsion system that rivaled a shuttle, an antigrav unit that would hold up ten bikes like it, and even an environmental seal that could be utilized without draining the battery for up to two days. It was massively overbuilt, and a present from his dads for his last birthday. Cody resolutely pushed its origin out of his mind. “Good idea.”