Notes: Ten's perspective this time--I got it done, yay! 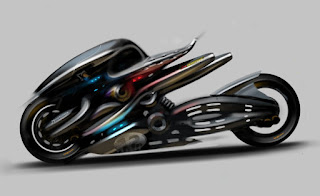 Tiennan St. Clair had never been much of a “people” person. It was a stupid phrase, in hir opinion. Everybody had to deal with other people, it didn’t matter whether you liked to or not. People were always around, you were a person yourself—the whole thing was redundant.

When ze was young, being a “scientific” person had held far more allure. Who cared if anyone liked the fact that you could blow the room off a greenhouse without damaging a single plant? The point was, the experiment was a success! Scientific progress could be measured and accounted for, added and calculated and, yes, while there were messy parts of it (Cody would say it was all messy, but Cody didn’t have the same kind of vision Ten did) overall, it’s adherence to logic and process was incredibly gratifying. People didn’t have the same sorts of processes. Talk about messy.

Being one of those chatty social butterflies did have it’s perks, though. People listened to you better if they liked you, even if what you had to say was complete shit. Morons were more inclined to give you grants and lab space if they thought you weren’t “disruptive.” Symone, Ten’s legal guardian, had talked to hir over and over again about the necessity of finding a way to get along with people, at least while ze was still at the Academy.

“Their rules might not make sense, but you have to follow them if you want to get far enough ahead to where it won’t matter.”

“But I’m never going to join the military,” Ten had insisted. “The Academy just has the best program for undergraduate sciences! Why should I go along with their stupid—”

“Because I said so.” That was how a lot of conversations with Symone ended. It was way too easy to exasperate her.

Ten hadn’t found anyone ze’d really bothered listening to on the subject of obedience until it came to Garrett. Ze had instantly been drawn to Cody, and his father Jonah was still the source of a slightly-ridiculous crush, but Garret…Ten felt like ze could really talk to Garrett. Not because they were both scientists, although Garrett was a pretty good one, but because Garrett had taken an early disinclination toward humanity—which Ten could totally understand, all things considered—and turned it into an ability to manipulate people at the highest levels of government. He’d explained it like a science, and Ten had found that fascinating.

“You have to be able to provide something other people want,” Garrett had said one night when they were all together, even Grennson and Darrel, having dinner in some posh restaurant downtown. Jonah had distracted everyone else with something, so it had just been Ten and Garrett at the table. “Whether it’s a product or a perspective. People are mostly selfish creatures, and they’re always on the lookout for self-improvement. If you can offer them something that appeals to them, they’ll work to accommodate you. Of course, they might also try to steal from you or murder you, but,” he’d shrugged his elegant shoulders, “that’s pretty much par for the course. Utility is the key to others keeping you around. And eventually, you get to the point where you don’t need their approval anymore, because your position is too strong to oppose.”

“That makes so much sense,” Ten had marveled.

Garrett had laughed. “Jonah doesn’t like it when I put things in such ‘mercenary’ terms, but that’s because he’s a nice person.”

“Yes. Like Cody.” Garrett had looked out at his family, his eyes glittering, mouth twisted in a little half smile. “I’m not. And it’s better that way. Nice people need support from those of us who are willing to be hardasses to get what we want.” He’d smiled at Ten. “I’m glad Cody has you.”

And now more than ever, Ten was glad ze’d taken precautions to ensure that Cody couldn’t do anything dumb, like run off without hir. Cody might have Jack on his side, for whatever that was worth, but Ten knew how to keep people from taking advantage of him.

And that was going to start right now.

“The bike has to come,” Ten said briskly, interrupting Jack’s refusal as they stood outside his beat-up shuttle. Jack had been glad to see Cody—ecstatic, even. Ten didn’t know the whole story, but from what he’d been able to piece together, Jack had given up all his rights to his natural son, only to decide he wanted to have a place in his life later on. Cody, being the sweet-natured person he was, was all for that. Jonah was less enthusiastic, and Garrett would probably happily have Jack murdered on the sly if he thought he could get away with it. Ten had decided to go with Garrett’s viewpoint: reluctant engagement, but absolutely no trust.

Jack didn’t trust hir either, so it all worked out.

“In what, the shuttle or your ship?”

“Either. There’s barely room for you, so if you wanna come along, I suggest you—”

“We’re not stupid. You’re trying to manipulate Cody into doing things your way because you feel like you’re doing us a favor, but we’re not idiots. This model of shuttle can lift off with up to ten-point-two tons of cargo, and from the looks of your suspension you’re carrying no more than five. The bike weighs less than one eighth of one ton, and all three of us put together aren’t going to change things much. It’s also carrying all of our supplies, which you’re going to be partaking in, so file it under necessary baggage and let’s go already.”

Jack looked at Cody, open-mouthed. Cody shrugged. “Ten’s right. We’re not trying to inconvenience you, but we need it. Unless you want the Lady to kick us off as soon as you bring us up.”

“The Lady” was Cody’s grandmother, the matriarch of the Helms clan. Cody couldn’t remember much about her, but seeing as she hadn’t tried to contact her son or grandson since they’d left the clan, obviously there was no love lost there.

Jack rubbed a hand over his face. “Cody, she ain’t gonna be happy no matter what you bring up. The more you’ve got, the harder it’s gonna be to justify finding room for you.”

“Your ship is bigger than most space stations,” Ten said. “I daresay you’ve got room for two not-so-large people and one bike.” Honestly, was the logic of it so hard to follow?

“Jack.” Cody reached out and put his hand on the man’s shoulder. “We’re not going to make trouble for you, we just want to get to Pandora.”

“Right.” Jack looked at Cody like a person might look at his last meal before an execution—wanting him, but knowing that trouble was going to follow after. It was…kind of disturbing, in Ten’s opinion. Ze slid a little closer, close enough to touch if ze needed to. “All right, then. We have to get outta here before they shut down the ports.” He waved both of them toward the shuttle. “I’ll get her prepped, load your bike into the back.”

“Got it.” They separated, and as soon as Jack was inside the shuttle, Ten sighed.

“How disturbing do you find him? Because you must find him disturbing.”

“He just doesn’t quite know how to deal with me,” Cody said as he rolled the bike around to the open hatch.

“That much is clear. Just…stay close to me up there, okay?”

Cody grinned, but it looked a little forced. “You think I want to be alone with anyone else up there? None of them have any reason to like me, I know that.”

“And hitching a ride with these people is really the best thing you can do right now? I’m not judging,” Ten added as Cody turned a glare on him. “I just want to know.”

“It’s better than I could do in some safe house on the edge of the universe,” Cody said flatly. “Garrett wants me out of the way, and I wouldn’t be useful to anyone like that.”

Except Garrett, Ten thought, but ze didn’t voice it. “You ready to shut down your implant?” Ten asked. It wasn’t like they’d be able to use them on a Drifter ship, without the embedded capabilities of most of modern society.

“Yeah. My messages are kind of piling up.”

Probably. Ten already had several each from Grennson and Darrel. Cody had to have more. Ze pulled hir one of hir latest inventions, a tiny remote that could selectively disable nonessential parts of implants. “Come here.” Ze stroked the curly hair at the back of Cody’s hair up out of the way—not essential, but ze took ay chance ze had to run hir hands through Cody’s hair—and turned ninety-nine percent of it off.

Except for the part that would let them communicate at a distance. It wasn’t easy to do, but Ten was pretty sure ze was going to want the option of using it, just in case.
Posted by Cari Z at 11:32 AM