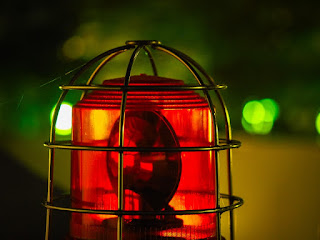 Darrel felt like the klaxon that had sounded over the Academy campus half an hour ago was still ringing in his ears. Emergency declaration. Emergency declaration. Proceed to your towers for orders. Proceed to your towers for orders. It had been broadcast over their implants too, and the flashing red and yellow indicator in the corner of his vision would stay there until Darrel reported to his superior officer for duty. The thing was, he didn’t even know who his superior officer was supposed to be yet.

“This is a non-standard emergency mobilization,” Sergeant Bowers had explained to him and the rest of the cadets in Apollo Tower. “There are confirmed reports of a piracy attack on a planet in the Fringe, and the admiralty has decided to take this opportunity to improve the wartime capabilities of our student body.”

“But most of us haven’t even done a mock deployment before, sir,” Darrel had spoken up before he could talk himself out of it. He didn’t have to be Grennson to feel the apprehension rolling off his fellow cadets. This wasn’t just non-standard, it was unprecedented. Grennson couldn’t stop shifting on his feet, quills vibrating with little shudders that only Darrel was really close enough to see. “Is there something wrong with the fleet that’s already deployed out there?”

“Our navy has downsized dramatically in recent years, cadet, but regardless, this is an executive order. Kit up, and follow the directive sent through Hermes to get your personal mission plan.”

Well, that was a fucking non-answer if Darrel had ever heard one. He’d wanted to press the point, but Grennson’s discomfort and the sergeant’s obvious dismissal decided against it for him. Instead he took Grennson’s hand and radiated as much calm and comfort as he could when he wasn’t really feeling it himself, and led his friend back to their quad. Their currently empty quad.

“Where are Cody and Ten?” he muttered, looking around. He waited for his personal directive to start scrolling across his mental screen, but nothing came, just the indicator to wait, wait, wait.

“I know they’re not, it’s annoying.” And a little disturbing. Darrel would never admit it out loud, but he always felt a little better when the four of them were together. More like they could handle anything that was thrown their way, instead of worrying about unsolvable science or a personal interaction that he wasn’t prepared to deal with.

Darrel turned and faced Grennson. “What, on campus?”

“No,” Grennson said breathlessly, like he couldn’t quite believe it. “On the planet.”

“What?” How could that be? Had they deployed early? Why hadn’t they send either of them a message to let them know? “Are you sure?”

“Yes.” Grennson’s eyes were huge, and bright with an emotion Darrel didn’t want to see in his best friend. It looked suspiciously like fear. “I can’t feel them anymore. I could, for a while, but now they’re moving away and I can’t feel them!”

“Okay, c’mere.” He led Grennson over to the couch and pushed him to sit back on it, but Grennson wouldn’t let go of his hand.

“Stay with me,” he insisted, and Darrel couldn’t say no.

“I’m not going anywhere,” he promised, all while sending out a ping for Cody and Ten. His implant echoed dully: no response evident. He checked his messages again, but there was still nothing. What the hell were the two of them doing, leaving the planet but not leaving a note?

An incoming call light flashed on the holo screen in the center of the living room. Darrel activated it instantly. “Hello?”

“Darrel?” The face that materialized in the vid was…Garrett Helms? Darrel felt himself relax a little. “Are you okay?”

“Grennson and I are fine. Do you know about the deployment?”

“I’ve heard about it, but I don’t have all the details yet. Is Cody there?”

Darrel’s tension ramped up so tight that he heard Grennson squeak in reaction next to him. “No,” he said slowly. “He and Ten are…I thought maybe they were with you? I haven’t seen either of them all morning.”

“No.” Garrett’s voice had lost all inflection. “They’re not with me. Do you have any idea where they could be?”

“Off planet,” Grennson whispered. Garrett’s eyes focused on him like a laser. “I felt them leave perhaps a quarter of an hour ago. I don’t know who they’re with, if not with you.”

“Ah.” That was it, just ah. “Give me a moment.” His face vanished from the screen, and Darrel and Grennson exchanged a blank look.

“If Garrett doesn’t know where they are, then they’ve—they’ve probably run away.”

“Why would they run away?” Darrel demanded. “Neither of them is afraid of something like a deployment. At the worst it would be an inconvenience for Ten, but Cody wouldn’t just…abandon his responsibilities like this.” He wouldn’t abandon us.

“I don’t think it’s about avoiding conflict,” Grennson said slowly, like he was still working it out in his head. “I think it might be about—approaching it from a different direction. Do you know where the pirates are attacking?”

“They haven’t announced it yet.” Darrel felt his heart stutter a little in his chest. “Do you think…”

“I think we’re going to Pandora.”

“Then why wouldn’t they want to go?” Darrel exploded. “You wouldn’t be able to keep Cody away from Pandora if it’s under attack, not with his dad there right now. It doesn’t make any sense!”

“I know.” Grennson’s voice was quiet. “Which makes you wonder, doesn’t it? What would pull them away from the opportunity to travel to Pandora and be part of its protection, without giving them black marks on their Academy records? What would make them leave without telling us? Why would they have to be so secret? Why wouldn’t they even contact Garrett?” He gestured toward the frozen holoscreen. “Cody has never been careless of his fathers’ feelings. Garrett is greatly distraught.”

“How can you even tell that?”

“It’s very clear to an empath.”

The holoscreen flared to life again before Darrel could reply. “Stay in your quad for the time being,” Garrett said without ceremony. “You’re going to be personally escorted to your individual deployments.”

“How do you know that?” Garrett wasn’t a part of the Academy’s administration, he shouldn’t be able to know these things. He just shook his head.

“Will we be together?” Grennson asked.

That got the first fresh hint of emotion from Garrett since they told him Cody and Ten weren’t around. He smiled, and now Darrel could see what Grennson must have been sensing all along: it was the most fragile, careful smile he had ever seen. “Yes, you’ll be together. I promise.”

“It’s the least I can do. Take care of each other, all right?”

“What about Cody and Ten?” Darrel pressed.

Garrett shook his head. “Try not to worry about them. They’re all right.” For now, the subtext screamed. Garrett ended the connection before Darrel could ask any more questions.

He looked at Grennson, who seemed calmer now. “I still don’t understand.”

“It’s okay.” Grennson reached out and patted his head, the same way Darrel would stroke Grennson’s quills when he needed to be soothed. “I don’t think anyone does.”

Five minutes later, a knock sounded at their door. Darrel dashed over to answer it, Grennson at his heels. He opened the door—

And immediately brought his hand up into a salute. “General, sir!” Holy shit, what was General Caractacus doing outside their quad? What was he doing in active uniform at all? Darrel didn’t know him well, but the man was Cody’s grandfather, and a war hero. He’d retired years ago, though.

“Gentlemen.” The general looked between Darrel and Grennson, who had crept up beside him. “At ease. You two are under my personal command until further notice.” Sure enough, Darrel’s notification icon had stopped blinking. “I was here anyway, and I thought I would escort you to my ship.”

“We…um…we should be escorting you, not the other way around,” Darrel insisted. “You’re the general.”

“Call it whatever you like, but we’re on a schedule. Are your kits ready to go?”

“Yes,” Grennson said. They’d made sure they had their emergency kits prepped after getting off the holo with Garrett.

“Grab them and fall in. I’ll explain more once we’re on board the Masterful.”

Grennson looked around curiously. “Where is the rest of your entourage, sir?”

“They’d better be busting their asses getting our ship ready,” the general replied with a hint of humor. Darrel hoisted up their duffel bags and returned to the door. The air still smelled a little acrid with the scent of Ten’s last failed experiment. Darrel had never thought he’d miss something like that, but the prospect of leaving it behind had him nervous all of a sudden. What were they walking into? What had happened to their friends?

And they were still together. Darrel’s unease steadied a bit. They were together, and wherever they were, so were Cody and Ten. He was grateful for that.

He just hoped things stayed this way.
Posted by Cari Z at 11:18 AM