The Train: Chapter Two, Part One

Notes: I know this seems like a lot of setup, but it's not all that long. Plus, more magic! And as it stands, we start to ramp up the intrigue, so...enjoy! 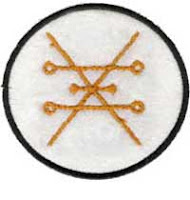 It didn’t take too much investigation for Anton to figure out which way he should be going. His berth was in Sleeping Car Four, Cabin One, Upper Bunk. It was, according to the ticket, located right next to the washroom at the end of the car, had its own small sink that would apparently run with hot water for a fifteen-minute period each morning and evening, and was “amply appointed both for comfort and entertainment.” If that meant there would be enough room in the cabin for Anton to use to avoid interacting with his berth-mate, he was all for the ridiculous level of luxury.


The train was completely done in the “vestibule” style, enclosed on all sides, with a diminutive hallway down the center of each car that one could use to travel along. Anton clutched his holdall a bit closer to himself as he made his way to Sleeping Car Four, which was five cars back from where he had boarded. He had worried about the potential of being accosted by someone who should know him, or rather, know Consul Hasler, but fortunately spirits were too high as the train began to depart from the platform to pay him any heed. Passengers waved gaily from the windows out at the avid Parisian crowd, which had finally been allowed to gather and take a closer look now that they were leaving. Anton wondered for a moment if the increase in traffic meant that his attacker was ever-more-likely to be found, and pressed his lips together tightly. He wouldn’t rest easy until this train was well on its way.


Likely he wouldn’t rest easy regardless, not until he was safe in Zürich. It would be better for his state of mind if he did not borrow trouble before then, however.


Finally Anton reached Sleeping Car Four, and tentatively opened the door. The cabin was empty, and Anton gusted a sigh of utter relief. He shut the door behind him and leaned back against it, wishing there were a key he could turn that would make the illusion of privacy more real. As it was, he forced himself to keep moving, rather than giving in to the impulse to pull down his bunk and take a well-deserved rest on it.


But, ah—his bunk was already pulled down. A brown leather valise sat atop it, appearing undisturbed. Anton set his holdall on the elaborately-tooled leather chair in the cabin’s corner, then reached for the valise. It was heavier than he’d expected, and the brass fittings atop it were more than decorative closures; they were equipped with a serious lock.


Anton sighed. He might have expected that, given that the man whose role he was assuming had recently tried to murder him with a very magical knife. One probably didn’t have much luck remaining a top-secret assassin if one wasn’t prepared to be, well, secretive.


“Right, then.” There were ways of getting past a lock, and given that Anton had no idea who he was supposed to be beyond a name, he needed to get past it. He leaned in close and inspected it. Brass was a transmutable metal, an alchemically hot metal, and metaphysically speaking it was easy to produce a simple reaction with it. Anton considered for a moment, then reached for his holdall. He would be needing his chalk.


In theory, there was no need for the actual symbols when it came to the practical side of alchemy. While they were useful in establishing the pattern of what element was placed where, what thaumaturgical equations might apply to the given situation, and what ritual was necessary for the desired result, technically speaking, they were merely a prop.


Practically speaking, the symbols were a prop in the same way that a blueprint was a prop to an architect. Certainly, Buckingham Palace could have been built without one, but the servants quarters would probably have ended attached to the Queen’s privy if they hadn’t.


Anton was no artist, but he had adapted to the necessity of accuracy early in his life. The slender chalk circle outlining the lock at the top of the bag was perfectly equidistant on all sides, angled leather surface notwithstanding. Anton’s father had made him learn to draw perfect circles on molten glass; he could certainly handle this. On one side of the circle he drew he symbol for zinc; on the other, copper. It was the most potent approximation of brass currently available to a practicing thaumaturge, although Caroline was working on correcting that. His best friend might be a theorist rather than a practitioner, but she was determined to drag alchemical symbolism into the new century, and that meant adapting it to alloys rather than working around them.


Anton shut his eyes and wished, not for the first time, that he had some way of contacting her. Caroline’s recent marriage had taken her from London to Edinburgh, where her new husband was originally from. As the only children of two of England’s most notable thaumaturges, their fathers’ professional and personal proximities had naturally led to a certain closeness between their families. Being two years apart in age had been like nothing―they had played together, fought together and been educated together almost their lives, largely because it had taken some work on Caroline’s father’s part to secure a place for his daughter in a school of distinction. Caroline was easily as smart as Anton, though, and she had proven it time and again by ranking first among their peers after every examination.


Anton took out his magnifying loup, fixed it to his eye and examined the lock more closely. Oh…Caroline would have loved this. The work was simple but elegant, the body of the spell worked into the very teeth of the mechanism that held the valise closed. A variant of fire—lightning, perhaps? Rather shocking, in any case. Possibly debilitating, and nothing that would be conquered with a key or combination. Without the right incantation, this lock would be a challenge to open. But its spell could be muted or even undone with a careful application of water, perhaps, and Anton had a source of that readily available. As long as he could manage the side-effects that would inevitably be caused by…


Anton could almost hear Caroline laughing at him. What is the first rule of thaumaturgy?


Evaluate whether or not it is actually necessary to use thaumaturgy. But surely whoever had designed this bag had been more thorough than that.


There was only one way to find out. Anton pushed up the loup, reached into his holdall and removed a lead-handled knife with a silver blade. It was next to useless for cutting, but it would keep the worst of the spell from affecting him. Holding his breath, Anton readied himself, then stuck the blade through the side of the valise. It slid in smoothly, nothing fighting its path but the natural toughness of the leather, and no defensive spell to speak of manifesting.


The bloody fool hadn’t bothered to secure the soft, penetrable sides of his bloody baggage. Perhaps dying on the tip of his own weapon had been a sadly inevitable, rather than horrifying, end for him. Anton rolled his eyes and cut until he could easily reach both hands into the valise.


Undergarments. Well used, but at least they were clean. Anton set them aside and kept feeling around. There were more clothes, but it wasn’t clothing he was interested in. He needed information: an example of the man’s correspondence, perhaps an idea of who he would be meeting with in the course of his duties on this trip, anything that would make it feel less like Anton was floundering in the dark.


He pulled out a rather garish artificial fly in a box marked Weber & Sons—of interest to an angler, perhaps, but otherwise less than helpful right now. There was a copy of what seemed to be yesterday’s newspaper, the front page split between Napoleon the Third’s latest diplomatic conquests and unrest in the east. There was a little book of…Anton almost got dizzy looking at it. The type seemed to crawl on the page, one minute coalescing into recognizable letters, even if the words were foreign―unfortunately, his father’s translation Device included no visual component―and becoming a cipher of loops and lines the next.


There was no natural reason that he shouldn’t be able to focus on the page. Anton pulled his loup back down over his right eye and looked again. Ahhh…there it was.


Not that the writing was intelligible; it was still in a language that Anton didn’t speak, but he could at least make out the true shape of the words now. This was a palimpsest. A magical palimpsest.


It was a puzzle, and Anton adored puzzles. He wanted to pore over every page of it, but just then a polite knock sounded against the door. “Monsieur, the trainmaster requests your presence in the dining car for a brief explanation of amenities and expectations in five minutes.”


“Very good, Monsieur.” The man’s footsteps continued on, and now that Anton wasn’t so wrapped up in his own head he recognized the sound of many different footsteps, actually; an entire parade of people seemed to be making their way past his room, chatting and laughing and generally being merry. It was…quite irritating, actually. This was why Anton had always fought tooth and nail to get his own laboratory space; he was, at best, politely indifferent to his fellow researchers and at worst, actively misanthropic. It was a defect of his character that a lifetime of Caroline and his mother’s fine examples hadn’t been able to cure.


Anton repacked the valise as best he could and lay it in a corner on the floor, transferring the palimpsest to a secure pocket of his holdall before tucking that away as well. He took a moment to examine himself in the mirror above the small but sumptuous marble sink against the wall.


He looked decidedly worse for wear. Anton kept his face shaved, a minor but continual remembrance for his father, who had done the same all his life. This habit, unfortunately, left him with no cover for the scrape that he couldn’t remember getting along the right side of his jaw. His dark stubble was just beginning to prick through his skin, and his hair was lank with sweat and possibly other fluids. His tired brown eyes were bloodshot, and his skin was decidedly sallow, appearing too thinly stretched over his cheekbones. It was not a good look.


On the other hand, the coat still appeared acceptable even if it was beginning to smell a bit ripe, and the hat was…better than his hair. Anton retied his ascot, straightened his coat, and headed out into the hall before he could give himself a chance to rethink his strategy.


Of course, it was hard to rethink something that didn’t actually exist yet.
Posted by Cari Z at 11:09 AM

Email ThisBlogThis!Share to TwitterShare to FacebookShare to Pinterest
Labels: for Tiffany, steampunk, the train ch. 2 pt. 1