Notes: More Rivalries, yay! Have a tender moment before a major revelation, friends ;) 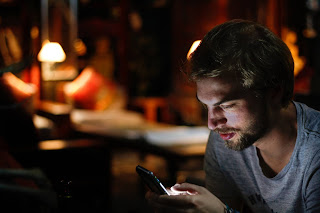 What was the old curse? May you live in interesting times.

John felt the weight of a curse like that right now, felt it around him like a waterfall, roaring and stinging, and all he could do was cling to his raft and try to weather it in one piece. And try to hold everyone else he cared for together, which was harder than he’d thought it would be.

Thinking about him, trying to help him while watching Charlie suffer with him, that would have been hard enough. But now he had Charlie to worry about too, thanks to this stupid fucking duel that Principal Cross was insisting on. John had wanted to confront her about it, but Charlie had put a halt to those plans with a single look.

Did that mean John was whipped? It probably meant he was whipped, but he didn’t care.

Shit, speaking of hard enough, it didn’t feel fair that the honeymoon period of their relationship was being tested by all of this crap happening all at once. The lightness, the joy…it was muted now, buried under the weight of both their responsibilities and commitments coming to the fore. John was glad he wasn’t a naturally jealous person—even if he was, he’d be an idiot to be jealous of a child—but he missed being the first thing Charlie focused on in the morning when they woke up. Now the first thing he did was check his phone to see if Huda had left him a message about Ari.

He’d tried to apologize for it exactly once, after he had to leave the table for dinner on Thursday and spent an hour on the phone with a frantic Ari, assuring him that they’d see each other soon, as soon as next week, that he would feel better and it would be all right. “Sorry about that,” he’d said wearily as he slumped down onto the couch next to John. “I couldn’t—”

“Nope.” John pressed a finger against Charlie’s lips. “I don’t need to hear that.”

Charlie had smiled, tired but real. The way the lines at the edges of his eyes crinkled made John want to kiss each and every one of them. “Everybody needs to hear an apology sometimes.”

“Only for things that are their fault,” John said. “Not for things they have no control over, or things that stem from their sense of compassion. Seriously, I’m not going to get mad at you for being there for a child. How often am I called in early to talk to case workers or parents or lawyers?”

Charlie’s smile faded. “Often. It’s wearing you the fuck out.”

“I’ll manage,” John said with a shrug. “But my point is, it would be unreasonable to be upset, especially since I’m doing the same thing. We’re really busy people. All we can do is our best to make time for each other and everything else in our lives all at once.” He leaned in and kissed Charlie on the lips, gently, not with the intent of taking it anywhere, just to feel him.

“I never thought I’d get to have this,” he confessed. “Not with you. Probably not with anyone, given all the weirdness in my life. And now I do, and I feel selfish wanting even more of you than I’ve got right now, but I promise I understand.”

Charlie hummed thoughtfully, and leaned in to kiss him again. “It’ll ease up,” he said. “Cross will realize she should just leave us alone, we’ll keep Roland safe, and we’ll find a way to help Ari.”

“It’s what’s going to happen.” Charlie’s confidence was heartening, and so was he way he wrapped his arm around John’s shoulders and pulled him in close, tucking his chin on top of John’s head. The height difference had bothered John in the beginning, but he was over that now, and to the point of enjoying it. Charlie’s shoulders were just the right height for leaning against. “We’ll work at it until it does. And we’ll do it together.”

“I’m not entirely sure whose life I fell into, but I like it.”

“It’s really your life.” Charlie sounded a little distant. “And really mine. Talk about never thinking you’d get something. I knew that what happened to me, losing my arm, wasn’t the end of my chance at a good life, but I never thought I’d end up with a life I wanted to bother sharing with someone else. But I do, with you. It feels…nice, but also a little unreal.”

John laughed, and Charlie joined in. “We’re a matched fucking set, then.”

John’s phone went off, and he groaned. “I swear, if I get called into another early meeting with lawyers because of some pre-court logistical bullshit, I’m going to kill someone,” he muttered as he reached for his phone.

Charlie grinned. “Then you’d really be in court all the time.”

“Yeah, but I’d…oh.” His voice drifted off when he saw who was calling. He looked at Charlie. “It’s Dr. Mullins. From the lab.”

“Oh.” Charlie’s eyes were wide, his face blank, like he didn’t know what emotion he should be expressing in the moment. “Better answer it, then.”

John took a deep breath, then answered on the fourth ring. “Hello, Katherine.”

“John! I’m so glad I caught you.” She sounded as bubbly as ever, like a glass of poisoned champagne. “I thought you might like to know that I think I’ve figured out that funny little knack issue you told me about.”

John gripped his phone hard enough the case creaked. He looked at Charlie and mouthed this is it. Then he cleared his throat.