Notes: Revelations! Some uncomfortable, some...no, they're all uncomfortable. Sorry, darlins. It'll get better, I promise! 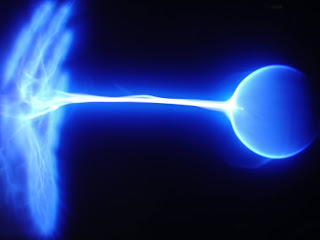 “There’s no need to sound so funereal about it,” Katherine chided John. “This has been a really fascinating research delve, I have to say. It took me a while to figure out who you were talking about, of course, but once I did—”

“That wasn’t part of the deal!” John burst out. “You’re not supposed to know anything else about the kid!” Next to him, Charlie shifted uncomfortably, anger in his face but worry in his body language.

“Well, you really didn’t give me very much to go on,” Katherine replied, talking to him like she would scold a puppy that had been naughty. “You out of everyone should understand that if you want to make real progress in the realm of scientific exploration, you need to get all the data you possibly can. That means utilizing a few less than savory connections to benefit the greater good, in this case. And the good could be very good, if you manage things properly!”

“Oh, are you going to introduce me to the sergeant you’ve been keeping in your back pocket for the past few weeks?” Katherine asked slyly. “Hello, Sergeant Verlaine! How nice to make your acquaintance. I’m Dr. Katherine Mullins, I’m a friend of John’s.”

“That’s not how he’d describe it,” Charlie said shortly.

“Oh, I’m sure he wouldn’t, but that’s just because he doesn’t fully understand the scope of the research that we’re doing here. The number of people we’ve helped with his help, it’s extraordinary. Particularly your people, Sergeant. Members of special operations.”

Charlie scowled. “Do you expect me to thank you?”

“Not at all! Just know where I’m coming from,” Katherine said, and John had to admire how absolutely consistent she could be in the face of disapproval. There was something in Dr. Mullins’ psychology that allowed her a total disconnect from the reality of her research, and the pain that she caused, with the strength of her justifications. If John were a different sort of person, he’d envy her ability, maybe even try to emulate it.

As it was, it just made him feel sick, and a little sad.

“Anyhow, on to my information! A little bit of digging and some very challenging cross-referencing was enough to convince me that the child has a Siren ability.”

“You already said it wasn’t Siren,” John objected. “And Siren’s not a knack that works on its caster, and it’s not supposed to have this kind of permanency either.”

“That was before I knew the nature of the man who rescued the child,” Katherine retorted. “I’m glad I’m on speaker, actually, because I need to clear some things up. Sergeant Verlaine, you’re a Shield. Am I correct in assuming you cast a Shield around the child as you were rescuing him?”

“While we were waiting for rescue, yes,” Charlie said, looking a little mystified.

“And did that Shield also encompass you, or did you have a Double going?”

A double? John had never heard of doubling a Shield before. Charlie, though, was nodding.

“It was a double,” he confirmed. “One around Ari, a larger one around the two of us. If something happened and I lost concentration or was somehow injured, I wanted to have something up that would protect him for a little longer.”

“An enduring Shield, then. Backed with blood, I suppose?”

Enduring Shield? Blood? Jesus, John didn’t know any of this.

“Ah. What we have here, then, is a case of a young Siren, a child without any previous indicator of ability and no sense of how to modulate himself, discovering his knack in a highly stressful situation. He was fixated on you, Sergeant Verlaine, likely because you were the only person he could clearly see through the Shield you’d cast. He couldn’t get out, and as the pressure of his knack built and built, it couldn’t get out either.

“My theory is that his very first Siren knack exploded from him, ready to bind you intensely, possibly even permanently—not on purpose, but by default due to his age and ability level. Instead, it hit your Shield and inverted, rebounding on him so strongly that it affected him in the way it would have affected you. He couldn’t fight against his own knack the first time around, not with this sort of intensification,” Katherine added a little more gently. “He didn’t have any resistance built up to applying it to himself. So he accidentally targeted himself, and the result was this intense devotion, which is only getting harder to bear as his knack becomes stronger.”

“How do we fix it?” Charlie demanded. “How to we help him break out of this cycle?”

“I’m note entirely sure you can.” Katherine didn’t sound happy about that—probably not for Ari’s sake though, more because she hated not knowing things. “The initial inversion was caused by intense emotional and physical trauma. In order to present a situation in which the knack could be redirected, the boy would have to be in a new traumatic situation, one which would have to involve you. Not physical—I’m not saying you would have to hurt him. But some sort of emotional or mental wounding would need to happen in order for the inversion to re-express itself and turn his Siren knack around the way it’s meant to face, so to speak.”

“It’s entirely likely there are other options out there, but this is the one with the highest rate of success that I’ve considered,” Katherine went on. “And even then, these sort of attempts were only successful about a third of the time in the cases I could find. There’s really not a lot of research on the subject, which is a shame. I wonder…”

“No,” John interjected. “Don’t even think about it.”

“Silly thing, you don’t know what I’m thinking,” Katherine said. “Let’s just shelve this conversation for now, shall we? Please extend an offer to the child’s mother from me, John. I’d love to be able to take a closer look at him, and you, Sergeant Verlaine. Perhaps I could be of more assistance that way.”

“Thanks but no thanks. Bye now.” John ended the call. He took a deep breath, then looked at Charlie, who was staring blankly at the phone. “Are you okay?”

“No.” Charlie ran his hand down his face. “Nope. Not really. I mean, I’ve basically just been told that I Shielded Ari into damaging himself, so…yeah, not okay.”

“I didn’t need the internal Shield to do that.” Charlie sounded angry at himself. “It was a bad situation, but not that bad. My outer Shield was holding fine, I could have…I should have…”

“Charlie.” John reached for him, but Charlie flinched away.

“I need to go…shower. Or…or something.” He left, and the empty space between them felt wider than the Grand Canyon to John.

He’d only brought this to Katherine to get help, and he sort of had. So why did he feel so awful about it now?

Oh yeah, because you’re going to have to traumatize a kid in order to maybe, maaaaaybe cure him.