Notes: Hey darlins! More Rivalries for you, yay! A boom we've all been waiting to drop has, well, dropped. What will come of it? We'll find out soon! 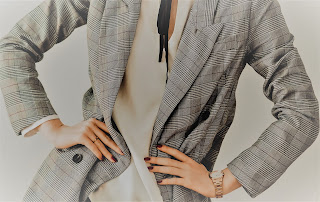 Charlie was almost to the gymnasium when Principal Cross came out from a side hall to block his path, standing her ground like a human-shaped icicle and wearing a small smirk on her face. “I was hoping to catch you before you went in,” she said in as close to a pleasant tone as she could probably manage.

Her smile deepened. “I thought you might like to know that Colonel Applegate has filed a formal request for a demonstration duel with you.”

And there it is.

That had happened faster than Charlie thought it would, and of course today was the perfect day to lay it on him, when he was already irritated to hell at her for what she’d helped that Patterson woman get away with this morning.

Principal Cross continued, “Knowing how strongly you feel about following proper channels for this sort of thing, I sent the request on to the superintendent, who agreed that it would be an excellent teachable moment for all the students at this school.”

AKA, I already went so far up the chain of command you can’t work around me. Check.

“So it will be held outside in the baseball field next week,” she finished. “That way everyone can watch.”

Wait…everyone? “You’re talking about turning the colonel and I out for your students like this is some kind of Roman circus?”

“Not at all,” she replied. “I’m trying to solve a problem that you made for me, Mr. Verlaine. A problem of equality. Euryale students want to see what you can do; this is the perfect opportunity for them to do just that. Colonel Applegate has been very agreeable about the whole thing; he’s a charming man, and seems very interested in…testing your skills.”

I’ll bet he does. Charlie frowned. Principal Cross was clearly expecting him to take a pounding, thereby demonstrating to her students—and possibly to their agitated parents—that there was nothing for them to be envious of. And Charlie knew guys like Applegate; he wouldn’t be so cocky if he didn’t have the skills to back it up, unlike some of his students. It was entirely possible that Charlie would get his ass handed to him.

Technically though, the principal couldn’t make him do this due to his medical status. If he wanted to, he could turn this situation on its head by bringing up the fact that he was, in fact, not prepared for a standard duel due to his continued rehabilitation. He could remind her that if she tried to force or intimidate him into doing it, he could sue her for not complying with the ADA. Fuck getting a doctor’s note—he might be able to get the damn general staff on his side for this kind of disrespect, and the idea was compelling. But…

She’ll go after John. Charlie knew she would, knew it like he could see right into that vindictive, viperish head of hers. She was already inclined to make trouble for John thanks to his involvement with Roland, and Charlie didn’t want to give her any more reason to speed things up.

“So?” Principal Cross prodded him after the silence began to stretch. “Can I inform the Colonel that you’ll be accepting the duel for next week, or should I let him know that you’re simply not equal to the task?”

Charlie wasn’t about to let her see him as anything less than perfectly confident. He smiled, sharp and toothy. “Sounds like fun. You’d better rustle up a few more Shields to protect the stands, though.”

She raised one eyebrow. “Oh? You have doubts about your control?”

Charlie laughed. “Wow, you don’t know much about formal duels like this.”

Principal Cross’s smile faded completely away. “I don’t know what you’re referring to, but I assure you I’ve seen plenty of demonstration duels.”

“Not between physical knacks, I assume.” I know. “It’s a legal requirement to have Shields, or some other mechanism, in place to protect observers. And they need to be certified, so I hope you’ve got extra money in the budget to pay them. The best ones require you to cover all travel expenses in addition to their hourly rate.”

Now she actually looked a little worried. “There must be some around here who would volunteer their services…retired military personnel, or—”

“That’s your problem,” Charlie interrupted. “But without them in place, I’m not dueling. Speaking of which, I’m running late for my club now, so…” He moved to walk around her and she didn’t stop him, although the daggers in her eyes were almost sharp enough to cut.

Fuck his life, but he would take his entertainment where he could get it.

John was at dueling club, but he was in the stands talking fervently to a downcast Roland, and Charlie didn’t think now was the right time to interfere. Besides, he really did have a bunch of kids waiting on him, as well as Debra, who’d already separated them into groups.

Club went well—no one was injured, a few kids pulled some neat tricks off with their knacks, and Charlie was successfully able to put the incident with Principal Cross out of his mind for two solid hours before they called it quits. Once the kids had filed out, though—well, except for Roland—there was no point in putting off letting them know.

Charlie helped Debra put their equipment away, but asked her to wait as she moved toward the door. Roland’s foster mom had just picked him up, so it was only him and Debra and John in the cavernous room now.

“Is this about Roland?” John asked the second they were all in talking distance of one another. “Because I swear to god, I’m two seconds away from calling his caseworker and getting another meeting with the judge. If that woman thinks she can—”

“It’s not. I mean, we should talk about that,” Charlie added, “but no. This is about the fact that I’ve been roped into doing a demonstration duel with the other club’s teacher next week. Outside. For all the students to watch. Maybe their parents too.”

Debra and John both looked stunned. John got his breath back first.