Notes: More Rivalries for you! Meet Katherine, she's a card. 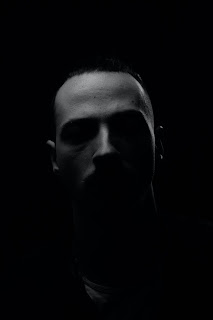 It was not a good day for John. It was an even worse day for the man on the operating table in front of him, barely held together with clips, ties, stitches, and tubes. His head was lightly covered, to provide more of a sense of anonymity, but it was a surface-level comfort only.

John grimaced. He was going to know way more than he wanted to about this man in a minute.

“No time to waste!” Katherine chirped, then took a long sip of the hot caramel macchiato John had brought her. “Mmm, so good,” she said with a beatific expression on her heart-shaped face. “Thank you, you’re the best. Now!” She set the drink down and pulled on a pair of nitrile gloves. “We’re going to need a full-on Flay for this one, I’m thinking.”

“Well, he’s in this state because he was running from the cops, except when I say running I mean in a helicopter, and when I say cops I mean the DEA.” She sighed. “He’s implicated in a lot of illicit behavior, but the worst of it is human trafficking. The DEA agent who requested our assistance is working on a pretty tight timetable when it comes to locating a group of girls, and—”

“Oh my god.” Shit, this person was a modern-day slaver. John became simultaneously more determined to use the uncomfortable knack that was coming his way, and more reluctant to experience anything that was inside this guy’s head.

“Right, lord, such a messy business.” Katherine shook her head. “Now, as I was saying. Flay ought to bring out the details in layers, from newest to oldest. You shouldn’t have to go deeper than thirty-six hours to get the location the DEA is interested in. Anything else you pick up is, well…”

“Inadmissible in court.” Flay was one of the most invasive knacks out there, a mental ability that went beyond looking inside someone’s head, even beyond controlling them. Flay literally took a person’s memories apart, hour by hour, deconstructing and consuming them. Once they were gone, they were completely gone. Flayers were some of the most feared knacks in black ops, which was basically the only place the talent was ever used.

“But finding the girls will be a real feather in the cap of the DEA agent in charge of this operation, and it’s always nice to have people in high places owe you a favor,” Katherine went on, completely oblivious to being a fucking creep, as usual. “So. Thirty six hours, approximately one hour per minute. I’ll time you and bring you out of it if you don’t wake yourself up by then. Sound good? Here.” She pulled over a thousand-dollar ergonomic chair, just the thing for preventing back pain while you ripped someone’s mind apart.

John sat, and did his best to clear his mind. He hated using Flay; it felt like taking his own memories apart and replacing them with someone else’s, but that feeling didn’t last. He told himself that again and again as he brought the dark knack to the fore. It didn’t last. He was going to be all right.

John took the man’s hand, closed his eyes, and…

“—out of here! They’re coming in guns fucking blazing, man, we have to—”

--long drive back from the warehouse, but he likes to settle them in personally. It’s only a layover, they’ll be gone by Monday morning, but he enjoys watching them cry, seeing the—

Slap! She’s so young, and she takes his strike so well. Her cheek is already swelling, and the sound she makes as she tries to turn her face away is—

John forcibly pushed the knack out of his mind, throwing himself away from the table so hard he almost tipped the ergonomic chair over. “Jesus Christ,” he breathed, then coughed. His throat was so dry…

“Here you go!” A cup appeared in front of him, held out with a French-manicured hand. John drained the water, then handed it back to Katherine, who set it next to her coffee cup on the nearby desk. She looked at him expectantly. “So, that was a little faster than I thought it would be. Did you get anything useful?”

“A warehouse,” John croaked. “On…” Where was it again? “Eighty-Seventh and Pine, some sort of manufacturing district? I’m not sure what city…”

“That’s already very useful. What else?”

“Call about it now,” John snapped. “Right now, seriously. They’re going to be moved this morning, so if the DEA guy wants to find these girls before it’s too late, he’s got to get going.”

“All right, all right.” Katherine pulled a phone out of her lab coat pocket, and John took the time she spent talking to breathe and remember who he really was. Not a drug-running, human-trafficking rapist who enjoyed too many sick perversions to put names to. No, he was a counselor. A normal guy.

A normal guy with more knacks than most people know exist, so how normal does that really make you?

“Good timing!” Katherine trilled as she ended the call. “It might not be too late! The agent was very grateful.” She glanced at the man on the table. “Now we can dispense with all of the life-saving efforts, I suppose.”

Part of John thought he should argue against that. That any life was precious, even when it belonged to a man like this. Most of him, though, wanted to grab the chair he was sitting in and smash it over this guy’s head until one of them broke, the chair or the head. Maybe that was this fucker’s influence talking, but John wasn’t willing to bet on it.

“So!” Katherine took John’s arm and led him into another, more familiar testing room as white-garbed orderlies began to tend to the…body. “What was the knack you wanted to ask me about?”

“Oh…right.” John took a deep breath. “Right, it’s something like a Devotion knack, only instead of making people devoted to you, you become devoted to one person in particular.”

“Hmm.” Katherine tapped her index finger against the face of her fancy watch. “Interesting. That seems counterintuitive, unless there’s a similar knack effecting the person one becomes devoted too.”

“That didn’t happen in this case.”

“And are you sure that the person with this knack actually has a knack that’s causing this, and not some other source of trauma?”

“As sure as I can be,” John said honestly. “He’s been tested by…I mean, numerous specialists have done tests. It’s a knack.”

From what Charlie had told him… “Very.”

“Good, good. And a family history of knacks, perhaps?”

She sighed. “Pity. One case study does not a body of knowledge make. Hmm…” She clasped her hands together. “I’ve got some thoughts. Let me do a little research and get back to you, all right? Within, say, a week’s time?”

“That would work. Thank you,” John added, because he didn’t really like Katherine but he didn’t hate her either, and she was helping him out. If he could get answers for Ari, then Charlie would have one less weight pressing down on him all the time, and he needed as much help in that department as he could get right now.

“No no, thank you! I do so enjoy watching Flay at work.” She flexed her fingers. “It’s the twitching, I think. Never the same twitch twice, you know?”

Aaand I’m out of here.