Notes: I've been watching a lot of Pokemon with my kiddo lately, and it shows in this chapter. It was all I could do to keep from typing "Pikachu! Iron tail!" 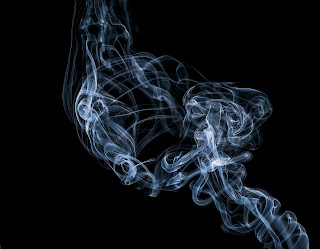 Johnny had never been a dueler.

That wasn’t to say he hadn’t been forced into the occasional duel during high school, or even that he hadn’t sought a few of them—well, one of them—out. He knew how it was done, of course he did, but in high school his knack had been mostly nonexistent, and by the time he was in college he was in a good enough mental place that when someone else with a knack tried to push him around, he just told them to go fuck themselves. It often got him punched, but he didn’t have to duel.

When his knack truly manifested, when it came in like a roar of thunder rolling through his brain and set his body alight with energy, Johnny’s biggest issue became keeping his knacks straight. It sucked, it absolutely sucked to be reheating a mug of coffee with a warming knack, get distracted by the AC unit, and end up freezing your coffee solid. It sucked way worse to be swatting a fly out of the air with your electrical knack, suddenly see a squirrel, and end up zapping the poor thing so much it couldn’t even walk for half an hour.

Johnny lived in fear of misusing his knack, of setting the wrong thing off on the wrong person. It was part of the reason he didn’t really mind working with the research scientists, for all that they made him feel like a damn guinea pig. He didn’t want the people he worked with, his friends and students, to get hurt. He especially didn’t want to hurt a lover, but…well, he’d already royally fucked up in that department and Charlie seemed to want him anyway. Looked like he’d gotten lucky.

That was another thing Johnny tried not to think about too much—how everything he was enjoying right now, the island of calm in his daily sea of chaos, revolved almost completely around Charlie Verlaine. He’d never have seen it coming back in high school, not in a million years. And now to be adults, and to come to each other with old baggage and fresh trauma and not just try to start over, but succeed?

It felt too good to be true. Especially on days like today, when Johnny got to sit in the bleachers with Roland doing paperwork while he watched Charlie play his students off each other like human-shaped Pokemon.

“If he can see you, he can tag you—that’s what the Sensate ability is all about,” Charlie called out to Lia, an ornamental knack who was having a tough time against Devon’s mental knack. “You either have to distract him or blind him.”

“I don’t want to blind him!” Lia almost wailed. She was a strong illusionist, but she had a lot of issues with using her knack aggressively. The best illusionists could project what they wanted right into the visual cortex of the brain, bypassing the eyes entirely, but Lia was gun shy about using her knack anywhere in the vicinity of another person’s face.

“You can’t lay an illusion directly into his head with the helmet on,” Charlie assured her. “Put it right in front of his eyes instead. We’re practicing in a safe space, Lia. If Devon wants you to stop, he’ll say that. Right, Devon?”

Devon shrugged, which for him was as close to a resounding “Yes!” as anyone ever got.

Lia bit her lip and focused her eyes on her opponent. Almost without thinking about it, Johnny switched over to his Observation knack. Observation was a rare mental ability that let the user see other people’s knacks in action. Their physical appearances manifested differently for everyone—some Observers described what they saw as glowing auras, others as waves.

What Johnny saw was like smoke, seeping around wherever the knack was focused most. On Devon, that was in his hands and his eyes—he was primarily a touch Sensate, and if he could see something, he could project his knack onto it and feel every detail of it. It was, in some ways, a very awkward knack for a young man to have, but Devon had learned good boundaries from his mother, another Sensate.

Lia’s knack roiled around her head like she’d just taken a puff of a cigarette—or a vape, damn these whippersnappers and their newfangled ways of fucking up their lungs—and then it seemed to shoot out in a thin line from her throat, darting through the air and coming to a stop just in front of Devon’s face. The smoke got thicker, heavier, and a second later Devon stumbled.

“Whoa!” he said, casting his arms out to the side like he was trying to keep his balance. “Wow!”

Lia’s smoke suddenly vanished. “Did you see that?” she asked with excitement.

“That’s an illusionist’s primary weapon against a sensate,” Charlie said from the sidelines. “The sensate knack has a lot going for it, but if you can get them to buy into the illusion you’re building, then whatever you’re showing them will feel completely real to their knack. Your illusion made Devon’s knack supply him with the feeling of being on the water.” Charlie smiled. “Now imagine if you were fighting for real. What could you have done?”

“I could have…I could…oh, I don’t even want to think about it!” Lia said, clasping her hands over her mouth, but Johnny could tell she was actually interested.

“Oh man.” Devon’s mouth dropped. “That’s…what would I even do if that happened?”

“You have to train yourself not to react with your knack first,” Charlie said seriously. “Against an illusionist, the more you use your knack and the deeper you tie yourself to the illusion, the more it affects you. I saw a man drown in a desert once because he was trapped in an illusion he couldn’t free his mind from.” He paused for a moment, then shook his head. “You can train yourself to be careful. It’s kind of like lucid dreaming, actually—you do a series of tests to see whether or not you’re seeing something real, or something an illusionist wants you to see. Have you ever watched the movie Inception?”

Jesus. I saw that in high school. Was Johnny considered old now? Ugh.

“You remember the part with the totems? That’s a good way to ground yourself when an illusion is overwhelming you. Hold the totem, use your knack on it, and if you concentrate hard enough you can free yourself from the illusionist’s power.”

“Lanugage!” Debra called from where she was overseeing a match between a physical and an elemental knack.

“Sorry, Ms. Jones!” Devon called out, then looked back at Lia. “Can we try this again next time? Once I’ve got a totem?”

Lia beamed. “You really want to? It didn’t bother you?”

“No, are you kidding? It was awesome.” Devon grinned at her. “Do you like rollercoasters? Can you make me feel like I’m on a rollercoaster?”

“Knock it off, she’s not your personal tour guide,” Charlie said, but then he smiled too. “Although you can make a hell of a lot of money with your knack that way, Lia.”

“Look out!” One of the elemental’s ice bolts flew off-course when the iron knack they were up against blocked it badly, sending it straight toward Charlie’s back. Johnny saw both the ice and the power that had made it, trailing it like a comet, a comet flying right at his…his…

He surged to his feet, ready to Shield, but before he could switch knacks—

Charlie dropped to his knee and pounded his hand into the ground. A shield surged up and around him—wait, no, not just around him, it covered that whole side of the gymnasium! Johnny had never seen a shield that big before, shimmering like a curving wall of smoke through his Observer knack. The ice bolt shattered harmlessly, and a second later the shield dissipated.

Johnny didn’t start breathing again until Charlie was back on his feet, shaking out his hand but smiling comfortingly for the kids. “I’m fine, yeah, everybody else good?” Debra came over to check in, and he took the opportunity to go over to the elemental kid and make sure they were okay. The teenager was shaking and on the verge of tears, but a few minutes with Charlie calmed them down.

“No harm done,” he said at last, and the kid nodded. “Good. Now, it’s break time! Get some water, then we get new partners for the second half!” The kids scrambled to obey, and Johnny wondered for a moment if the army comprehended everything it had lost when it let Charlie Verlaine go.