Notes: We're back to the blog story, woohoo! Have some surprising interpersonal revelations, courtesy of the emotionally constipated Charlie Verlaine ;) 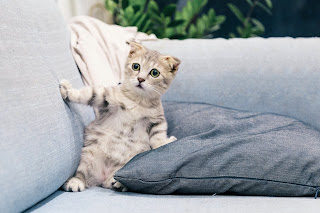 At this point, a confrontation was inevitable. And Charlie fucking hated it.

God, the whole thing reeked of schoolboy, Jets vs Sharks, bureaucratic bullshit. It felt like a meme come to life, or one of those Reddit threads where the story was all about some fucker telling them how to do their job wrong. Charlie didn’t want to be part of a meme, for fuck’s sake. He just wanted to teach something useful!

“Are you sure you don’t want to be part of a meme?” Johnny asked when Charlie made this complaint to him as they got ready for school. It felt…strangely normal, getting ready for school with Johnny. Better than that, because before getting ready they’d been in bed together, and while they were in bed together they’d… He forced himself to focus on what Johnny was saying.

“—ause there are some super cute ones out there we could fit you into right now. The dog—you know the dog face one? Or the Spongebob one? Or the one with the guy walking with the girl but the guy is looking at the other girl—”

“These are all ancient memes, you’re dating yourself,” Charlie told him.

“What about the one with the kitten and the toaster?” Johnny asked as they filled his travel mugs.

“The kitten and the toaster! You know, where the kitten is watching the toaster and then it pops and the kitten goes—here, I’ll show you,” he said, pulling something up on his phone. Charlie looked over his shoulder and—

“Oh my god, you dork,” he groaned as a familiar song began to play. “Rickrolling? Seriously?”

“Hey, you’re the one who didn’t know there’s no such thing as a kitten and toaster meme, blame yourself.” Johnny looked smug, and also too cute to resist. Even as Charlie leaned in to kiss him, he wondered when he’d become the kind of guy who had to kiss his boyfriend whenever he did something cute.

What? Wait, no, what? Charlie’s body reacted to his intense moment of startlement by coughing, which was especially gross when you were in the middle of kissing someone. He hunched over the table, leaning on his hand and coughing into the opposite shoulder, waving away Johnny’s concern. “I’m fine,” he managed after a second, groping for his coffee and taking a huge drink. It was too hot, but at least the liquid did the trick of burning away the cough. “Jesus Christ,” he croaked afterward.

“Oh yeah, you’re totally fine,” Johnny said, part sarcastic and part concerned. It should have been such an irritating combination; Charlie hated it when people were concerned about him, he’d had enough concern to last him a fucking lifetime. So why did he want to lean into the emotion when Johnny was the deliveryman?

Because you love him, idiot. Because he’s your BOYFRIEND! You’ve been healed up for weeks, you don’t need a ride to school anymore or help getting ready except you’re too lazy to get a car and you CAN be lazy because you’ve got a fucking BOYFRIEND who drives you everywhere and loves spending time with you and sleeps over at your shitty apartment because, oh yeah, he’s your BOYFRIEND!

Johnny sat down at the table next to him, pushing coffee and phones and everything else farther back. “Talk to me,” he insisted. “What’s going on? What’s wrong?”

“Are we…dating?” Johnny raised one eyebrow, and Charlie cursed him a little inside for being able to do that even as he continued his now-quieter freakout. “What brought this up?”

“Are we?” Charlie persisted. “Is that what you’d call this? Are we boyfriends?”

Johnny blushed. “I mean…do you want to be?”

“So you don’t know what the hell we’re doing either?” Great, neither of them was in the driver’s seat.

“I mean, I think we’re having a good time together,” Johnny said, keeping his voice slow and calm even as his face glowed pink. “I think we share a lot of, y’know, interests and we enjoy each other’s company a lot, and we have a little bit of a history together and really, after putting each other in the hospital ten years apart I feel like the only way this story can end is either in a fatal showdown or a big romantic gesture. Or something.” He winced. “Does that make any sense?”

“No.” Charlie felt like he was on the verge of hyperventilating. “How are hospitals romantic? They’re not!”

“No, it was…I was kind of making a joke, and I can tell it didn’t hit, and—” Johnny’s phone began to beep, and he silenced it with a frown. “We’ve got to get to work. We can talk it out on the way, okay?”

Johnny looked wounded. “Is the prospect of being my boyfriend such a terrible thing?”

“No.” No it wasn’t, and he had to get that out there because the last thing he wanted was to make Johnny feel bad because of his anxiety. “No, it—it might be fantastic? I don’t really know though, I’ve never had a boyfriend before. So.”

“Oh. Oh!” Johnny nodded, his eyes getting that distant look they sometimes did when he was contemplating something.

You know his weird looks, you’re so dating this man.

“That’s—that’s totally fine,” Johnny finally said. “I’ve had boyfriends before, but every relationship is different, so you don’t need to worry about not…well…” He quirked his lips. “What exactly are you worried about?”

“I don’t know! Fucking it up? Doing everything wrong?” It wasn’t that Charlie had never gotten interest before, he’d just never gotten to the boyfriend level with anyone because he was a) uncommunicative, b) distant, c) never home, d) overly devoted to his work, on and on all the way up to z.

“You haven’t fucked anything up so far,” Johnny pointed out.

“I mean, don’t undersell me, it hasn’t been that long,” Charlie retorted. His boyfriend sighed.

“We’ve really, really got to get going to school to be on time, but we’re talking about this tonight. Okay?”

Ah, great. Something to…look forward to.