Notes: Conversations about emotions! Well, kind of. Whatever, it's still two steps forward to one step back. 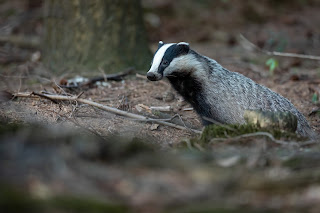 “I’m really sorry about this.”

“It’s not a problem.” It was the third time Johnny had apologized in the past half hour, and as novel as it had been to hear the first few times around, Charlie still felt like it wasn’t necessary. It was getting kind of painful, actually. “You did what you had to to keep other people safe.”

“I wish I’d found a way to do it that didn’t involve smashing your car.” Charlie didn’t have to open his eyes to know that Johnny was staring at him. Wait for it, wait for it… “Is everything, um…I mean, I get that things must have changed for you when you lost part of your arm, but why…”

Yep, there it was. Charlie smiled caustically but still didn’t look over. “Why didn’t I cast a shield?”

He heard Johnny shift in the driver’s seat. “I was actually going to ask why you were having a panic attack and trying to drive at the same time in the first place.”

Huh. That was actually a pretty good question. If only Charlie felt like he knew the answer. “I don’t have panic attacks all that often.” Usually when he woke up from a nightmare, way less often when he was awake and had time to gather his control of himself. “I didn’t realize that the party tonight was going to be so big. I haven’t spent a lot of time in crowds, and…” And this one had all the charm of a basketful of badgers. “And it got to me. I didn’t know how bad I was going to get when I left, I thought I’d calm down pretty quickly, but then I couldn’t stop hyperventilating.”

It wasn’t the first time he’d had a panic attack that bad, but it was the first time he’d been in the position of operating heavy machinery at the same time. Really, he was lucky Johnny had smashed him. If he’d hurt anyone else by freaking out on the road…well. It didn’t bear thinking about.

“Yeah, me too.” The car took a left. The sound of traffic was slowly diminishing—they were off the freeway, then. Charlie felt better not looking at the passing headlights on the highway, possibly the product of the minor concussion that was really nothing at all, but if they were off the freeway, then he’d be home soon. Good. He needed a shower, and bed, and…to just not think, for a while.

Charlie felt his lips turn up without his say-so as a thought that didn’t hurt occurred to him. “Did it feel weird?”

“Did what feel weird?”

“Being on the other side. Watching me in the hospital bed.”

“It actually felt awful, thanks.”

Aw, shit. That wasn’t how Charlie had meant for Johnny to take it. “I’m not trying to make you uncomfortable, I swear. I just…of all the ways for us to meet again, after a decade on opposite ends of the world, that it was like this is kind of…funny. Poetic, almost.”

“I don’t see anything poetic about hurting you so badly you got stitches.”

Charlie made a derisive noise. “Fewer than ten stitches, that doesn’t even count as hurt.”

“Just because you’ve weathered worse doesn’t make what happens to you now insignificant. I mean, obviously a hit to the head and some stitches is no…is no…”

“I think the word you’re looking for is ‘field amputation,’” Charlie supplied, taking a perverse pleasure in Johnny’s discomfort. The poor guy was just trying to be nice, Charlie knew that, and he shouldn’t be taking advantage of that, but it was so easy to rile him. You need to not piss off the guy who’s giving you a ride home, you jackass.

“I’m not going to make light of something I’m responsible for just because you don’t mind being hurt,” Johnny said after a moment of silence.

Charlie wondered if that was how he’d taken his own hospitalization, back in the day. If he’d thought Charlie had been a royal asshole for only visiting once, for hardly saying he was sorry, for letting his pride get in the way of kindness. There was no going back in time, though, no going back to that seventeen-year-old boy and saying, “I’m sorry I hurt you. I truly didn’t mean to. I reacted badly, I pushed too hard, and I’ll never do it again.” All he could do at this point was go forward, and he wanted to do it in the right way. If that meant reining in his sarcasm and black humor for a while, he could manage that.

Or you could be a real boy and have a genuine conversation about your time in the military and how it makes you feel for once in your damn life.

Nope. Better to stick to the first option. “I understand you feel bad about it. Just, don’t feel too bad, okay?” Charlie finally cracked his eyelids open, and didn’t even wince under the light of the street lamps. Definitely doing better, and his apartment was only a couple turns away. “It really could have been a lot worse, and I’m happy that no one else got hurt. Especially you. How, um…” He didn’t ask about your knack. The polite thing to do is not ask about his. “Never mind.”

Johnny just nodded. Apparently not talking about it was the right choice. Great. Perfect. They were both emotionally constipated, no wonder the ride home had been filled with such scintillating conversation. Which was to say, none at all until a few minutes ago.

“Here is it,” Charlie said, and Johnny nodded and pulled in in front of his building. “Thanks.” He wasn’t looking forward to the trip to the third floor, especially with the elevator not working for the past three days, but he’d manage somehow. He undid his seatbelt, opened the door, and gingerly eased out of the car with a grimace. Everything had stiffened up now. A hot, hot shower, then bed, that was what he needed. Then—

“Let me take you to school tomorrow.”

Charlie blinked down at Johnny. “What?”

“Let me drive you in to school tomorrow. Or until your car is fixed. It’s the least I can do.” For all that he seemed genuine, Johnny wasn’t quite meeting his eyes. Charlie sighed.

“Seriously, I don’t need you to perform some act of penance over this, okay? I’ll find a way to get to school, it’s—”

“You’ll what?” Johnny asked sharply, and ooh, now he was looking straight at Charlie, and it stung. “Ride a bus there? You’d have to get up at five in the morning and you wouldn’t get home until seven at night. Get a rideshare? Sure, but that’ll cost a ton over the long haul. Get a new car, or get yours fixed? That’ll still take a while. Let me give you a lift until you figure it out.” You asshole, he seemed to add without saying. Against his better judgment, Charlie grinned.

“Okay. You win. You can be my chauffeur for a while.”

“Great,” Johnny said with equal sarcasm. “See you at six-thirty.”

He drove away before Charlie could complain about how damn early that was. Well, shit. Did I just figure out the world’s most terrible way to make a friend?