Notes: Aaand we're back! More Rivalries, now with a bit of a blow--no, not that kind ;) 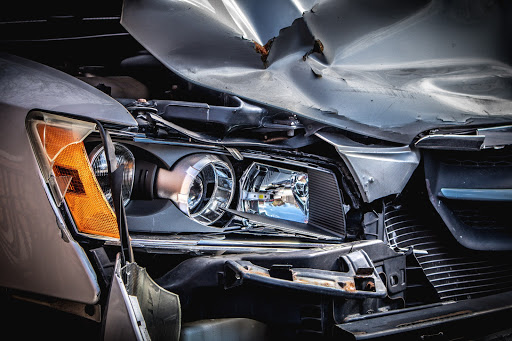 Johnny blinked, making sure his eyes weren’t deceiving him. Nope, the corner was still empty. But how could that be? Debra and Charlie had just been talking over there, hadn’t they? The principals hadn’t taken up that much time.

He glanced around to see if he could spot either of them, but nope—nothing. Where had they gone?

Do you really want to talk to him that badly? It took a little bit of soul-searching to realize that, yeah, he did want to talk to Charlie that badly, if only to get it out of his system. Johnny was the sort of person who needed to face things, who could never satisfy his curiosity with just “guessing” at how something would go. He had to know things, know them in his mind and heart and body, before he could process them. It was one of the things that made him a dedicated, sometimes dogged counselor, and also had made him absolute hell for his parents when he was growing up.

That was what Charlie was for him, now. A curiosity that had to be fulfilled. Johnny knew he’d be able to handle working with him if only he could get the willies he felt out of his system early. Where could the guy be?

It felt kind of dirty to do what he did next, but on the other hand it was a part of his knack, and he was expected to practice with it outside of the testing center. He closed his eyes for a moment, took a slow, cleansing breath, and activated what he liked to call a Sorting ability, and the scientists at the center like to called Telepathic Categorization. It had been one of the first specialties he’d become comfortable with, and using it now was fairly easy even in such a crowd.

Show me the room. It shouldn’t have been necessary for him to use mental commands to make things happen with this knack, the scientists had been quick to tell him, but occasionally Johnny just had to tell them, politely, to shut it. His knack was unique, therefore his way of using it was unique.

Inside his head, a hazy blueprint of the room appeared in front of what seemed like his eyes. The furnishings were indistinct, but every person here was represented there, even the ones Johnny couldn’t see.

Show me the people with knacks. This was where telepathic categorization became truly dangerous—if the knack user could think up a classification for its targets to fall into, the knack would do its best to follow their command. That could mean finding out all sorts of things, from people’s knack status to their political orientation to their gender identity. It wasn’t a precise science, but it could lead to dangerous violations of privacy. This was where Johnny had to be very, very careful about the data he allowed himself to access, if he meant to maintain his ethics.

Show me the people who Shield. People who were really good at this knack could get to this information in a single step, but Johnny had to work his way up to it. He waited for something to come to him. There was…nothing. He pushed harder, scanning the knacks more closely—no shields. Not in the room, then? Had he already left?

Throwing caution to the winds, Johnny threw his net wider, encompassing not just the gymnasium but the whole school, and the parking lot. There—a fading silver-grey blip, getting fainter and fainter. Charlie Verlaine was leaving the party.

He can’t! Not yet! It might have been smarter to let this go until a later time, but Johnny wasn’t interested in later. The part of him that demanded satisfaction of each and every curiosity was sitting at attention, ready to scratch and claw if it didn’t get its way. Johnny opened his eyes, dropped his drink cup in the nearest recycling bin, and hustled for the door. He might be able to catch Charlie if he ran.

Johnny got to the parking lot in under a minute, using his eyes instead of the borrowed knack to search for Charlie now—there was a limit to how long he could maintain all of these things, and no matter how much he trained it never seemed to last more than a minute. Where, where…none of the cars had headlights on. Maybe he’d already left? Had Johnny missed him?

Wait, no—that car in the back was moving, pulling out into the bright overhead lights of the lot and heading for the exit. But it was weaving, like the driver was drunk. And its headlights hadn’t come on. Shit, Johnny couldn’t let someone drive in that state. Charlie might be able to protect himself in an accident with his knack, but what if he ran into another car?

Johnny ran for the parking lot exit. He was a lot closer to it than Charlie, and even though he wasn’t driving he still beat the other man there. He raised his arms high over his head. “Hey! Stop!” But the car didn’t stop, it just kept coming. “Stop!” The car was getting awfully close. Johnny was full-on illuminated by a pair of street lamps—why didn’t Charlie stop?

Or maybe he wanted to hit him?

Before Johnny could tell himself he was being irrational, before he could convince himself he had it wrong and that the best thing to do was to just get out of the way, his instincts took over. He lashed out hard with a shield, ramming it straight into the bumper of the oncoming car.

The car came to a crashing halt, smoke or steam rising from the engine—Johnny wasn’t sure which, and right now he didn’t care, because as bad as the adrenaline dump was, his brain had started working again, and he realized that he hadn’t seen another shield go off. That meant that whoever was driving the car hadn’t cast one, which—Charlie would have cast his, of course he would have, it was his knack. So it had to be someone else in this car.

But no—the driver’s side door opened and Charlie Verlaine half stepped, half staggered out, barely staying on his feet. There was blood pouring down the side of his face, and he reached up with his hand and wiped it away even as he sat down hard on the pavement, breathing like he’d just run a marathon.

He must be drunk, if he couldn’t even cast his knack. All the more reason to stop him, but as Johnny got down in front of Charlie, he realized that he couldn’t smell the faintest hint of alcohol on the other man’s breath. He wasn’t drunk.

He was having a panic attack.