Notes: I'm kind of impressed I managed to get this done, given all the stuff that's been happening lately. We're about to set off on our adventure--enjoy! 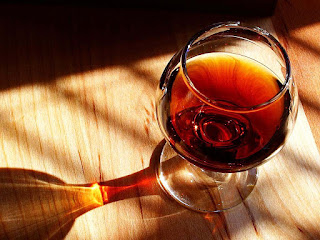 Dr. Benedict Grable, master of thaumaturgy and feared head of the thaumaturgical department of the university, whose reputation preceded him across three continents, was sitting in the tall-backed chair behind his massive desk when Anton was ushered into his office. With his hands clasped over the front of his black robes and his elbows propped low on the arm rests, he might have looked somewhat relaxed to a casual observer. To Anton, who had never known the man to approach a state of relaxation over his entire two years here, it merited a double-take.

Dr. Grable, for all his contemporary honors and achievements in thaumaturgical theory and teaching, was most well known for his rare abilities as a practical thaumaturge—not just practical, but battle-tested. He fought for the Empire in the last major conflict, the terrible mess with Russia—fought so hard and so well that after five years of fighting, he achieved the rank of colonel and could have gone higher if he hadn’t declined for a teaching position. His transition had been seen, Anton understood, as a demotion by many of his peers, but Anton thought he knew it for what it really was—an escape.

Dr. Grable had gone on to live as normal a life as a man who had killed hundreds, if not thousands of people with his spellwork could. He married, raised three children, and worked his way up the ladder at the university, which now had a reputation as one of the finest thaumaturgical institutes on the continent. It had been a safe place, a place of pure learning and research…until Gerald Montgomery’s possession of two of his fellow students, at least. What Gerald did to them was arguable worse than what he’d done to Anton. Anton might have died, but at least he hadn’t been forced to murder other people first.

And it had all gone on under Dr. Grable’s nose.

Montgomery’s actions weren’t Dr. Grable’s fault, any more than they were Anton’s for having the palimpsest Montgomery wanted with him in the first place. It was something of a cold comfort, though. Anton stopped in front of his teacher’s desk and inclined his head.

“Sit.” Dr. Grable pointed at the chair next to Anton, who pulled it out and sat down. The cushion was still warm from its previous occupant.

“Good.” The doctor pulled a bottle of what looked like a thick, syrupy port out of his desk, along with two small blue cups. He poured them each a dram, then pushed Anton’s across the desk. “Now drink.” He grimaced. “Trust me, you’ll need it.”

Anton took a ginger sip, then relaxed a bit as the sweet fire of it hit his tongue. It was a port, but spicier than what he was used to, with a hint of a cinnamon aftertaste. It was exquisite, and probably very expensive.

“My wife died two years ago,” Dr. Grable said out of nowhere. He wasn’t looking at Anton now; he stared sideways out the tall, stained-glass window instead. “A few months before you arrived here. It was a sudden thing, a case of cerebral apoplexy. She died very fast, and the physician told me it was probably relatively painless. It was the way many people would choose to go. Hell, I would choose to go that way. But Leona?” He shook his head. “I have no doubt she blistered Saint Peter with the sharp side of her tongue when she got to the pearly gates, because he had denied her one last chance to fight. If it meant getting to say goodbye to me, to the boys, to our grandchildren…she would have withstood any pain, to get that opportunity. That would be a fight worth having, to her.”

He gestured toward the door. “Those men the emperor sent here? They don’t think like my Leona.” His sneer rearranged the craggy lines of his face, drawing his lips back from his long white teeth. “They want any fight that will let them test their might. Or, in this case, our might.”

“Our might?” Anton asked, somewhat redundantly but surely he could be excused, having learned more personal information from his mentor in the last few seconds than he had over the entire course of their previous relationship.

“Thaumaturgical might, that is. The power of magic.” He waved a hand through the air like he was waving a wand. “The last great war was a proving ground for thaumaturgy, a chance to show that it could be an effective weapon in combat. I regret being a part of that,” he said, surprising Anton, “but it’s done, and would have been done with or without my participation. Nowadays, the question isn’t if, so much as how. How much and how many and how often, it all goes on and on. They have plans, those gentlemen. And they want to drag me into them, damn their hides.”

“Well,” Anton offered after a tense moment of silence, “it makes sense for them to want you involved. You said it yourself, sir. You were an integral, and successful, part of the last conflict.”

Dr. Grable shook his head. “They don’t want me to spell their rifle barrels or cannons, Seiber. They want me for my other talent.”

“Your…” It took a moment for Anton to remember it. Dr. Grable was famed not only for his spell construction, but also for his ability to— “They want you to look at the spells that are already being used?” That didn’t make any sense.

“To, as they put it, ‘detect and interpret the thaumaturgical signatures under development and certify that they do as their caster intends.’” Dr. Grable took another drink. “They don’t trust the mages under their command. They want to make sure someone is holding their feet to the fire, which likely means that at least one practitioner’s tried a double-cross already. They mean for me to be their judge and jury. At least they won’t need me for the role of executioner,” he added dryly. “I’ve no doubt there are plenty of competent neck-cutters where we’re going.”

“We, sir?” It wasn’t wholly unexpected, but Anton had also been hoping that Dr. Grable would broach the subject a little differently. Perhaps by starting with a “Congratulations on graduating, you’re going to do great things, and if you like, you can start with this.”

In retrospect, it seemed like a foolish hope given what Anton knew of the man.

“Oh, yes. One man might keep a secret but two never can—the emperor’s people are hedging their bets in case I turn out to be a backstabber or am otherwise disappointing.” Dr. Grable’s expression softened minutely. “It helps that your skillset is perfectly suited to the task. You can make the dead walk again, Seiber, after a fashion. You find truths that other people like to keep hidden, and you’re a survivor. Damn good at that last part,” he added. “And I’m going to need an assistant who can watch both of our backs where we’re going.

“You’ll be paid,” he went on, straightening up a bit. “Double your current teaching stipend, plus expenses for travel and meals and the like. You’ll get a hell of a recommendation out of it at the end, if all goes well. Not the type of thing that will make you friends in Oxford, perhaps, but why would you return to that stuffy, theory-drunk puddle anyhow? I told the representative committee that continuing my work here was nonnegotiable, and so it would only be a three-month term including travel, but a lot can happen in that amount of time.

“What do you say, Seiber?” Dr. Grable arched one thick gray brow. “Care to run off to Paris with me?”

Lord, when he put it that way… Anton down the rest of his port in one long, intoxicating draught. He set the glass down, gasping only a little, and said, “Ready when you are, sir.”
Posted by Cari Z at 11:55 AM