Sometimes you just have to... 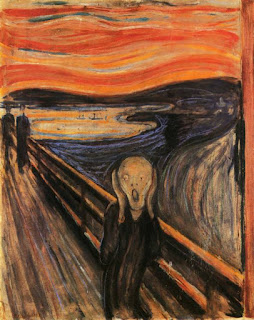 Lately it feels like the MM romance world can't go a freaking week without more publishing bullshit. The culprit for a while now has been Dreamspinner Press, with whom I've published numerous stories, from shorts for anthologies to novellas to full-on novels.

Dreamspinner has done, and continues to do, some very shady stuff with their accounting. I'm uncomfortable and unhappy with them on both a personal and professional level at the moment, but I'm also not really comfortable yanking all my content from them.

Why? First and foremost, because back when they were less shitty about paying people, I got an advance for a new novel set to be published in November. I don't know what happens to that money if I pull my book, but my sense is that I'm going to have to pay it back to get my rights back. I'm in grad school, I'm caring for a toddler, and I don't have a lot of disposable cash. That money has been spent.

I'm worried that new book is going to be dead on arrival now. I'm worried that no one will want to buy it through Dreamspinner because they're being shady about paying authors what they owe, so it won't make any money. Most of my back list with them isn't making a lot of money anyway, but my new releases used to do pretty well. But after all this? *sigh* There's three solid months of writing down the drain.

I'm going to write them and see about retrieving most of my other stuff, but re-releasing those stories means a lot of time and effort in formatting and re-covering and promoting that I can't necessarily muster right now. I'm juggling as much as I can all at once, but some things are of a necessity going to get dropped for a while. There are a lot of wonderful people in the community doing all they can to help though, which is awesome.

So, that's where things stand for me right now. Friendly Fire, originally released through Riptide, will be back up soon. You see how far behind I am?

Thanks for your understanding and your love. I appreciate every single person who's taken a chance on my work, and I'm going to get it out there for you again.