Notes: Time for some action! Not a long chapter, but an interesting one, I think :) 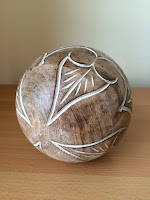 Anton headed back toward the university by way of the river, which truthfully wasn’t a detour so much as pure diversion. He felt like the ground beneath his feet had shifted in a slight yet nevertheless dramatic way, and he couldn’t quite get his balance now. Every rock he’d established in his life, every person and relationship upon whom his foundation of wellbeing was supported, was wavering. His mother was ill, Caroline was working as a spy, and he hadn’t seen Camille in months. He had no serious job prospects yet, and if something didn’t come along fast, he was going to be out of a place to live. Dr. Grable had been surprisingly generous ever since the battle on school grounds with Montgomery, but there was a limit to everyone’s charity, and Anton had no interest in testing Dr. Grable’s.

Even if he got a position as a teaching assistant, he would have to live off campus and give up his laboratory to a new graduate student, and he’d just gotten everything organized to his satisfaction, and his latest experiment was showing so much promise, it seemed a shame to have to take it all down. And if he moved, how would Camille find him again?

Then again, Camille seemed to manage just about everything he tried his hand at with remarkable dexterity, especially considering his disadvantage.

Anton ambled along, not paying much attention to where exactly he was going as he churned everything over in his head. Why bother fretting about his path; it wasn’t as though it was easy to get lost this close to the university. Its tallest tower, the one that held his own lab, was visible for almost a mile in any direction. As long as he could still see it, he didn’t care precisely where he was.

That turned out to be an oversight of some significance, because as he wandered distractedly into the less savory portions of the red-light district and the sun began to set, the tenor of the cat-calls lobbed his way turned from good-natured exhortations to fuck to a darker, more menacing variety of interview.

“Should know better than to wander in these streets this time of night.”

“You’ve a decent pair of shoes there, boy. I want them.”

It wasn’t until a heavy hand descended on his shoulder and spun him around that Anton realized his translation device, a thaumaturgical wonder of his father’s invention consisting of an earring and a mouthpiece, had been translating threats. Bugger me, he thought resignedly.

The man holding onto his shoulder was taller than Anton by half a head, wearing a long leather coat over a grimy maroon vest and brown shirt. He had a grey-speckled beard, and a hunting knife in his free hand. The light from the torches in front of the nearest brothel made the curved edge gleam.

Anton, very atypically for him, didn’t immediately begin to well with worry and fear. It seemed that he had hit his limit for what he could take in one day with Caroline, and staring now into the face of a man who was clearly ready to do him harm, he felt mostly irritation at letting himself ramble into a place so deliberately unsafe.

Such a thought would have felt liberating if he wasn’t secretly concerned about his sanity.

“I would be happy to give you my shoes, sir,” Anton said levelly, holding his hands still at his sides. “Just give me a moment to get them off without waving that knife in my face, please.”

Well, then. That was it. He’d have to give his newest device a try. Anton was actually a bit excited—in a place such as this, he was bound to activate a residual miasma. “I’ve plenty of money on me, sir,” he said, now reaching slowly for his inner jacket pocket. “You can afford to buy someone to sport with, not waste your time on me.”

His attacker grimaced and shook Anton roughly. “I’m getting mighty tired of you telling me how to—" Before he could finish, Anton pulled a little wooden globe from his pocket. He twisted it, to break the bond in the center and begin the chemical heating reaction that would set the whole thing on fire, then threw it to the ground just to the right of them. Alchemical symbols etched in silver along the wood flared momentarily, before the whole thing expanded and then crumbled into ash in a vague circular pattern. The scent of burnt herbs and hot metal wafted into the air, along with an undertone of something darker. Not just hot metal—iron. Blood.

For a moment, nothing happened, and Anton bunched his shoulders and prepared to fight, because he’d be damned if he was going along with this without a battle. But then…

It started as nearly indistinguishable from the smoke, seeping up from the cobblestones themselves, the face of a beautiful, wailing woman. As she rose and resolved, Anton could make out the rope around her neck. She wasn’t hanging, though. Someone had bound her, and was pulling her roughly along.

His attacker was startled into letting go, and Anton instantly drew back out of range of the spirit’s miasma. The last time he’d stayed within one of these, it had left him sobbing for half an hour.

“That’s Gaily Gertrude,” one of the men nearby exclaimed. “That’s—ah, no—” The ghost was suddenly ripped off her feet onto the ground, right through Anton’s attacker’s legs. She tugged desperately on the rope, trying to stop the pulling, or perhaps pull herself to her feet, but a moment later her head exploded in a mess of blood and brain matter as something rolled right over it.

“Her man shoulda dropped the rope, not left her lying in the street like that,” someone said.

“He never shoulda been allowed to rope her up in the first place! It’s the madame’s fault, she—”

All conversation came to an abrupt halt as Anton’s attacker suddenly dropped his knife, raised his hands to his head, and began to scream. His voice was pitched high, almost as high as a woman’s, and even as the miasma had dissolved he kept screaming and screaming. If the man hadn’t just threatened to rape him, Anton almost might have felt guilty.