The Tank: Chapter Two, Part One

Notes: Unexpected news, and the beginning of a whole new pile of trouble for Anton. Because he attracts it so readily, the poor darlin. 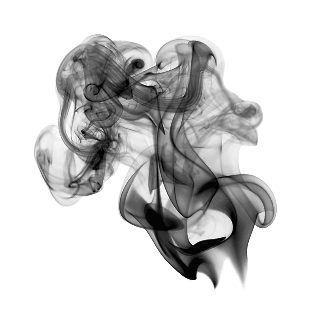 They stopped at one of Anton’s favorite little restaurants, in the bottom level of a nearby inn. It wasn’t that the food was more spectacular here, or even particularly cheaper than other places, but he had some very fond memories of the rooms above, and it was close to the university.

“Why didn’t you let me know you were coming?” Anton asked once they were seated in a quiet corner, a pot of tea steeping between them on the table. “I would have done more to be ready for you.”

“I did send a letter,” Caroline said tartly. “Several, in fact. I don’t know if you’ve kept up to date with the doings back at home, but we’ve lost several ferries traveling back and forth to the continent to revolutionary activity, and numerous merchantmen as well. The navy has increased its patrols of the Channel, but the pace of communications has been slowed dramatically. I daresay you’ll get my letters in a few weeks.”

“Revolutionaries? Are you referring to the Dévoué?” Anton was startled when Caroline nodded. “I had no idea they’d made such an impact on Britain.”

Caroline slowly poured some milk into her cup, her expression thoughtful. “They might not be out in force among the populace, but they are an ever-present fear. I think the powers that be are quite pleased to have a scapegoat on which they can heap their blame now, actually,” she said with a sigh. “Everything from the high price of cheese to the monitoring and censorship of some of London’s most noteworthy newspapers is thanks to the Dévoué. It’s getting more restrictive by the day back home, and I for one am getting sick of it. Part of the reason the Order sent me here, actually, is to form an assessment of the empire’s thaumaturgical response to the increased challenges of aiding a population whose own ruler doesn’t trust it. Britain’s thaumaturgical society is carefully considering what it wants its own position to be as we batten down our hatches and try to ride out the storm here.”

Anton was startled. “The Order sent you in an official capacity?”

“What, do you think I can’t be official simply because I’m a woman?” she asked tartly.

“No, not at all, just…I had no idea you had risen so highly in their ranks.”

“Mmm. I’ve avoided writing about it, because you never know who will read such things, but yes, I’ve managed some very interesting bits of thaumaturgy over the past several years.” Caroline dimpled a smile at him. “I’ll tell you more about it later, perhaps. For now, my mind is full of the problem at hand: what Britain’s response should be to the coming continental unrest.”

“While the idea is appealing, this might not be the sort of conflict that one simply sits through,” Anton said. “The queen might not have any love of Napoleon, but she must love the revolutionaries even less.”

“And you?” Caroline asked, sipping her tea genteelly. “How do you feel about revolutionaries?”

“I dislike their penchant for indiscriminate violence,” Anton replied. “I dislike that they’re willing to use great thaumaturgical inventions and advancements as a means of killing those who get in their way.”

“You must be particularly sensitive to that, after what happened here at the school.”

Oh, if only she knew the heart of it. Anton had told Caroline that he’d been targeted by Montgomery in a case of mistaken identity, but he hadn’t told her that he was, in fact, the former owner of the palimpsest that Montgomery had been after in the first place. “It was an unfortunate time,” he managed after a moment.

“Unfortunate indeed. I feel that the continent hasn’t been as kind to you as you deserve.” She paused, rubbing absently at the corner of her napkin before clearing her throat. “I wasn’t entirely honest with you earlier, Anton. I gave you the impression that I wasn’t going to offer you a job.”

She held up her hand. “One moment. This place looks secure enough, but I cannot take any risks.” She reached into the little purse at her side and pulled out a piece of thick gray chalk. She moved the teapot out of the way and drew a circle in the middle of the wooden table, marking out a triangle filled with three more circles within it. If the slow way she moved it was any indication, the chalk was abnormally heavy.

After a moment she put it away, then pulled out a box of matches. She lit one, waited for the flame to settle, then touched it to the symbol. It burst into flame and blew out just as fast, filling the air with particles of acrid smoke. “A new little spell of mine,” she explained. “The smoke will swallow the soundwaves beyond a few feet until the particles are too heavy with our words to stay aloft.”

Caroline smiled. “Thank you. The effect won’t last forever, though, so let me come to the point. I can’t offer you a job that directly associates you with Britain’s Order of Thaumaturgy. It’s beyond the scope of the responsibilities they’ve allotted me. But—” She held up a finger. “If you were to acquire a position on the continent that offered you access to the inner workings of the Empire’s dealings with the Dévoué, and if you were then to pass some of that information along to me—in a very quiet way—the Order would pay you for the privilege. It would go a long way toward reassuring them of the scope of your loyalties as well.”

Anton couldn’t quite believe what he was hearing. “Caroline, are you asking me to become a spy for you?”

“Not for me,” she said quickly. “With me. I would never ask you to do something that I was unwilling to do myself, Anton, you know that.”

“And you’re willing to work as a spy? If you’re discovered, it’s a hanging offense, you know that!” Despite her spell, Anton kept his voice down. The surge of fear in his veins felt very close to anger. “Britain and the French Empire are not enemies, but they are not precisely allies either! You here as an invited observer is one thing, but you know damn well it won’t include access to their most powerful projects.”

“Which is where you come in! I don’t want to steal spells from the empire, Anton. We have our own very brilliant thaumaturges for spellwork. My mandate is simply to assess whether or not they’re going to be doing enough to keep their house in order, or whether Britain should be preparing more rigorously for potential conflict.”

“You just said you were getting sick of the restrictions put in place back home!” Anton pointed out. The cloud between them fell into ash faster and faster. “Preparations for war could only increase them!”

“There is no reason to assume war is forthcoming!”

“You’re an idiot if you believe that.”

Caroline drew back, her earnest expression gone stony. “I am no idiot. I and those like me are perhaps all that is standing between our country and war, and I’ll do everything in my power to prevent that escalation. Everything, Anton. Do you understand me?”

“Including committing acts that could get you killed by the state,” he said bitterly. “No, I’m afraid your logic truly escapes me this time.”

“Rich words from a man who commits acts that could get him executed every time he meets with his lover.”

Anton froze. Everything from his breath to his blood seemed to go completely still for a moment, grappling with hearing something so awful from someone he cared for so much. Caroline, who seemed to see that she’d gone too far, abandoned her coldness. “Anton, I’m sorry.” She reached out and put one of her hands on his. “I did not mean to use your love as a bludgeon against you, that was wrong of me. I simply…this is important, do you see that? For all of Britain, for its future and its children’s futures. If Napoleon falls, we must know why. We must understand what we can do better to keep such travails from affecting us as well. Do you see?”

Caroline huffed. “Say something else, something more than just that. Tell me that you forgive me.”

“And tell me you will at least think on my offer. Please?”

Anton sighed. “I will think on it, but don’t hold your breath.”

Caroline hesitated, then let go of him and brushed the symbol on the table away with her palm. The rest of the smoke evaporated. “I suppose that will have to do.” She glanced at the menu. “What do you recommend for dinner?”

It was a heavy-handed way of resetting, but Anton allowed it. They dined together, keeping their topics light, and he never let a word of Camille cross his lips. After a while, Caroline stopped asking after him.

“I have a meeting with your Dr. Grable tomorrow,” Caroline said as they strolled together toward her hotel. It was cool out now, the sun already set over the mountains that surrounded Zürich, and she walked close enough that their shoulders  brushed. “Do you have any advice for me?”

Anton thought about it. Regardless of how he felt about Caroline’s mission, he didn’t want to actively obstruct her. “He is a straightforward man who sees more than most. Do not try to dissemble with him. Be as honest as you can.”

“Always good advice, I think.” They stopped outside her hotel, one of the nicer ones in town, and she leaned in and kissed his cheek. “I’d love to see you again tomorrow as well. Just as friends, Anton. No complications.”

“I’ll send a message to you if I have time.”

Her smile was a bit sad. “I understand. Have a good evening, then.” She greeted the doorman as she entered the hotel, and a moment later he lost sight of her.

It was the first time Anton could ever remember being relieved to watch her go.
Posted by Cari Z at 2:40 PM