Notes: What time is it? Sexytimes! Don't read if you don't like explicit action. Otherwise, enjoy! 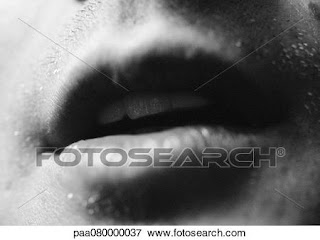 It was a different inn than the one Anton had been to with Camille before—closer, thank God. They walked there together, mouths silent but bodies speaking volumes. Their shoulders practically touched, hands bumping from time to time as they stepped in sync. Anton had to work not to shiver, and couldn’t help biting his lip as they finally reached Camille’s inn. They entered through a side door, and climbed up a small, dark set of stairs that probably primarily the purview of servants. Camille’s room was the first on the right as they exited, and he withdrew the key from his pocket and unlocked the door in tight, quick movements.

The moment Anton was through inside, it was as though his skin was on fire. He felt like he might burn down to a cinder any second, but then Camille was there, and the fast, fiery heat coursing through him found an outlet in lips and hands. Anton knew he had to be quiet, he knew it, but it was so hard when all he wanted to do was shout his lover’s name to the heavens with every beat of his heart. It shouldn’t have been possible to feel so good from nothing but a kiss to his lips, Camille’s hands bared and trembling against his throat as he undid Anton’s four-in-hand and threw his tie aside.

Anton knocked off Camille’s hat as he dug his fingers into his hair, moaning softly into their kiss. He knew more skin bared was desirable—for all they had done together, gone through together, they had yet to be naked together. As they were now, though, Anton felt wonderfully desperate. Every inch of skin he was able to touch made his nerves thrill with pleasure, and as Camille pressed close enough for Anton to feel his member straining against the fabric of his trousers, the sensation was almost enough by itself to make Anton come. How could he get so much from so little? How would he ever survive having more?

Camille seemed in a similarly disheveled mental state, thank heavens. “Academics and their bloody buttons,” he muttered as be broke the kiss, glaring down at the waistcoat that was giving his nimble fingers pause. “I would rip them clean off if I did not know you would be the one to sew them all back on.”

Anton grinned. “You’re so thoughtful, love,” he said affectionately, then froze. Oh damn. He hadn’t meant for that to slip out. Hell, he wasn’t sure what he meant by it himself, even though he was the one saying it—was it love love, or simply “love” as a convenient epithet, like “dear” or “darling?” Perhaps he could pass it off as an English eccentricity, or a—

“Anton.” Camille sank to his knees in front of him, his breaths harsh. He ripped open the fastening to Anton’s trousers, jerked them and the pants beneath them down to his knees, and—

“G-nngh!” Anton bit the knuckles of his right hand to muffle his cry, his left hand still twined in Camille’s hair as the other man engulfed the head of his cock in his shockingly hot mouth. “You—oh—you—” He couldn’t speak, his body barely knew to keep him breathing if the stars shooting across his vision were anything to go by. He had only been touched this way once before, and back then he had been drunk, he and the other boy both. There had been choking, spitting—it had ended with them slinking off in separate directions, never to speak of it, or indeed to each other, ever again.

This was nothing like that. Camille was fervent, mobile, and vocal, his low hums and heat and the wetness of his tongue working together to create a perilous symphony in Anton’s body. Camille leaned into the act with every part of himself, from the tight grip he kept on Anton’s hips, stroking his pelvic ridges with broad thumbs, to the half-lidded look of pure enticement he threw from time to time, as though he wanted to check and make sure that Anton was enjoying this. As though he could do anything else—as though there was any way he didn’t want Camille to touch him.

Anton had done nothing to earn this, he was sure of it, but Camille wanted to do this for him anyway. He wanted Anton, wanted his pleasure and worried over his pain and fell to his knees like a supplicant in a church, and ­god—

He couldn’t stop it, any more than he could call back a spell once it was successfully cast. His body was the spell now, all his symbols lit with power, and there was only one way for that power to express itself.  He came hard, lungs folding like bellows, back curling because how could he possibly stand up straight when lightning itself was shooting down his spine?

Anton breathed only when his body forced it, drawing out the pleasure, and when he finally opened his eyes again he was looking at Camille, who looked straight back, mouth slack, his own eyes dark and wanting. Anton stretched out a hand to him and in an instant, Camille was back on his feet, leaning into Anton’s body and taking his hand, sliding it beneath fabric and down until he—touched him, he was touching the hardness of his need, stroking him as best he could within the restrictions of the position, and it couldn’t have been good but it had to be because Camille came fast, so fast, and the secondhand satisfaction Anton got from it was almost enough to make him fall over, his knees went so weak.

Eventually their heads cleared enough to get them to the bed, to get them out of their top layers of costume and into each other’s arms. Anton’s heartbeat finally began to slow, but from his position against Camille’s chest, he could feel that something was still making his lover tense. “What is it?” he asked quietly. “What aren’t you saying?”

Camille sighed. “It is almost a certainty that your Professor Grable is going to be invited to Paris, to spend the summer term working to shore up the Emperor’s mechanisms of war. It is likewise nearly a certainty that you will be invited to join him there. He’ll need an assistant, you’re available, the pay is more than adequate, and he likes you.”

Anton lifted his head in shock. “Is that why you’re here? To ask Grable to go work for Napoleon?”

“No.” Camille shook his head, seeming irritated. “I was in fact expressly barred from being part of the committee the emperor sent. It’s…a personal matter, unrelated to the task. However, I was owed a great deal of time after a particularly long case earlier this year, so I decided to come of my own accord. I wanted to see you, before you were swept along with the tide. Anton.” He looked directly into my eyes. “If you want to avoid the specter of war on the continent, now is the time to leave. Refuse Grable’s offer, go back to London, find another way to get by. There must be work for someone as talented as you there.”

“My own efforts to find it have been fruitless,” Anton replied. “And…” Should he tell Camille about Caroline? Something held his tongue. Things might not all come together the way Camille predicted, after all. There was no need to out her as a spy to a man who, while Anton cared immensely for him, was also one of the emperor’s most powerful secret agents. “And I have the feeling that if war is coming, Britain won’t escape it either. I would rather stay somewhere I can be close to you.”

That got him a reluctant smile. “I can’t pretend not to be pleased by the prospect of your presence. But Anton, just…if you do go to Paris, don’t show anyone else that new spell of yours. I fear what ideas it may foster.”

“I won’t,” Anton promised. Why would he even need to? He was no battle thaumaturge; his craft was nothing compared to a practitioner of Grable’s reputation. “I swear.”
Posted by Cari Z at 11:43 AM