So...last night was Halloween. Here in America that generally means kids and candy, although since I have no kids and live in a place where we don't get trick or treaters, it meant going to a posh Halloween party instead. I wanted to look my best, so I went with the ever-classy Zipperface look. 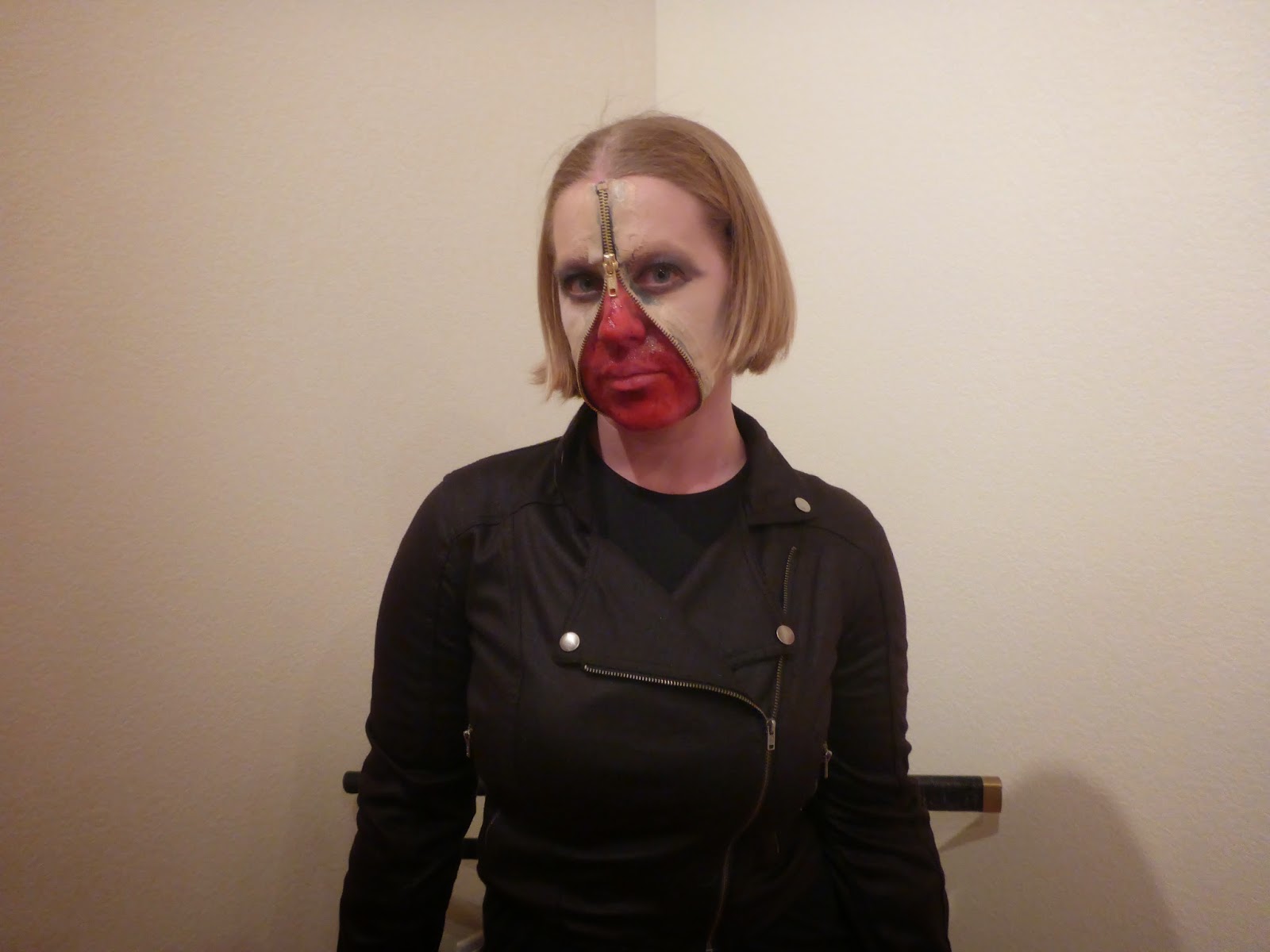 That's three hours and four layers of liquid latex right there. The party was kind of "meh" but my costume was killer, so at least I got a chance to show it off.

Today my neighbors are celebrating the one-year anniversary of their brewery opening. If we go, we get free beer (incredible free beer, their porter is the best thing), free barbecue and probably a hangover tomorrow, but hey--they're my neighbors. This is in the interest of solidarity.

Today NaNoWriMo starts. That's National Novel Writing Month for the uninitiated, and I'm shooting for 50k words on a cyberpunk crime thriller sci-fi. Yeah...it's fucked up, but it could be really good. I've got plenty of other stuff to work on this month as well, and next weekend is my sister's bachelorette party in Chicago, and there's the holidays later this month...the season has barely begun and I'm already done with partying. I'd rather hole up in my room and write Soothsayer, Academy and new stuff until the end of the year, but that's not gonna happen. Gotta shake it off and keep going.

Is anyone else doing NaNoWriMo this month? Are you looking for a writing buddy? Let me know, I need all the external pressure I can get to keep on target.
Posted by Cari Z at 11:07 AM