Rivalries: Chapter One, Part One

Notes: NEW STORY, NEW STORY, NEW STORY! My magical academy story Rivalries starts today! Get you some conflicted teachers, enemies to lovers (eventually), slow burn romance, and more powers than you can shake a stick at. It's going to be fun :)
Title: Rivalries: Chapter One, Part One
***

Rivalries: Chapter One, Part One 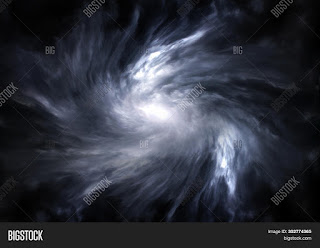 He’s staring across the testing field at a young man—a boy—half a head shorter than him, dark haired and wide eyed, but with a flinty set to his jaw. There’s a trickle of blood running down the boy’s chin, and Charlie feels bad but he also feels powerful, like his knack is running through his whole body and he could cast a shield in any direction. He feels like the shield he should be, strong, like he knew his mother was.

Everyone is watching, and Charlie knows this is his chance to choose. Which way will he go? Does he tone it down, rein it in? Does he stop pushing, when he knows there’s nothing to push against?

Charlie’s knack rumbles through him like a roll of thunder, tethering him to the ground as he stretches both arms out in front of him. The shield emerges like a storm-gray soap bubble, thinning at the edges but so, so strong in the middle. It’s never been so strong before, so powerful. He gasps as it leaves him, and gathers his breath. By the time he screams “No!” though, the shield has already hit the boy. He flies backward, and—

“Cast quickly enough and you can climb a wall with those tethers,” his drill instructor is saying, glaring at the group of shields like they’ve personally inconvenienced him. “The power holds you down to whatever you’re standing on, as long as it’s solid. You cast this on water, you’re going to be in for a hell of a shock when you go flying backward. Cast the shields down and behind you so that you learn how to fight against gravity’s pull. Yes,” he adds when some of the other shields’ jaws drop, “you’ve got to learn to cast a shield behind you, unless you want to walk up a wall backward.”

He grins. “Get ready to learn how to be Spiderman, shields. And don’t worry. We’ve got our healing cadets on hand to give their own abilities a workout fixing any bumps, bruises, or breaks.”

“Breaks?” one of the other men whispers anxiously. The drill instructor hears him.

“Yes, breaks! What the hell did you expect, we’d have you learning this in a padded room with a levitator on hand to keep you from falling on your heads? This is the army, cadet, and you’re not getting paid to be coddled!” The drill instructor moves close to the brick wall behind him. “Now, watch me do it, then you try.” And he’s off without another word, tiny red shields impacting the dirt like drops of blood as he slowly, casually walks up the wall.

Charlie is laden with heavy equipment, but he hardly feels it through his focus. He sees his target—in the center of the compound, tied and made to swim in the middle of a pool of water. These fuckers are smart, they know Delta Force was the most likely to come after this guy, and they know their specialty is shielding. If they had someone with a water elemental knack in their troop, like the SEALS, it would be a different story.

Still, they’ve got their orders, and he can do his part. Infiltrate the building. Retrieve the target. Return him unharmed to the embassy. “Got me covered?” he asks his sniper.

“All clear,” she says, not bothering with a scope—her knack is farsight, she’s a natural killer with a gun. “You’re good to go.”

He doesn’t waste more time talking, just heads for the nearest wall and, quickly and quietly, walks up it in a crouch. The color of his shields are a boon for night work—dark grey is a lot more covert than red or blue, which are far more common. He’s up on top of the wall and over it in an instant, checks in both directions for watchers, then levers himself over and runs along the side of the compound’s outer wall, shields a murmuring wave against the ground.

He almost loses his balance when a fighter turns around and sees him, raising their rifle and spewing bullets in his direction, but he manages to free one hand for a quick shield blast before putting both back to use holding himself up. The ground between him and the pool is covered with mines—only the fighters in their cordoned-off zone and the pool itself are free of them. “Full coverage,” he requests, and his sniper starts firing a moment later. She’s picking people off—they don’t want to spook them into killing the target, so a large-scale assault is out of the question until he’s got the target secure.

Bullets are flying. He’s grazed by one, but he barely notices the pain. He musters all his power for the thirty-foot jump he’ll have to make to the middle of the compound, then blasts the wall behind him with a shield. It sends him soaring through the air, exhilarating but also dangerous—he can’t shield right now, not when he isn’t tethered. Please let me hit the water, please let me hit the water…

He plunges into the water less than a foot from the target, who is swimming very weakly now. He takes a deep breath, lets himself sink to the bottom next to the wall, and blows the side of the pool out. The water drains away, and he catches the target before he hits the ground.

Charlie pulls him in close and tethers tightly, then uses his newest trick—a stationary shield that covers both of them in a half-circle, like a localized storm cloud. They’re being shot at, he can hear the bullets, but he can’t see them—his knack is rumbling through him like a freight train, and it’s all he can do to hold onto it while his team, seeing the target is secure, launches the assault they’ve been waiting for.

The little boy in his arms looks up at him, then tucks his face against Charlie’s neck. They—

—fire on all sides, and he can’t use his knack because there’s nothing beneath him, the floor has melted away and all he can do is fall, and he hears a scream and he thinks it might be him but it doesn’t matter now, because he has to shield to save himself but he can’t, he can’t, he can’t—

Beep-beep-beep-beep-beep-beep-beep… Charlie finally reached over and slammed his hand down on his alarm clock, silencing it. His head ached like someone had driven an ice pick through it, and his eyes were gritty in the corners. When he reached up to wipe it away, he felt the tear tracks on his face. “Great,” he muttered. “Just great.” This was a fantastic start to his first day at his new job.

He got out of bed, scratching his hand through his hair as he headed for the bathroom. He didn’t bother to look at himself in the mirror—he knew what he’d see, and he hadn’t liked it for almost a year now. A year of moldering away in Intensive Care and psych wards. A year of rebuilding and rehab, and who did they even build? Somebody, I guess. But the somebody he was now felt nothing like the man he used to be.

Charlie got into the shower, careful to keep the temperature low—hot water still burned pretty brightly against some of his wounds. He washed up, paying extra attention to his hair. Shit, it was so long now. He hadn’t had hair longer than half an inch for nearly a decade. He’d have to get it cut soon, but for now…

He got out of the shower, toweled off, brushed his teeth and shaved, trying to make peace with how long it all took. He got dressed—fucking buttons, seriously—and made a cup of coffee, pouring it down his throat in his haste to get out the door so he could make it to the academy on time. He checked his phone—forty-five minutes. He could do this.

He couldn’t keep himself from taking one little glance at himself in the bathroom mirror, though. This was the first time in a long time he’d bothered to try and make himself presentable, except for the interview and training, and those had both taken place entirely online, so he’d been able to wear a nice shirt and sweatpants.

His dark blond hair was neatly styled, his Academy tie was tied—thanks, YouTube, for showing him how to get a pre-knotted tie over his head and snugged up—his jacket was on, his pants were pressed. He looked…good, if you discounted the dark circles under his eyes.

Oh, yeah, and the lack of a right hand and forearm.

The urge to bust the mirror out with a quick shield was almost overwhelming, but Charlie resisted trying. He didn’t have time to clean up glass. Besides, it had been too long since he’d cast a shield—he didn’t know what would come out of him now, and he wasn’t about to find out.