The Tank: Chapter Ten, Part One

Notes: Let's meet a few of our brilliant in-house scientists and thaumaturges! And Caroline can't resist showing off, unfortunately. 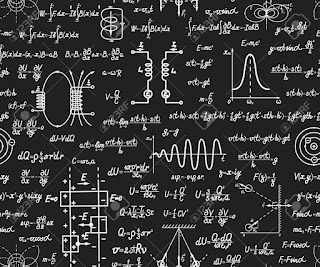 If Anton had been expecting a scene from some sort of ancient Hephaestionesque-forge in the Engineering wing, full of fire and smoke and grit, he’d have been truly disappointed. This had to be the tidiest shop of its type he’d ever seen, and also the largest. From the second floor, which he and Dr. Grable had reached thanks to the assistance of an actual elevator—quite a luxury—it stretched on for a length comparable to the entire main lecturing hall at the university. Not just one of the large chambers for lectures—all of them. The breadth of it was stunning, and the level of organization that had to go into keeping it all running equally breathtaking. There were enormous structures partially-elevated in places, with men and, indeed, a few women running around beneath them doing things with tools so esoteric that Anton could hardly imagine their use. He’d rarely felt more out of place.

Engineering and Thaumaturgy were close cousins to many practitioners. They both had a basis in mathematical formulas and equations, but where Thaumaturgy climbed into the spiritual and ethereal, Engineering dug in its roots and planted itself deep within the earthen realm of practicality. For Anton, that was a mental bridge he had little facility at making—he was a thaumaturge through and through, better with alchemical symbolism than imaginary numbers. Someone like Caroline, whom he noted looked particularly avaricious, could see a long ways in both directions.

“Our Chief Engineer is Giovanni Da Vinci. Yes,” Lord Jourdain added with a hint of pride in his voice, “of those Da Vincis. It took some convincing to pry him away from his sinecure with the papacy, but to be the lord and master of the engine of the French Empire did the trick.”

“Absolutely fascinating,” Caroline exclaimed. “Is that the beginnings of another airship over there, like the one which picked us up?”

“It is, with a few modifications to the frame. The next generation of tanks are being constructed in the yard outside—there isn’t space for the number the emperor requested be built in here.”

“A step above what you might remember from the front, but not so different overall,” Lord Jourdain demurred. “Single shot cannon still have their uses, but if a man can carry a double-barreled gun, why shouldn’t a machine make better use of its own solidity?”

“Why indeed? Anything spelled yet?”

“Ah, no. Signore Da Vinci is very particular about finishing his work before passing it on to our thaumaturges. They consult each other on projects, obviously, but for the most part he is left to do his work without consideration of magical enhancement.” Lord Jourdain set off along the walkway at a steady pace, pointing out a few things of interest but leaving far more unmentioned. It wasn’t surprising—he couldn’t be keen to give too much away, after all—but Anton wished for Caroline’s sake that the man was more forthcoming. The less she felt compelled to sneak about in search of information, the better it would go for her.

Unlike me, who has to sneak about regardless.

They spent an hour or so in Engineering, which was about forty-five minutes longer than Anton had real patience for, before finally heading over to the Thaumaturgy wing. As soon as they stepped in the door, Anton felt more at ease—the quiet hum of magic filled the air, gentle pressure along his skin like a breeze that had learned to stand still. The central hall they walked into was empty save for one man writing on a chalkboard that took up the entire length of one wall. It looked like a series of equations that had to do with…propulsion? Was that the symbol for quicksilver?

“That is Lord Atwood, one of our greatest masters of theoretical thaumaturgical symbology,” Lord Jourdain said, leading them forward. “My lord, good morning.” When the older man didn’t so much as look up, Lord Jourdain repeated “Good morning!” in an elevated tone of voice.

“Ah!” Lord Atwood turned around to look at them. “Visitors, how lovely.” He spoke excellent English, without even a hint of accent. “Are you here for the colloquium on ether? One of my students is presenting it—should be quite nice. It’s not happening for a few hours yet, though.”

Caroline raised her hand in a demure wave. Anton knew that wave. For her, it was the equivalent of jumping up and down. “I’d love to listen to it,” she said. “I’ve read all your early papers on the subject, it’s absolutely fascinating.”

“Yes, all the early ones!” she shouted.

“Ah! The British ones, you mean! Ha! Come a long way since those, we have. You’re British, then?” He turned slightly astonished eyes at Lord Jourdain. “I thought the whole point of me being here was to get my work away from the British bastards.”

Lord Jourdain nodded. “It was, but I think we can exempt Lady Cuthbert from the ranks of bastardry for the time being. The emperor looks upon this as a chance to impress the outside world with our innovations.”

“Impress, eh? You mean he wants us to scare the pants of ‘em!” Lord Atwood cackled to himself. “Fine, fine! I’ll be happy to scare this young woman a bit. You know these symbols behind me?” he challenged her.

“I’m well acquainted with them,” she replied, a bit more tart than girlishly cheery now.

“Then take what I’ve got up here and solve for acceleration of an object through the specified magic-free zone, with the variables as given.” He rubbed his hands together. “If you can find a way to get it across our hypothetical barren wasteland, I’ll let you into my lab and show you some really scary work.”

“Fine.” Caroline snatched the chalk out of his hand and studied the board. After a minute of silence, she leaned in and began to write.

Anton would have continued watching, had he not heard the slightest creak of a rusty hinge behind him. He glanced back to see one of the doors to the private labs was open just wide enough to admit an observer to watch the proceedings. When whoever it was noticed Anton looking their way, the gap tightened. Tightened, but didn’t vanish. They were still watching.

Was this Lord Atwood’s student? A curious researcher? If so, were they curious about the equation, or about the visitors? Thaumaturges were notoriously cagey when it came to sharing their work, but these luminaries were only here at the allowance of the emperor. It seemed that that meant sharing was a given.

Lord Atwood peered at the equations. “Not bad,” he said at last. “You didn’t compensate for wind resistance, though.”

“That wasn’t part of the original symbology.”

“It’s part of the physics of the problem, girl, and the symbology is only as good as the reality that it works within. Still.” He stroked the sparse hairs covering his chin. “I suppose it’s good enough to warrant a peek at the lab. Bring the rest of these people, Jourdain, let’s see what they make of it all.” He began to wander away, and the party moved to follow.

Anton stopped one of the ever-present staff. “Would you be so kind as to take over conveying Dr. Grable for a moment or two?” he asked. Dr. Grable glanced up at Anton but didn’t object. The servant took over, and Anton glanced at the private lab again. The crack was still there. Taking a breath, he turned and began to walk slowly, softly, toward the door.
Posted by Cari Z at 11:23 AM