The Tank: Chapter Nine, Part One

Notes: Story today, yay! We're about to enter the machination phase of the book, so strap your thinking caps on and prepare to sally forth into (gasp) political and interpersonal manipulation! So exciting ;) 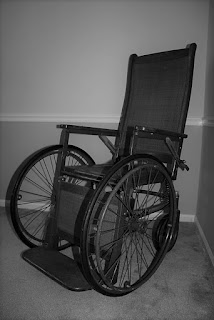 “A…tank?” Anton looked with new interest at the mechanical marvels roaming about outside. Now that he got a better look, he could tell there were in fact only three of them and not an actual herd…group? Battalion? Whatever you called a group of something like that in a military context. “As in a tank of water? A tank of, of fuel? Or are these magical too?”

“In the case of these particular beasts, I believe the engines are powered by petrol.”

“Really?” Anton couldn’t quite picture it. “Isn’t that enormously heavy?”

Dr. Grable shrugged. “The engines provide enough horsepower to overcome the inertia inherent in carrying the fuel, but it’s true, they can’t get very far on it yet. Steam might be more effective, but they’d still have the weight of the coal.”

“Why not magic, then? The way the airship does it?”

“Delicate magic,” Dr. Grable reminded him. “Very delicate, intricate magic acting on a highly unusual flotation system. The equations don’t yet exist that could allow magic to successfully long-term operate a machine like that. They will eventually,” he added with an air of resignation, “but they don’t yet. You must remember, this is a joint research facility. Magic informs science and vice-versa, but they also stand on their own.”

“If they’re already capable of things like this,” Anton began slowly, “what could they possibly need us for?”

“Judging worth. Remember? We’re not here for the quality of our minds, although I have no doubt you could run circles around some of the thaumaturges they have working here,” Dr. Grable said. “There is deep mistrust of their own people within imperial leadership, and for the first time I have to say I’m beginning to see why. Voclain dead, terrorist attacks, experimental airships at the beck and call of a lowly lumière…these are very strange circumstances, to say the least. I’m actually quite pleased to be here, now—we may indeed have the opportunity to thwart an act of sabotage.”

“You might,” Anton said. “I don’t share your ability at evaluating thaumaturgic equivalencies. I’m just here to assist you however I may.” He took in Dr. Grable’s cagey expression. “Aren’t I?”

“Is that woman fetching the wheelchair from the other end of the bloody institute?” Dr. Grable muttered, then patted the bed beside himself. “Sit down for a moment, lad.”

“You are certainly here to assist me,” Dr. Grable stated. “To help me with any thaumaturgically heavy lifting, so to speak. But yes, the primary task of evaluating the spells currently in production will fall to me and me alone. However, if my theory that an act of sabotage or falseness has already taken place and been detected, I find it very unlikely that another such act will be discoverable by someone like me. Whoever did it knows that they’re being watched. I could probably scour this place from top to toe and not uncover a whit of imbalanced magic, much less actual sabotage.”

“Which is where you come in,” Dr. Grable continued, continuing like he’d never paused for breath. “I am a figure who will, because of my reputation, necessarily be a part of a bustling crowd while I am here. This isn’t arrogance, it’s simply fact, and now that my leg is broken I shall have even less freedom than I might have had before. You, on the other hand, are a young man of excellent mind but few means. You will not be approached by people looking to buy your influence, because you have no influence. On the contrary—it would be considered strange for you not to try and ingratiate yourself with some of the resident thaumaturges and scientists, in case one of them might offer you a better path to solvency.”

Anton was dumbfounded. “You want me to…to what, act as a spy for you?” God, was there no escaping that fate?

“Only in a manner of speaking, and a crude one at that. What I want you to do is to look at the people behind the work they’re doing, not simply at the work itself. You’re better than most of the students I’ve had when it comes to understanding the mind as well as the mechanism. Look for someone whose work doesn’t line up with his or her aspirations, someone who professes one thing but secretly desires another.” Dr. Grable sighed, his shoulders slumping a bit. “I hate to put this sort of responsibility on your shoulders, Anton, but the truth of the matter is that neither of us would be here right now if all was well. Something in this beautiful, miraculous place is rotten, and we must discover what it is before the rot spreads. It could mean saving hundreds, thousand of lives in the end.”

“Or costing hundred or thousands of lives,” Anton had to point out. “This is a place that has dedicated itself to the pursuit and improvement of warfare. What if in rooting out a traitor, we’re actually making way for death to become even more efficient?”

“It’s only something to worry about when it’s your side that’s dying,” Dr. Grable replied bluntly. “The emperor hasn’t held his throne for the last fifty years by being a pacifist, but he hasn’t been a tyrant either. I don’t like the thought of integrating myself further into the machine, but I like even less the idea of uprisings and insurgencies springing up in every town and city with a suitably disaffected populace. It doesn’t take much for mild discontent to turn into a soul-lashing fervor, Anton. I’ve seen it happen many times before.”

He nodded his head toward the door. “You’re English by nationality, of course, so it’s not your fight, not yet. If you feel you can’t do this, I understand. Now, this very morning, is probably the last chance you’ll have to convince Lord Jourdain or the lumière to let you go.”

No. No, it was already far too late for that. It had been too late the moment Caroline entered the pictured. Camille had simply sealed Anton’s fate. “I’ll stay,” he said heavily.

“I appreciate that, my lad.”

Just then, Dr. Wictoryn reentered the clinic, a wide black leather wheelchair with silver fittings pushed in front of her. “It took me a while to find one that would suit your width,” she said acidly to Dr. Grable.

Anton sighed. Probably he could return to his room, cast the stasis spell, and be back before their argument finished. But no—he didn’t have his holdall yet. Perhaps it was in Dr. Grable’s quarters.

“I beg your pardon, let me help you move him,” Anton said at last, breaking into the building argument. He got under Dr. Grable’s arm and was helping him to his feet before Dr. Wictoryn caught her breath and realized she had work to do if she didn’t want her patient to end up on the ground. The transfer to the wheelchair went well enough, and afterward she escorted them out of her clinic with stern orders that culminated in “—ensure that I see him at least once a day, do you understand me?”

“Gasbag!” She slammed the door shut, and Dr. Grable chuckled.

“Once a day, eh? Lucky me! Now, let’s find my rooms and then order someone to give us a tour of this place.”