Notes: Rone and Cas sit down for a talk, we learn a little more about Imperian bullshit and Rone's kids, and food is eaten. Next up--preparing for covert combat! 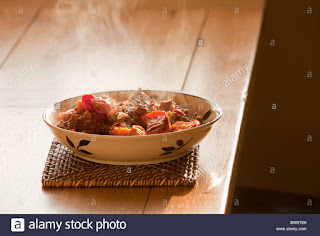 “I was about to go looking for you,” Rone said as Cas walked through their door, dinners in hand. “Did everything go all right?”

What was the best policy here? To prevaricate and bring up the issue of xenophobia more delicately, or to get straight to the point and be direct, but risk Rone overreacting? By the time Cas had set the trays down on their dining table, he’d decided. He needed to be as honest as possible with Rone—the man could check any story he gave him, after all. It was better to build trust now so he’d have some cushion later, than to lie and hope for the best.

“Well…it seems like a few of your soldiers aren’t very happy about me being here.” He took the covers off the plates and inhaled the savory steam that rose up. Mmm, hot food. He’d survived on field rations for months before Beren’s death, and fresh, hot meals were still very much a novelty.

Rone stilled for a second in the process of sitting down. “What happened, Beren?”

Nice play, keeping the ball in Cas’s court. He sat down across from Rone. “One of them confronted me in the mess hall. He told me I shouldn’t be here. He told me all Delacoeurians should already be dead, because we were fated to lose everything.” Cas looked Rone straight in the eye. “Is there something I should know about your religion? Because this seemed like kind of an extreme reaction to your boss marrying someone you don’t like.”

Rone was silent for a long moment before finally sighing and slumping back in his chair a little. “It’s complicated.”

Cas smiled a little. “Everything is complicated.”

“True.” He looked up at the ceiling for a moment. “Where to start…okay. Have you heard of the concept of manifest destiny?”

“It was an Old Earth ideology that held that settlers to a new land were meant to be there, spreading—in the classic American sense—freedom and democracy as they made their way across the continent.”

Well, that sounded somewhere between wildly idealistic and stupidly dangerous. “I see.”

“It was a popular nationalistic mindset. A sort of divine authorization of what people wanted to do anyway, which was to get whatever they could without a lot of regard for the people already living there, or for the people they enslaved along the way.” He tapped his forefinger against the table absently. “Early Imperians suffered significant hardships but managed to emerge from them stronger than ever. This gave the descendants the idea that not only were we meant to survive and thrive, but we were also destined for…supremacy, for lack of a better word.”

“Supremacy.” That was a term that Cas had heard plenty of times before. “Like how the Leelangers look down on Delacoeurians.”

What could be more extreme than lording yourself over an entire culture? “How so?”

“It’s…you have to understand a bit about what it was like waking up to fire, instead of ice.” His eyes were a little hazy as he spoke. “We have recordings of what the world looked like after the volcano erupted, and to say it was hard there would be disingenuous. Our people thought a way out of it, but the images look like they were living in a version of Old Earth’s hell. Surviving that made people proud, like we were blessed. That pride eventually became pridefulness.

“It only got worse once we made contact with the other planets in the system. Yuè, Shiva, Leelinge, Damson…none of them had held onto their spacefaring capabilities like we had. In fact, the only people who’d managed a transplanetary trip before us were the Delacoeurians, and things hadn’t worked out well for them despite all their ingenuity and drive. We told ourselves that because of this we were smarter, better than everyone else. We treated them that way too, and what could they do in response? We had better weapons, better ships, better products. We still do. And given our current foreign policy, that’s not going to change any time soon.”

The pieces coalesced into a picture in my mind. “So marrying me and bringing me along seems like an insult to other Imperians.”

Rone smiled, but it was more grim than amused. “Everything I do these days is an insult to other Imperians, whether it’s marriage or adoption or eating the wrong thing for breakfast. My soldiers aren’t bold enough to come at me directly, so they’re trying to intimidate you instead. Beren, I’m sorry about this. I never wanted to cause you trouble.”

Cas affected a tiny, demure shrug. “If you hadn’t helped me I’d be dead. I can handle your people not liking me. And not all of them were rude.”

“If they’re ever more than just rude, tell me. It’s illegal for me to police their freedom of speech too closely, but if they touch you…then I have other options.”

Cas thought it was sweet that he was prepared to stick up for him. Fortunately, he wasn’t going to need Rone’s help. He had more than enough experience at dealing with people’s prejudices. He picked up his fork and changed the subject. “Tell me more about your children.”

Rone raised one eyebrow in surprise, but went with it. “They’re Shivans, originally. Lilah is the nine-year-old, and too smart for her own good. She has a tendency to tell you exactly what she thinks of you, to your face.”

“Try telling your brother why your kid’s just called his head too fat for his crown, then you’ll see exciting,” he said dryly, but his expression was warm. “And Shar is five. He doesn’t talk a lot, not even to me, so don’t be surprised if it takes a few weeks for him to start speaking to you.”

“They’re very different personalities, and that tends to play into their dynamic. Lilah is…protective. And that sometimes manifests with aggression. She doesn’t like people telling her little brother what to do. But Shar, he’s a little ninja. Lilah will tell you off to your face, but Shar will creep into your room at night and leave a wormpod under your pillow.”

Cas was reluctantly fascinated by the thought of it. “What’s a wormpod?”

“It’s better not to know,” Rone assured me. “They’re my kids, though, and I love them. I’ve had them for the past two years.”

“When you adopted them.” So to speak. “Why not…” He was getting into dangerous territory here, but he wanted to know. “Why not let someone else on Shiva adopt them? Why not keep them in their own culture instead of bringing them to Imperia?”

Rone sat back and scrubbed a hand over his short hair. “That was my first choice, honestly, but due to how they were…brought to our attention, so to speak…my brother decided not to allow it. I was given two options: keep them myself, or hand them over to someone else who would see that they were taken care of. I couldn’t risk that, though. Partly due to our nationalism, cross-planetary adoption is seen as…well, it doesn’t happen often. And when it does, the results are often tragic. I decided they were safer with me.”

Ooo-kay. That was illuminating. Lots of things were becoming clear to Cas now.

He had wondered, years ago, why Imperia hadn’t bothered to step in for Delacoeurians. They had presences on every other planet in the system, they ran aid missions, they touted their philosophies of freedom and responsibility, so why not intervene to save them before it was too late? Now he knew. People like Rone, like Fillie, they were the minority on Imperia. Cas was going to have to take steps to ensure his own safety once he got there.

Of course, so was Christala. It would make tracking her harder, if he didn’t know how she operated like the back of his hand.

He’d been silent for too long. Rone hadn’t started eating again yet, looked concerned. Cas put on another smile. “I think they’re lucky to have you, then.” That much was true. He looked down and continued eating, and after a moment Rone joined him.

Knowledge was power, and Cas was learning more by the day. He’d have to take additional steps to protect himself on the ship.