Tempest is live on Amazon!

My Rainbow Award-winning m/m fantasy novel Tempest is now up on Amazon! You can find it here: Tempest 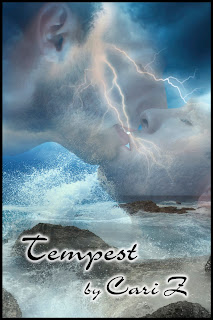 Love can change a soul. But can it save one life?

Colm Weathercliff is a simple fisherman with an uncanny some might say preternatural knack for his trade. He thought leaving his small village to take his father s ashes to the capital city of Caithmor for a proper burial would be the grandest adventure of his life.

At first, all his hopes seem to be fulfilled. He finds a home where he s accepted without question, the freedom to use his talent to its fullest effect, and love with Nichol, a man with a longing for the sea as powerful as Colm s.

But Caithmor holds as many dangers as it does attractions. Colm s greatest secret turns out to be a dark revelation that gets him and his family shunned and changes everything he thought he knew about himself.

The truth about his parentage, his gift, even his physical form could poison his chance for love. And doom both him and Nichol to a gruesome, inescapable fate.

This is the second edition of the book, with a different cover, but it's the same story. If you've already bought it, thank you! No need to do so again, you're not missing anything.

If you're following it in Wattpad, never fear! I will continue to post chapters there until the whole thing is up. But if you want to know what happens next faster (and after this next chapter, you totally will) then here's your chance.

You might be wondering, what's the point of putting it up for sale if you're just going to give it away for free? Well, I've been thinking about that a lot lately, and I'll write a blog post about it later this weekend.

In the meantime, enjoy, and happy Friday!
Posted by Cari Z at 8:48 AM