Notes: Action action action! Here, have a fight scene because I love you :) 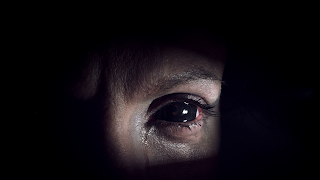 Thick fingers choked Cas just hard enough to keep his airway free, but cut off the blood flow to his brain. Cas slammed his forearms down in an effort to break the hold, but they hit body armor. His attacker was wearing most of a power suit—all but the helmet, which would have made him so tall he couldn’t have stood up even while crouching. Still, he was armored enough that even straining, Cas couldn’t reach his face.

“She said you’d come.” Cas could barely make out the face on the other end of the arm holding him—it was already blurring in his vision. A man with pale skin and red hair, and black, black eyes. Black eyes… “She said to test you. If you survived the test, you were the one. And here you are.” The grip tightened momentarily. “And you’re still alive. But not for long, Cas Farling.”

Cas kicked up with his legs, wrapping one around his attacker’s elbow to try and break his grip down while snapping the other out toward the man’s head and jamming it under his chin. He forced his attacker’s head back and slowly, painfully, pulled out of his arm’s weakening grip. Cas flipped into a crouch and started looking for a weapon even as he forced the phage into his larynx to start repairing the damage done. His hyoid bone shifted with an audible snap, and he winced.

“There’s nothing here for you to use against me,” his attacker said, squaring off again. “I looped and muffled the AI. It won’t respond without a fix. No loose metal, no bolt holes. No chance for you to escape.” He grinned. “She’ll be so happy with me for finishing you off. She’s going to let me live forever, like her.”

Black eyes, living forever, her…is he infected with the phage?

Did Christala figure out how to make thralls?

It was a question that would have to wait until Cas had the time to consider it. The tube behind him ended in a flat blank metal surface. The floor, sidewalls and ceiling were solid. The only way out was past the man bending over and grunting as he picked up the chunk of metal plating he’d dislodged in his first assassination attempt. He held it in front of himself like a shield and began to advance, crabbing along slowly but inevitably.

“I’ll crush you,” he said with a laugh. “I’ll crush you dead and she’ll reward me, because I’m worthy. She’ll bring me up with her.”

Cas evaluated the situation fast. He couldn’t go through the man’s legs or over his head, there was no room for that. The only way out was through, but he couldn’t reach past the metal plate to get at his attacker’s vulnerable head.

Fuck. He was going to have to do something he really didn’t want to and hope it didn’t blow up in his face. Cas raised his hand to his mouth and bit deep into the cut he’d made earlier, enlarging it. Blood welled at the broken surface, just barely hanging back with the phage’s help. Kill, Cas thought to the concentration of phage in the blood. Kill, kill, kill. Then he stepped forward, jumped slightly, and snapped his hand out, sending a huge drop of blood flying over the shield. It landed on his attacker’s right eyebrow, and a moment later dripped down into his eye.

The man laughed again. “Is that all you’ve got? I’m already gifted with her blessing. You can’t undo that with a little blood.” He drove the metal plate forward, intent on squashing Cas against the back wall like a cockroach.

Cas got both arms and legs up and onto the plate and pushed back with all his might. He wasn’t as strong as a man in power armor, not even with the phage’s help, but if he could just hold off long enough… Servos whined as his attacker put more of his weight into the press, and Cas felt a small bone in his ankle fracture. He grimaced and forced himself to breathe, forced himself to hold out, it wasn’t too late, it couldn’t be, he had to—

“Hkk-kkkah!” The pressure eased, the metal plate began to drop, and a second later fell onto its side as the man holding it groaned and brought both hands to his head. “Ah! AAaaaaaahhh!” His choked sound of horror turned into a scream, followed by a massive convulsion. He arched back onto the floor. Blood streamed from his nose and the corners of his eyes, then his ears. The phages were fighting inside of him.

Cas caught the edge of the metal plate before it could fall forward onto him. Fuck, it was heavy, and took his whole body to hold in place. He kept it up, though, winnowing through potential next steps as fast as he could and discarding most of them just as quickly. He couldn’t drop everything and run, leaving this person behind. This had been set up too carefully—if he ran he would throw suspicion onto himself, especially if he left behind a man who might not even die of the phage. He needed to—

He looked down at the man beneath him. His eyes were still black, but his voice was more…familiar.

“I always knew my phage was stronger than yours.”

He stared down at his attacker, dumbstruck. This was her voice, Christala’s voice. How had she managed that? He’d never heard of a phage maintaining such an intimate connection with its original host once transferred. And if it was the phage speaking right now…then hers had killed his.

“You’re weak,” she whispered. “Too weak to do what had to be done for our people’s survival. But I saved them from themselves. And soon, I’ll save them from you as well.” She smiled, and it might have been on a new face, but Cas would know that grin anywhere. “You’re going to die.”

Well, that answered the question of what to do with the metal plate. “You first,” Cas muttered, and let it fall. It hit the man’s face with a wet crack, like a snail being crushed inside its own shell. The body convulsed once more, then lay still. Blood began to seep out into the corridor.

There was no way Cas was getting close enough to let that touch him. He couldn’t run for help, though—how would he explain escaping so cleanly against a man in a power suit? He weighed the odds in his head, and in the end decided that it was worth the risk of being found. It would probably be Fillie, and she was his strongest advocate on board after Rone. She’d stick up for him.

Plus, he already looked like hell, so… Cas stepped over the body so he wasn’t trapped near the end of the corridor, lay down, and used the phage to knock himself out.

Everything went black.
Posted by Cari Z at 9:19 AM