Notes: Intrigue is coming down the pipe, so to get ready for it, have some lighthearted intelligence gathering by Cas :) 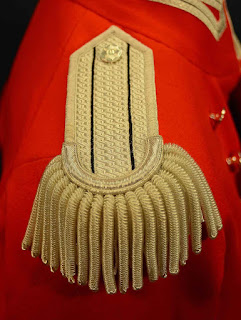 Rone actually did have to return to duty after the medical appointment, but he made sure Cas felt comfortable with the basic layout of the ship, the AI, and how to contact either Commander Hije, Dr. Weiss, or Private Fillie with his new implant if he couldn’t get through to Rone for some reason.

“Ship hours are kept differently than planetside,” Rone said as he pulled his formal uniform out of a hole that just opened up in the wall at his touch. Cas tried not to gape, both at the responsive technology and his husband’s nearly-bare chest. Good grief, the man was broad. What was the gravity like on Imperia, that it made such strongly-built people? “We run Alpha and Beta shifts, and each shift is fifteen sixty-minute hours. A standard Imperian day is thirty hours, and we simply carried it into space with us.”

“I understand.” That was longer than Cas was used to dealing with—Leelinge was closer to Old Earth norms at twenty-two hours in a day, but he would manage. He was accustomed to going long periods with little to no sleep, and the phage was highly adaptable.

“I work Alpha shift in the command center, and Darven takes Beta. On most missions I get to take the second shift off completely, but since we had to leave the diplomatic corps behind, I let them borrow a few of my engineers to keep their equipment up to speed. I’ll be spending probably half of each Beta shift covering for their losses.”

Cas frowned. “When will you take the time to eat or sleep?”

Rone smiled—charmingly, of course. Why was every damn thing he did charming? “You don’t need to be worried about me.”

Truthfully, Cas was grateful he’d get so much time to work on his own, but that wasn’t the way Beren would have behaved. “I think I do need to worry if you’re getting less sleep than you should. You’re the captain, you have to be at your best.”

“The chances of us running into any sort of significant difficulty between here and Imperia are very slim.”

“Even if they were nonexistent, it’s not a good idea to start rationalizing risky behavior. My brother did that too, all the time.” And Cas had, pushing Beren’s concerns aside as he strove for more—more power, more energy, more opportunities for Delacoeurians but mostly more chances to feel in control of his own world. He’d driven his brother crazy with worry. “He was good at what he did, but he couldn’t keep up that pace forever. And he didn’t. Eventually the Leelangers got the better of him.”

Rone looked at him silently for a long moment. “I’ll make you a deal,” he said at last. “I promise to spend at least five hours asleep in every thirty, and to join you for at least one meal a day.”

Well, that was more than Cas was expecting. He needed to get used to the idea that the person he’d married was actually a very accommodating man. Still… “Five hours in thirty doesn’t seem like very much.”

Rone looked away before he answered, “I’ve got advantages that other people don’t when it comes to handling a challenging schedule. I’ll be fine.” He buttoned up his bright red jacket and straightened the epaulets on his shoulders. “Now, I’ve got to get going before I’m late and Darven takes it out of my hide.”

“Is he allowed to do that to his commanding officer?”

“No. But he’s allowed to do it to his best friend.” Rone was still facing the other direction, but Cas could hear the smile in his voice. “You’ll learn to like him, I promise.”

“I’m sure I will.” In fact, Cas would go out of his way to learn how to get along with Commander Hije—he was a unique conduit to Imperian society that Cas would need to be able to take advantage of when Rone wasn’t around.

“And he’ll get used to you. It’ll all work out.” He finally turned back to Cas and held out a hand. “May I?”

Wordlessly, Cas took his hand. Rone squeezed it gently, then turned it over to look at the implant site on his wrist. “Are you sure there’s no residual pain?”

“None.” The numbing agent had done its work perfectly. Even the phage hadn’t stirred in response to the sting for more than a second.

“Good. Be careful with it for the rest of the day, though, all right?” Without letting go of Cas’s hand, he spoke toward the nearest wall. “AI, sync reminder to both our implants—dinner at twenty-six-hundred hours in the mess hall.”

“That’s twenty hours from now,” Rone added. “So you should have plenty of time to get comfortable on your own, catch up on your sleep and have a meal or two with Private Fillie. I’ve instructed her to be available to you for the rest of the trip back to Imperia whenever you need her.”

Cas wasn’t surprised. “Thank you. How long will it take to get there?”

“At regulation speed, five Imperian days.” Rone smiled. “Not long at all.” He cupped the back of Beren’s neck for a moment, paused as though he were about to do something, then thought better of it. “I have to go. I’ll see you at twenty-six hundred.”

“See you then.” Cas watched his husband leave their apartments, then walked over to the bed and fell onto it with a sigh. There was only the one, but from the sound of things, sleeping with Rone wasn’t something he was going to have to concern himself with very much. It was…actually, it was disappointing. Cas had never been one for relationships before, but Rone was attractive in all sorts of ways and it had been a very, very long time since Cas had gotten off with someone else. He was half tempted to proposition the other man, but again—he had to think like Beren.

Beren would never have been bold enough to directly proposition his husband of convenience, there was no way. But…he might have thought about seducing him. Playing a long game. Showing his interest in sweet, subtle ways. Beren could be surprisingly sneaky when it came to getting what he wanted.

Well, it was a start. Cas needed Rone firmly on his side anyway, so seducing him was as good a plan as any. In the meantime, though, he needed some questions answered. “AI?”

“How private are these chambers?”

“Only you and the captain have regular access to them. Anyone attempting to enter must either do so during a general alert, or have a medical override.”

Interesting. “What constitutes a general alert?”

“Combat or other actions resulting in structural damage to the ship.”

“And what are the circumstances surrounding a medical override?”

“If you or the captain are incapacitated within these rooms, and the spouse is unable to provide immediate assistance, the doctor in charge can institute a medical override from the infirmary. It allows a member of the medical staff to enter.”

Only from the infirmary? “But the doctor in charge would have to stay in his or her office to monitor the override?”

“Yes. Another staffer would be sent to enact it. This is common procedure if a large-scale rescue response becomes necessary. One person can manage remote teams and triage from the infirmary while their staff act on their instructions.”

That probably wouldn’t be necessary under the circumstances, but it was good to know what might happen. “What about the things I do here alone? How private are those?”

“If there were particular things I asked you to research…places, events, people…who would know about them other than you and me?”

“Except by direct order of the captain himself, any private interactions the crew have in their own chambers are unassailable.”

Not as locked tight as Cas was hoping for, given that he was married to the captain, but it was a place to start. “Thank you. Can you call Private Fillie for me and ask her to meet me here with the information I asked about?”

“Thank you.” The sooner he had the list, the sooner he could start finding the Big Three.